Doctors performed a 10-hour-long domino liver transplant on the kids in which one of the recipients becomes the donor and the first recipient gets a healthy donor liver. 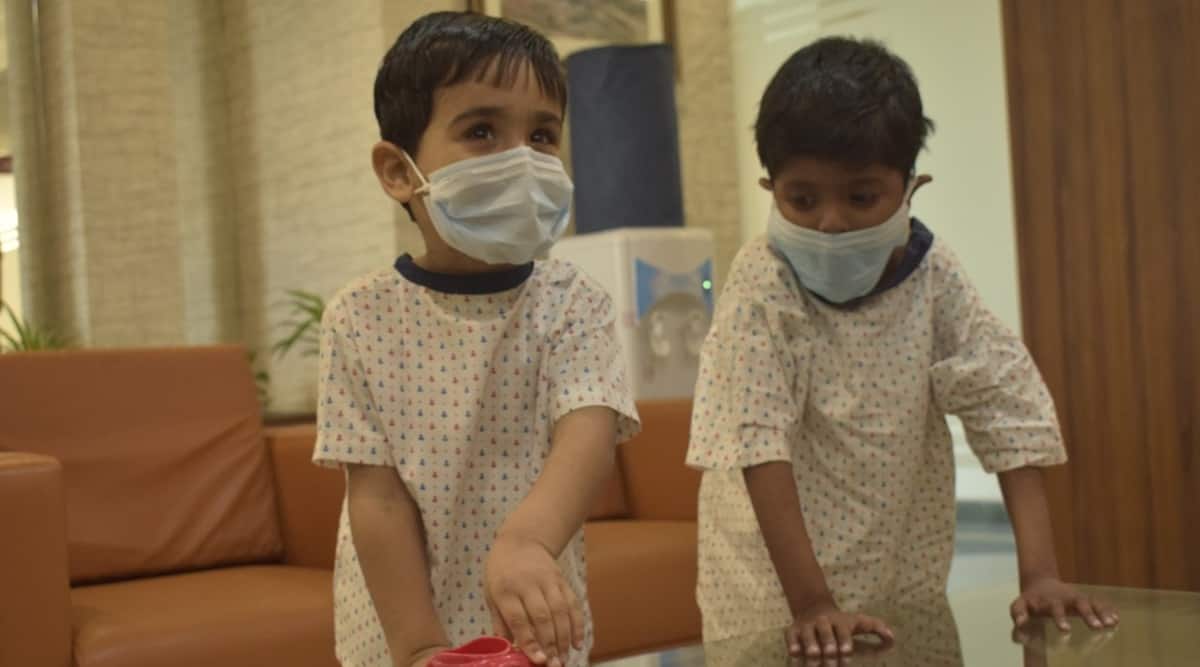 When three-year-old Alyazan Ahmed Sayed Khamis Al-Mashrafi was diagnosed with Maple Syrup Urine Disease (MSUD) — a rare genetic disorder in which the body lacks an enzyme involved with the metabolism of branched-chain amino acids — his parents wanted their child’s liver, which was in perfect shape, to be used for someone who is in need for it.

In a 10-hour-long complex surgery at a private hospital in Delhi, a five-year-old boy from the city finally had a new lease of life in the form of a new liver. The rare domino liver transplant was performed on the kids in which one of the recipients becomes the donor and the first recipient gets a healthy donor liver.

According to the doctors, the Omani kid’s liver was a perfect match for Pushkar Ojha who has been suffering from an advanced liver disease. However, his body does not lack the deficient enzyme like in the case of Alyazan.

Dr Subhash Gupta, one of the three lead surgeons at the Centre for Liver & Biliary Sciences at Max Hospital in Saket who carried out the transplants, said, “This is an extremely rare and challenging surgery. The Omani boy was suffering from an enzyme deficiency and the family was aware that the liver was not yet affected and can be transplanted into someone else’s body. Normally, this enzyme is present in the whole body. The family insisted that the liver should be used for someone who is in need as it was completely healthy. The recipient who will have the liver will have enzymes in the whole body. These children who are suffering from the enzyme deficiency have to be on a strict diet as they keep going into a coma which can be dangerous and fatal.”

With several people already waiting for donors, the team of doctors, in coordination with the family, chose Pushkar. According to the doctors, Domino Liver Transplant is a rare procedure as a liver transplant is usually done for a completely damaged one. The 10-hour-long surgery was performed in three different operation theatres simultaneously by three lead surgeons.

“MSUD is caused by the lack of an enzyme in the body. Once the patient gets a liver transplant, he can make enough of the enzyme in the new organ to overcome the shortfall that is there elsewhere in the body. In turn, an MSUD patient’s otherwise normal liver can be transplanted into someone else without passing on the disease as other cells in the patient can make the enzyme lacking in the donor liver. The disease can be treated with a very specialized diet which has to be strictly followed throughout one’s life. It is extremely difficult to sustain such a diet and hence, the actual treatment is a liver transplant,” said Dr Vikram Kumar, principal consultant, paediatric liver transplantation, at the hospital.