Another 700 applications have also been approved by the principal for which payment is pending, meaning that by Thursday, the college could potentially admit around 1,600 students for its total 975 seats. 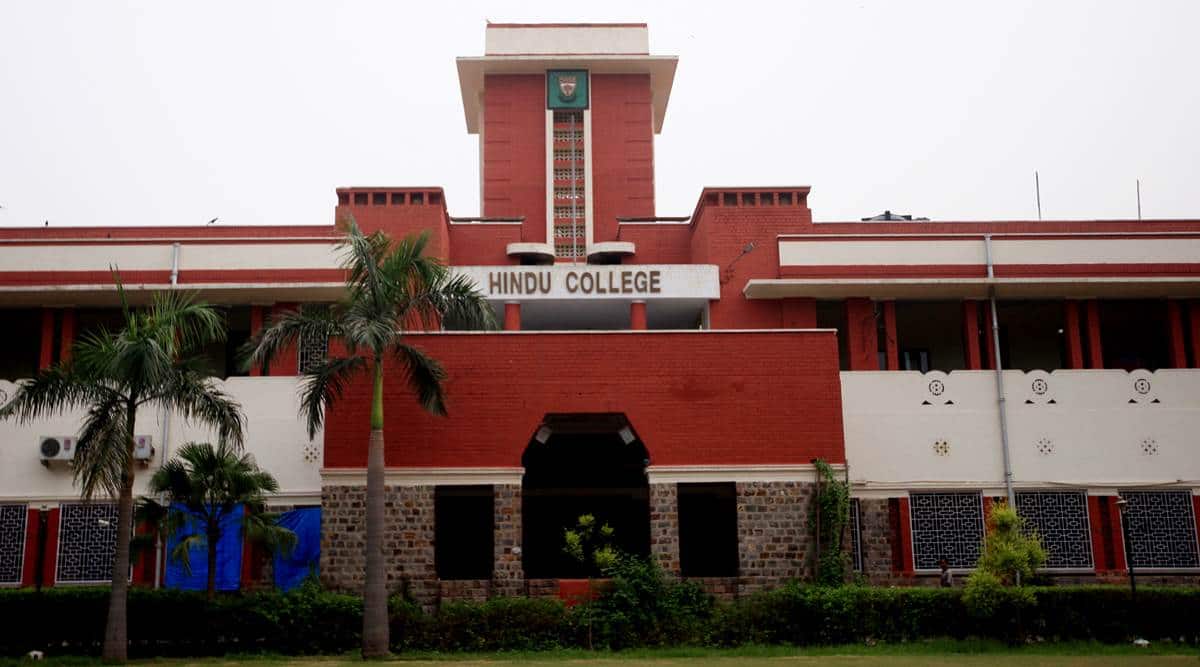 Hindu College is staring at an over-admission crisis across courses, with payment completed for around 900 applications by Wednesday evening. Another 700 applications have also been approved by the principal for which payment is pending, meaning that by Thursday, the college could potentially admit around 1,600 students for its total 975 seats.

Wednesday was the last day to apply for admission based on the first cut-off. However, applicants have time until 5 pm Thursday to complete payment. The second cut-off list will be released on October 9.

Overall by Wednesday evening, DU had received 59,275 applications for its roughly 70,000 seats. Of these, payment had been completed for 17,913 applications and a further 12,774 applications had been approved for admissions. This means that by the end of Thursday, DU could see around 30,000 admissions.

Courses apart from Political Science are also in high demand at Hindu. “We are have already filled many courses beyond capacity. Courses like Physics, Chemistry and BSc Physical Science with Chemistry will close in the second cut-off list. For all these courses, if we combine the number of paid and approved applications we are reaching figures between 150 and 180, which is almost double the number of seats we have. Even courses like Philosophy and English are likely to remain closed, at least for the general category,” said Hindu College Admission Convenor Manish Kansal.

Similar is the case at Miranda House — many of its popular programmes should be filled or close to being filled in various categories if payments are made. “There have been quite a lot of approved admissions against unreserved seats in courses such as Political Science, Physics, Chemistry and Botany. B.A. Programme has been slower so there might be a window of opportunity there, as well as in Philosophy,” said Principal Bijayalaxmi Nanda.

In other top DU colleges, many seats will still be up for grabs. At Ramjas College as of Wednesday, the principal had approved 410 admissions, of which 200 candidates had paid their fees. The college has 1,673 seats. However, in several popular programmes, the college has approved admissions to its capacity in various categories.“It is difficult to say where we stand after the first list until students complete paying their fees. However, our B.Com. (Honours), B.Com, Physics Honours, Maths Honours, Political Science Honours and History Honours programmes should be full in some categories if all the approved candidates pay their fees,” said principal Manoj Khanna.

At Kirori Mal College, roughly 420 of its 1,400 seats are likely to be filled by tomorrow. “Courses like B.Com Programme and English will most probably be closed for the general category in the second list. Our science courses have not filled up too much, so the percentage will drop a little there,” said KMC Admission Committee Convenor Siddhartha Lahon.

At Daulat Ram College, 360 admissions have taken place for 1,390 seats. “There are applicants for Economics, Philosophy is nearly full, and the B A Programme is doing well. However, we will not be closing any course in the second list. There will be a marginal dip in the cut-off,” said Principal Savita Roy.

Hansraj College has seen 536 admissions so far for 1,714 seats. At LSR, Principal Suman Sharma said there was a “huge rush”, especially for B A Programme courses.