The Met department has forecast more heavy rain or thunderstorms till Tuesday morning in most districts of south Bengal, including in Kolkata. 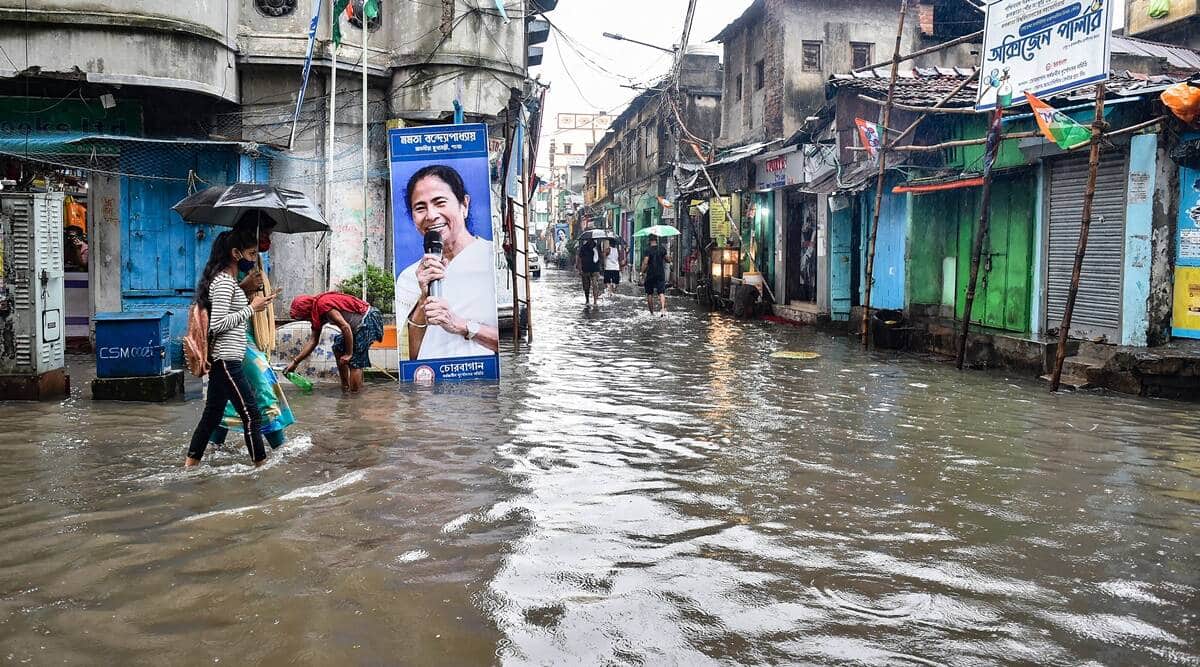 Torrential rains lashed Kolkata and neighbouring districts since the early hours of Monday, throwing normal life out of gear on the first working day of the week, as the Met forecast more downpour for at least another day.

More than 100 mm rain was recorded at different places in the city from 1 am to 7 am, submerging many important thoroughfares and low-lying areas under knee-deep water.

The drainage pumping stations of Kolkata Municipal Corporation recorded 136 mm rain at Dhapa, 115 mm at Kalighat and 109 mm at Ballygunge, an official said. The Met department has forecast more heavy rain or thunderstorms till Tuesday morning in most districts of south Bengal, including in Kolkata.

As per the Met department figures for 24 hours till 8.30 am on Monday, Kolkata received the highest rainfall in West Bengal at 142 mm.

The other places which recorded heavy precipitation during the 24-hour period are Canning (113 mm) in South 24 Parganas, Salt Lake (112.8 mm) and Dum Dum (95 mm) in the northern outskirts of Kolkata, as per the Met department data.

There were fewer vehicles on the streets since morning, but traffic snarls were caused owing to very slow movement because of submerged thoroughfares.

People trying to go to work had a tough time getting public transport as the strength of public buses and taxis was much depleted owing to the torrential rains.