The Indian Metereological Department (IMD) had said earlier that light rain is expected across the national capital region. 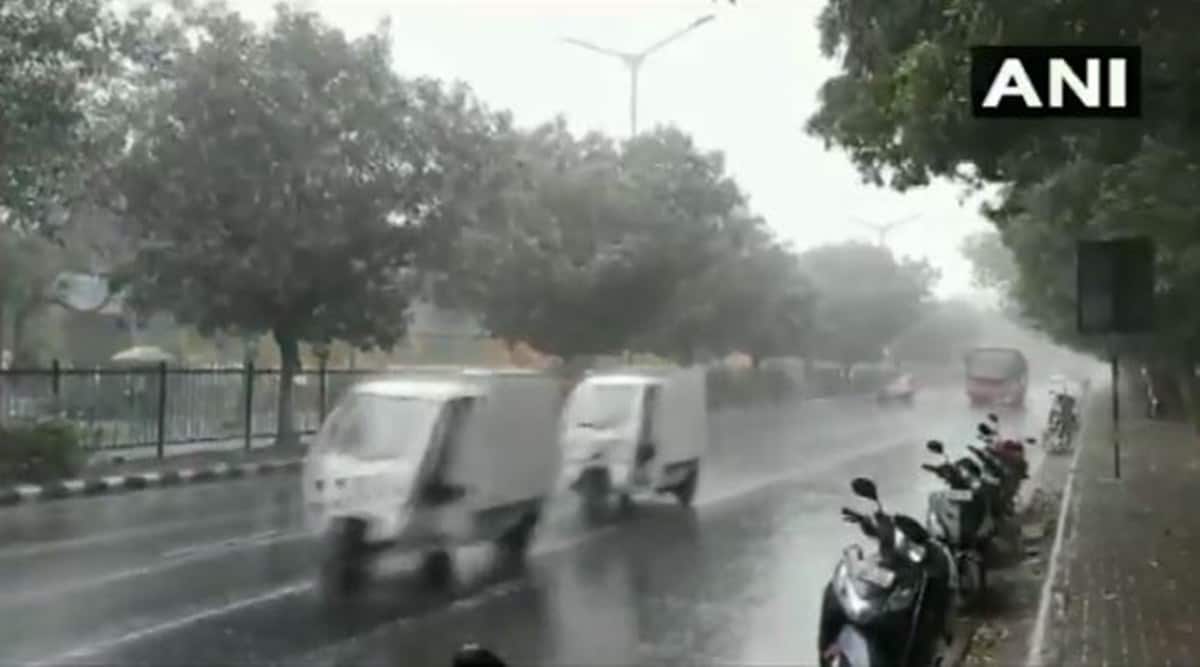 In a much-needed respite from a spike in air pollution post-Diwali, Delhi and nearby areas witnessed sporadic heavy rains that is likely to bring some relief. The Indian Metereological Department (IMD) had said earlier that light rain is expected across the national capital region.

“Isolated to scattered rainfall under the influence of fresh Western Disturbance by November 15 is also expected. These factors will greatly help in flushing out the impact of any additional locally generated emissions and biomass related impact to make AQI in the lower end of very poor by November 16,” SAFAR’s official forecast had said earlier today.

“Soon after rainfall stopped, we received a total of 57 calls for assistance. Due to rains, dust and other materials got accumulated on the roads which led to slippery conditions, said Atul Garg, Director, Delhi Fire Service.

The air quality in the national capital deteriorated to the “severe” category a day after Diwali on Sunday, with the Air Quality Index (AQI) at ITO area and Anand Vihar recorded as 461 and 478 respectively, according to Delhi Pollution Control Committee (DPCC) data. The neighbouring cities of Faridabad (438), Ghaziabad (483), Greater Noida (439), Gurgaon (424) and Noida (466) also recorded their AQI in the severe category. A thick blanket of smog enveloped several areas across Delhi in the morning, reducing visibility. But some relief is likely as wind direction is expected to change to south easterly, reducing the impact of farm fires on Delhi’s air.

With many Delhiites ignoring the cracker ban in the city, on Saturday night, the AQI was recorded as 414 — the worst AQI in the city since 2016 on Diwali. On Friday, it dipped to 339 — in the ‘very poor’ category. 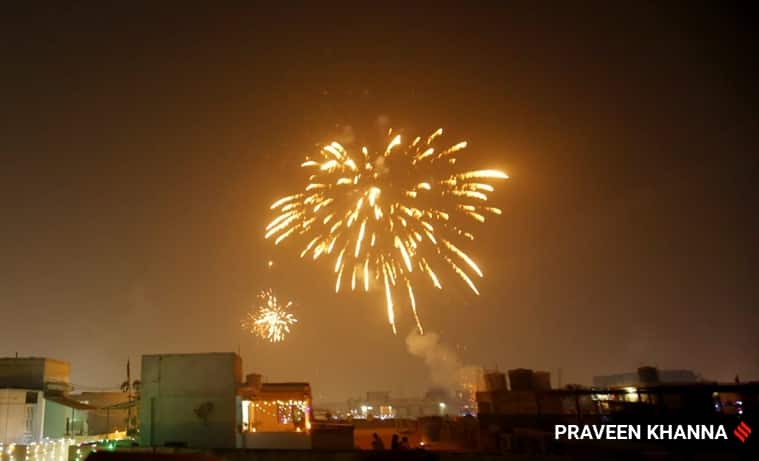 The city recorded a 24-hour average AQI of 337 on Diwali last year (October 27), and 368 and 400 in the next two days. Thereafter, pollution levels remained in the “severe” category for three days in a row.

The share of stubble burning in PM 2.5 also increased from 14 per cent on Friday to 32 per cent on Saturday owing to transport-level North-Westerly winds with adequate speed, SAFAR said.