The building at Banswala village had hit the national headlines for all the wrong reasons when a woman had accused 40 people of raping her inside the guest house in July 2018. 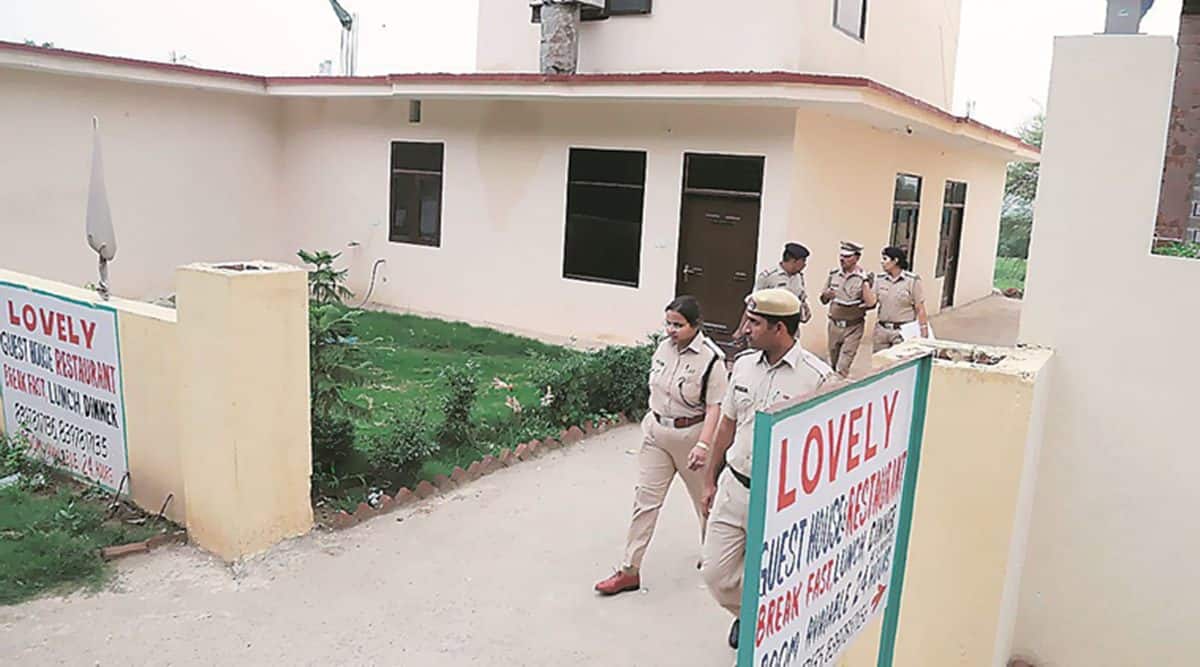 LOVELY GUEST house, a four-room structure situated on one of the link roads en route to Tikkar Tal in Morni, is now Gold Star Guest House. The building at Banswala village had hit the national headlines for all the wrong reasons when a woman had accused 40 people of raping her inside the guest house in July 2018.

In the subsequent action, at least four police personnel were suspended, two were shifted and 11 people, including the husband of the victim, were arrested. The husband was arrested under the charges of immoral trafficking, which were later added to the FIR registered at Chandimandir police station.

At that time, Lovely Guest House was a rented accommodation being run by one Sunny. The property was owned by two men: Karm Chand of Taparia village and Roshan Lal of Banswala village.

Now it has become Gold Star Guest House offering rooms on rent with breakfast, lunch and dinner. One of the owners, Karm Chand, runs a shop adjoining the guest house. He says, “We changed the name from Lovely Guest House to Gold Star Guest House. Nobody was ready to take room here. The old name was a stigma for us. Then we changed its name.

In 2018, we gave the property on rent to one Sunny. I along with my partner had signed a rent deed with Sunny, who is still lodged in the jail. We were interrogated by the police and later given a clean chit. People do come here but do not stay here. Area cops regularly come to check the records.”

Days after the gang rape, around 100 small, big roadside guest houses and hotels in Morni hills were temporarily closed. Most of these hotels were unauthorised. The hotel owners met government officials, local politicians and they were allowed to operate again their hotels after around six months. The district administration had once decided to impose The Sarai Act 1867 in Morni but the said law was very old.

ACP Raj Kumar of Panchkula police says, “The Morni gang rape case is sub judice. There is no provision of permanent seizure of a place related to the crime. I have to check the status of Lovely Guest House on the ground. Panchkula Deputy Commissioner recently issued notices against several hotel owners under Punjab Village Common Land Regulations Act, 1961. The owners will have to submit reply. I will check the status.”

A source said, “Criminal charges against all 11 accused were framed. The case is under trial. Evidence is being recorded.”

Recently, another immortal trafficking racket reportedly being operated by a retired Haryana Police inspector was busted in Morni. The raid was conducted by a team of ACP Raj Kumar.
Besides this, Morni area has witnessed heinous crimes, including murders and incidents of road rage. A local priest, Duli Chand, was murdered outside the shrine by a group of youths, who were drinking alcohol in public view in 2014. In November 2017, a man from Pehowa in Kurukshetra was arrested for killing his two nephews and one niece in Morni Hills. The accused was identified as Jagdeep Malik.

“The Morni gang rape was a dent on the image of Haryana. It had tarnished the image of the state. The area has a huge potential to make its own identity. Apart from the 2018 gang rape, there were countless incidents involving violent crimes, hooliganism, which portrayed this area as a den of crime,” said a member of Shivalik Development Board.