"There were 12 fishermen aboard these boats and they were asleep when the boats were caught in squally winds and rough sea around 12 am on Thursday," said Gir Somnath district collector RG Gohil. 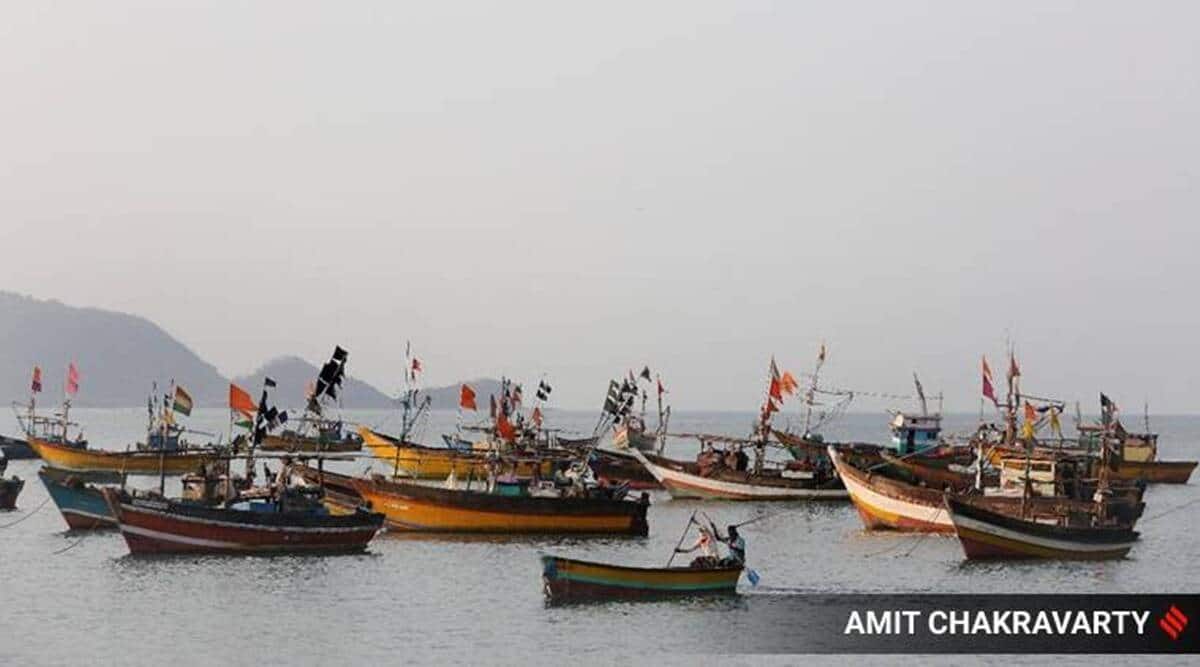 Eight fishermen were reported missing after eight anchored fishing boats collided with each other and overturned due to stormy weather caused by a cyclonic circulation over the Arabian Sea at Nava Bandar harbour in Gujarat’s Gir Somnath district last night.

Gir Somnath district collector RG Gohil told The Indian Express: “There were 12 fishermen aboard these boats and they were asleep when the boats were caught in squally winds and rough sea around 12 am on Thursday. The boats were damaged and they capsized following the collision. While four fishermen managed to swim to safety, eight are still missing.”

Gohil said that the Indian Coast Guard, local police and fishermen had launched a search and rescue operation. “The Coast Guard has launched a Dornier aircraft and a helicopter for searching and rescuing the eight missing fishermen. However, there is no breakthrough as yet and the operation is still on,” the collector further said.

High-velocity winds, accompanied by light rainfall, swept through the Saurashtra region of Gujarat on the intervening night of Wednesday and Thursday under the influence of cyclonic circulation in the Arabian Sea. The state government had warned fishermen not to venture at sea due to the inclement weather and the Gir Somnath collector said that the fishermen reported missing had returned to harbour following the warning.

Meanwhile, Gujarat Chief Minister Bhupendra Patel talked to the Gir Somnath collector and instructed him to monitor the search and rescue operation. An official release said that the CM had also instructed chief secretary Pankaj Kumar to keep a watch over the situation.