The statement alleges that since the Additional Director Jasbir Singh has taken up his charge at the hospital, he has been “unfairly dismissing” staff who have been “working sincerely since the last 15-20 years at the hospital”. 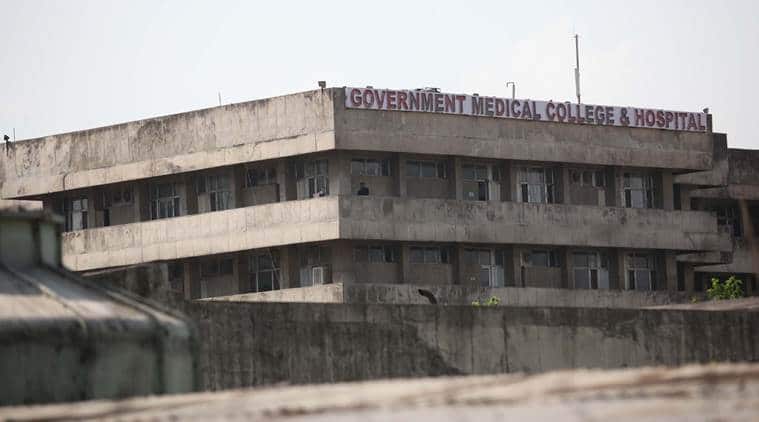 The sanitation workers’ union at Government Medical College and Hospital (GMCH) 32, issued a statement claiming that they have been unfairly placed as relievers upon “false” complaints by nursing staff.

The statement alleges that since the Additional Director Jasbir Singh has taken up his charge at the hospital, he has been “unfairly dismissing” staff who have been “working sincerely since the last 15-20 years at the hospital”. “Some of us have been working here since the past 15 years, and we have been carrying out our duties as always, and suddenly they find our work unsatisfactory? This is a false charge carried out by the nursing staff against us,” said Rajinder Mangwana, chairperson of the sanitation workers’ union.

The union members allege that their work is limited to cleaning the tiles, windows, washbasins and walls. They cannot be asked to carry out any other duties beyond this. “However, some nursing staff ask the attendants to do some personal work for them such as fetching water or tea or any other personal chore. All of the attendants’ work in turn befalls on us and our duties double. When we refuse to do extra work, the nursing staff complain about us and this is why we are getting punished now,” the union chairperson said.

Jasbir Singh, the Additional Director of the hospital, states that only those who have not been carrying out their duties have been disciplined by being placed as relievers and transferred from their otherwise permanent charge. “This is just to ensure that people work. We have become stricter to ensure that no one slacks or takes their duties lightly, this has got nothing to do with anything else,” said Singh. He said that the union leaders held a meeting with him Thursday and the miscommunication between the sanitation workers and the administration has been resolved.

“I told them that as soon as people start performing their duties well again they will be reinstated to their permanent charge. As for people being asked to carry out some chores such as fetching water for nurses, we have clear orders that such work need not be carried out by the cleaning staff,” said Singh. “But if they asked to help out and so some work beyond what is stipulated, why is it a big deal?” he added.