Currently, Punjab needs around 6 lakh tonnes of pulses, but its own production is around 36,500 tonnes – including 16,500 tonnes of Kharif and Rabi pulses and 20,000 tonnes of summer pulses. This is only 6 per cent of the total consumption requirement of the state. 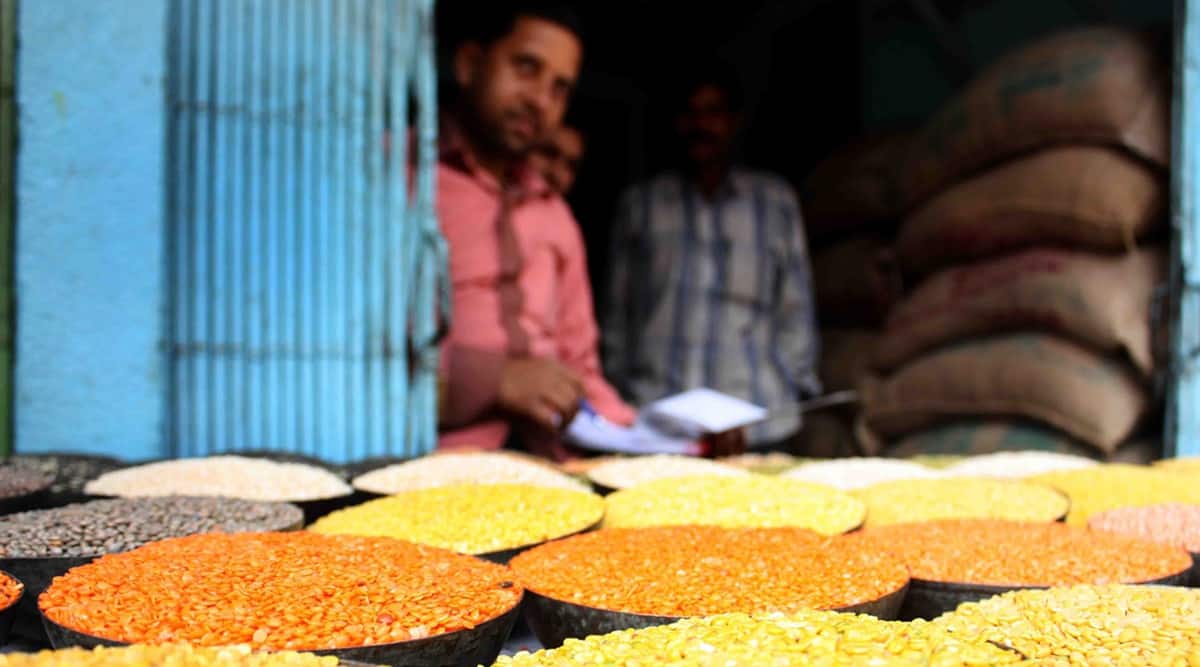 Amid apprehensions of shortage of pulses in the country in the pandemic year, agriculture experts in Punjab say that it was time for the state to focus on growing pulses again to help itself and the nation.

In the 1960s, Punjab cultivated pulses on almost 54 times its present area under pulses. The state grows pulses during Kharif (June to October), Rabi (November to March) and summer (March to June) seasons. Moong and mash are grown in Kharif and summer seasons, while gram and masar are grown in Rabi season.

In early 2000s, Punjab had ventured into growing summer pulses and had dedicated 78,000 hectares (over 1.92 lakh acres) area to it in 2010-11. This has now reduced to 22,700 hectares. The summer season pulses are not grown during the wheat and paddy season.

Punjab’s productivity of pulses is also more than the all india average as the state has 954 kg production of pulses per hectare against 826 kg nationwide production per hectare. This is the reason that experts believe that Punjab can play a major role to meet the pulses shortage.

“Punjab needs to increase area under pulses both Kharif and Rabbi pulses as it will break the wheat and paddy cycle, but for that government must support farmers to get the reasonable market price,” said renowned economist Sardara Singh Johal.

“Even the semi-hilly rain fed areas in Hoshiarpur, Pathankot, Gurdaspur, Nawanshahr, Ropar districts can adopt pulses and maize during Kharif as this will save huge amount of groundwater and make farmers come out of the wheat and paddy cycle,” said the officer.

Currently, Punjab needs around 6 lakh tonnes of pulses, but its own production is around 36,500 tonnes – including 16,500 tonnes of Kharif and Rabi pulses and 20,000 tonnes of summer pulses. This is only 6 per cent of the total consumption requirement of the state.

“Even by reviving our pulses area of 1960s and adding little more to it, Punjab will not only be able to become self-sufficient in the pulses production, but it will also serve the nation the way it has been serving in foodgrains for the past over 5 decades. Punjab can supply almost half million tonnes pulses to the national kitty after meetings its own need,” said Jagmohan Singh, General Secretary, BKU (Dakuanda), adding that farmers have been demanding the MSP of all crops for fthe past six months while sitting at Delhi borders.