During the lockdown last year, 29-year-old archer Harvinder Singh would train on his farm at Ajitnagar village in Kaithal district, Haryana, to keep him match fit. Singh, who won India’s first individual gold in archery in 2018 Asian Para Games, would suffer from dengue fever months later before joining the national camp at Sonepat in […] 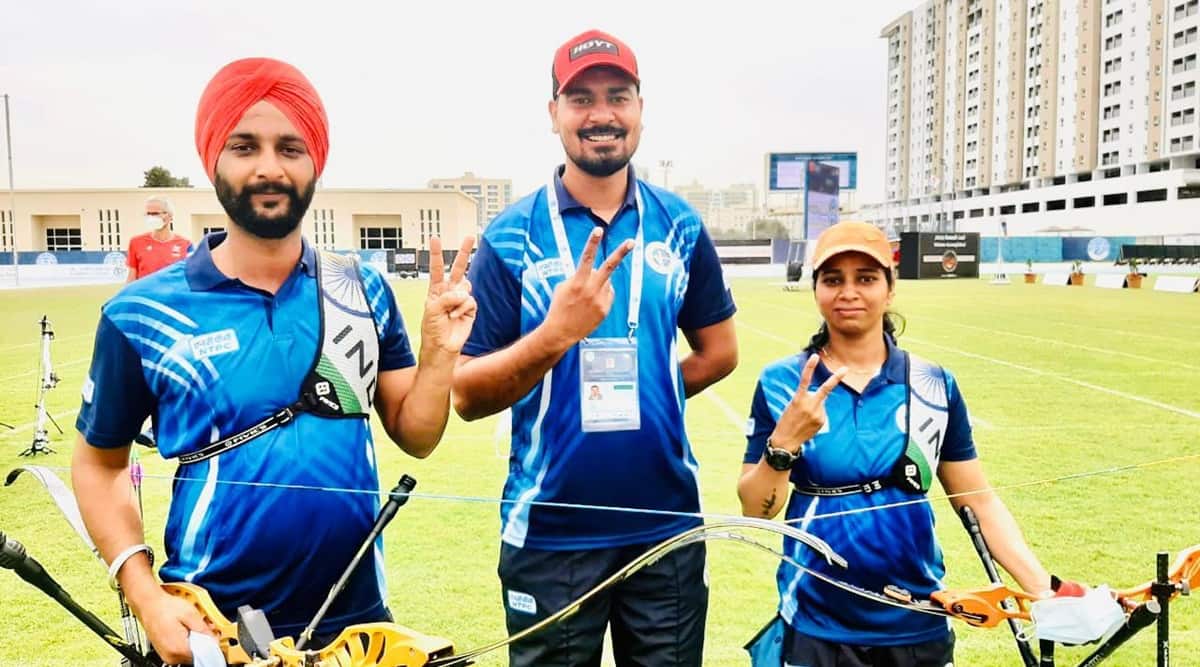 During the lockdown last year, 29-year-old archer Harvinder Singh would train on his farm at Ajitnagar village in Kaithal district, Haryana, to keep him match fit. Singh, who won India’s first individual gold in archery in 2018 Asian Para Games, would suffer from dengue fever months later before joining the national camp at Sonepat in October last year.

On Thursday, Singh paired up with 2016 Rio Paralympian Pooja Khanna of Rohtak to claim the gold medal with a 5-4 win over Turkey’s Merve Nur Eroglu and Sadik Savas in the mixed team recurve event in the Fazza Para Archery World Ranking Tournament in Dubai in what was their first international competition in more than a year.

“It was our first international competition after the Asian Championships in October 2019. The conditions were a lot different as compared to India at this time of the year. The weather here was hot and windy and it took us some time to adjust to these conditions.
While I lost in the quarter-finals in the individual event here, this gold medal in the mixed team recurve event will boost my confidence with six months remaining for Tokyo Paralympics. With the postponement of Tokyo Paralympics last year, it meant that we had to reboot our training again. It’s good to be back in the international arena,” said Singh, who had earned the quota for Tokyo Paralympics with a joint ninth-place finish in the World Para Archery Championships in the Netherlands in 2019.

The 30-year-old, who had scored a 6-0 win over China’s Zhao Lixue in the men’s recurve final in the W2/ST category in 2018 Asian Para Games, was part of the bronze medal winning men’s recurve team along with Rajesh Kumar and Vivek Chitkara in Asian Para Archery Championships in October 2019.

Prior to the Asian championships, Singh was among the four Indian para archers who had earned the quota for Tokyo Paralympics in the World Para Archery Championships in the Netherlands.

In February, Singh had competed in Las Vegas, USA, and was planning to train in South Korea before the lockdown happened. Singh resumed full training during the national camp organised by Archery Association of India at Sonepat in October last year. He maintains it was a bit tough resuming the full training.

“While I trained at my farmland, I also focused on physical training with online videos by Olympic Gold Quest physiotherapist Abdul sir and my coaches Jiwanjot Singh and Gaurav Sharma. Prior to the national camp, I suffered from dengue fever and my platelets got low. So making a recovery and to resume full training after four-five months of training at home was a bit tough. Out of three months of the national camp, I was in quarantine for 21 days in total due to the strict measures at the camp about rejoining. The training sessions helped us mentally. SAI and AAI have given us full support for training at Sonepat and competing in Czech Republic ahead of the Paralympics will help my form,” Singh said.

Thirty-year-old Pooja Khanna, who had become the first Indian archer to compete in Paralympics in the Rio Paralympics 2016, had spent time at Bhiwani initially during the lockdown undertaking Covid-19 duty being a senior coach with the sports department.

The Rohtak archer had last competed in an international event in the form of Fazza Para Archery event in Dubai in April 2019 and is now hopeful of bagging a Paralympics quota in the qualifiers world ranking event in Czech Republic in July.

“While I did Covid-19 duty initially for some months at Bhiwani, I would also attend online fitness sessions by AAI. I was aiming for some changes in my technique like correcting my bow hand position, back position change under my coach Deepak Malik at Rohtak on weekends and it helped my game. Competing here at Dubai helped me to gain some rhythm and I hope I can seal the Paralympics quota in Czech Republic,” Pooja said.