Krishnamurthy S had acquired the half-acre land in North Bengaluru’s Vaderahalli village in 1995. Despite a court order in 2017 to review the matter, the title registration remains pending 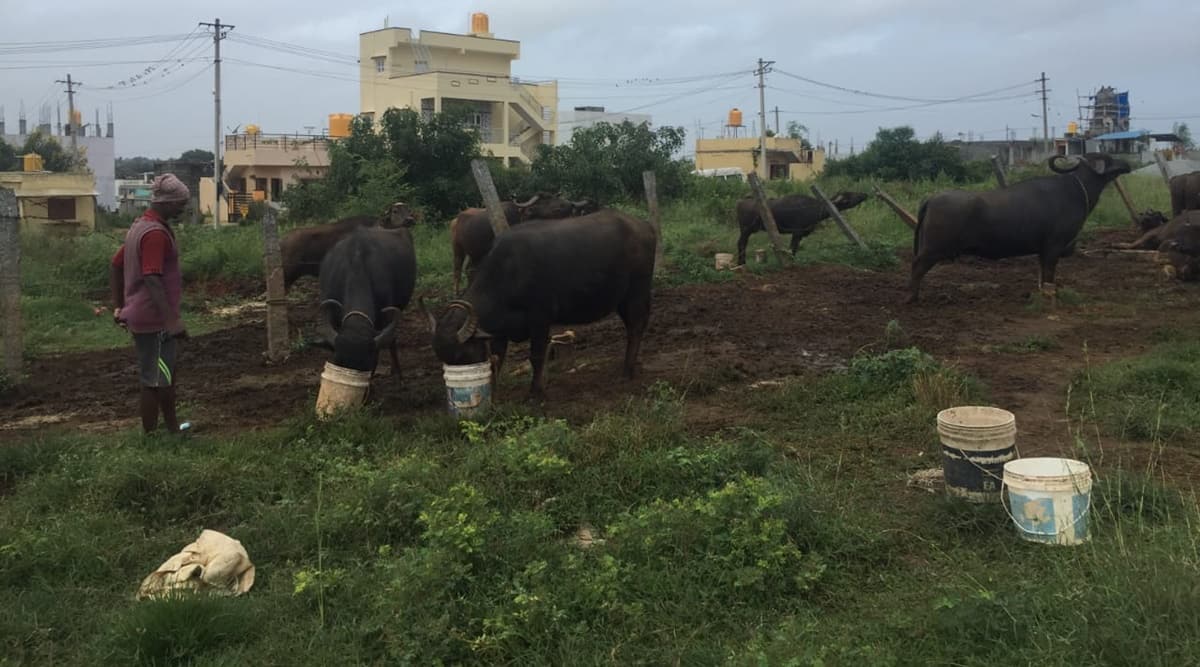 An 82-year-old former Indian Air Force officer has been unsuccessfully trying to get a khata (land title) registered in his name for over 25 years and his son has now, as a last-ditch effort, resorted to social media to draw attention to the matter.

Krishnamurthy S, a war veteran, had acquired the half-acre land from a private individual in North Bengaluru’s Vaderahalli village in 1995. After getting the sale deed registered at the Sub-Registrar’s office, he was unsuccessful in getting the land title recorded in his name. He ran from pillar to post spending his life’s savings on touts and agents who promised to get the documents registered.

In 2017, his son Mohan K moved the Karnataka High Court which, in turn, directed the office of the Bengaluru Deputy Commissioner (DC) to review and adjudicate the matter. “It is also made clear that if any enquiry is required to be initiated in the matter, the authorities concerned are directed to initiate the same within four weeks from today and the same shall be concluded within six months,” the November 2017 order stated.

Nevertheless, the matter remains pending with the DC office. Krishnamurthy developed Parkinson’s disease later and was unable to pursue the matter.

Meanwhile, some locals have encroached the land. Speaking to The Indian Express, Mohan said: “In the past one year, review of revenue records and Revenue Court Case Monitoring System (RCCMS) show that a few similar cases in Vaderahalli have been adjudicated and khata registered by officials. However, there is no update on the Krishnamurthy case. In the meantime, some locals have encroached the land and have removed the roof of the shed marking the property and are also using it as a buffalo shelter.”

Mohan claimed that agents have approached him asking for 10-15 per cent of the “current market value” of the land to get revenue officials to adjudicate the matter and get the khata registered. “All this makes me wonder if there are any honest officers in the Revenue Department,” he remarked.

Mohan has now started a social media campaign highlighting the issue with a petition on change.org. Over the past few days, the campaign has garnered nearly 500 signatures in support. The petition requests Revenue Minister R Ashok to direct officials in the Bengaluru DC office to review the matter at the earliest.

“The registration has been pending for nearly 25 years for some technical reason that officials haven’t been able to explain. Please ask officials of the DC Office to review and adjudicate the matter at the earliest. After all, Justice delayed is Justice denied,” he pleaded.