"The arrest of Haryana Public Service Commission (HPSC) Deputy Secretary Anil Nagar and others has made it clear that it is the country's biggest job scam. This is bigger than the Vyapam scam,” said Surjewala. 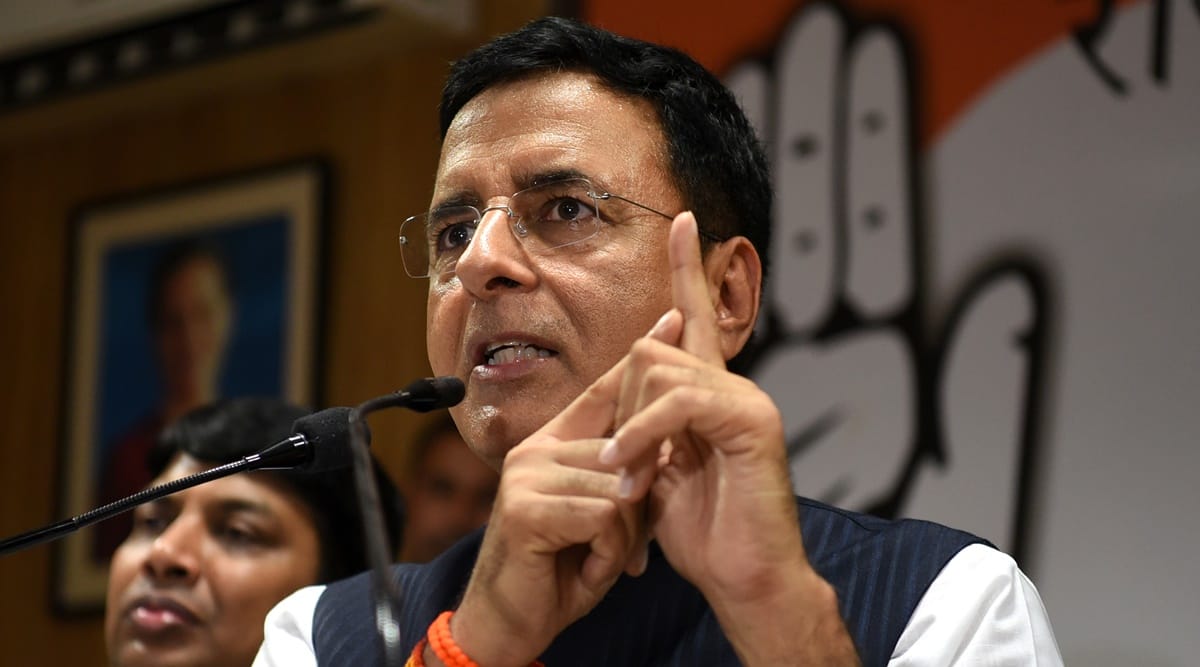 Senior Congress leader Randeep Surjewala Tuesday accused the Haryana government of “indirectly” handing over both its recruitment commissions to private players and demanded that the alleged irregularities in the recruitment for dental surgeons, which he termed as “bigger than the Vyapam scam”, be probed by a special investigation team that is monitored by the chief justice of the Punjab and Haryana High Court.

“The arrest of Haryana Public Service Commission (HPSC) Deputy Secretary Anil Nagar and others has made it clear that it is the country’s biggest job scam. This is bigger than the Vyapam scam,” said Surjewala.

Nagar and two others were arrested by the Vigilance Bureau last week for allegedly manipulating marks of candidates who appeared in the written examination for recruitment of dental surgeons, conducted in September. Nagar is alleged to have demanded and accepted illegal gratification worth crores of rupees.

“Private companies are preparing papers, managing the centres, and issuing roll numbers. Private companies are conducting recruitment exams, scanning OMR sheets, preparing results, and taking decisions on objections to the answer keys. Everything is in the hands of private companies and their contractual employees like Ashwini Sharma (arrested with Nagar) have no fixed accountability,” said Surjewala.

“If there is some hue and cry, then one company is blacklisted and a new company is floated with another name and contracts get awarded,” he added.

Addressing a press conference, Surjewala claimed that Nagar and Sharma have confessed to have filled the answers in eight OMR sheets.

“The question arises, how many more such OMR sheets would have been filled in this manner?” he asked, adding: “The OMR sheets about which Nagar had confessed, were not recovered. It is surprising that the responsibility of the strong room was also given to Nagar instead of the Secretary of the HPSC.”

He asked who had given the responsibility of management and maintaining secrecy of all important recruitments to a junior state service officer like Nagar, who had joined service only four years back, while bypassing the IAS level HPSC secretary.

Surjewala said that claims of merit, transparency and no “kharchi parchi (bribe, favouritism)” made by the Manohar Lal Khattar government in Haryana have fallen flat. In addition to the latest scam, there have been 32 more paper leak cases during the last seven years of the BJP-led government, he claimed, adding that the HPSC has now become “Haryana Posts Sales Counter”.

The Congress leader said that both HPSC and HSSC should be disbanded immediately. Before any new recruitment, a panel of experts should be formed and their recommendations should be made public before being implemented, Surjewala said.

“This job sales scam of Haryana should be investigated by the SIT under the supervision of the chief justice of the high court, not by the agencies of the Haryana government. We also demand that CM Khattar apologise to the youth of Haryana”.