An SGPC official who did not wish to be named, said: “There is no protocol in place about what to do if we found any old structure that could be part of Sikh history. So when old structures emerged outside the Golden Temple during digging then construction men on spot just tried to bury them. It was like standard procedure.” 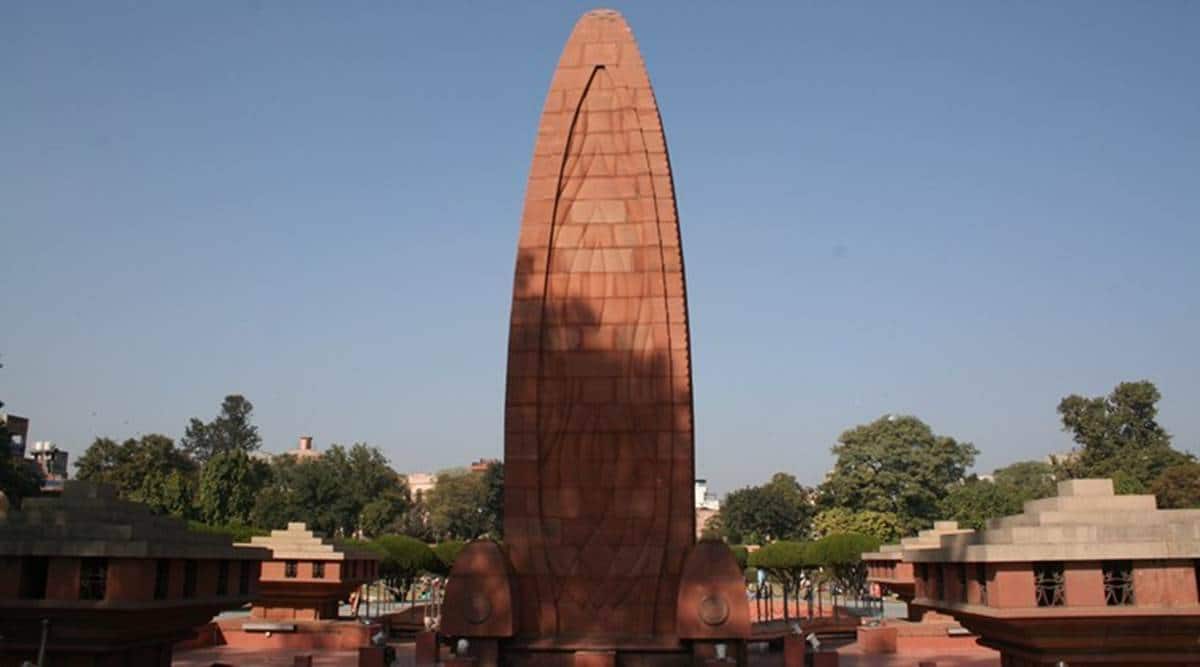 A SCUFFLE over a tunnel-like structure being discovered during excavation work near the Golden Temple in Amritsar on Thursday has put the spotlight on the issue of the Shiromani Gurdwara Parbandhak Committee (SGPC) not having a policy on heritage buildings.

A clash had broken out between a group of construction volunteers and Sikh activists near the Akal Takht secretariat outside the Golden Temple while the former were trying to fill concrete into underground tunnel-like structures discovered while they were digging up the place. Despite the objection of some heritage activists, who wanted the structures to be examined, SGPC initially didn’t stop the work, but later relented.

SGPC president Bibi Jagir Kaur on Friday said, “Excavations at the upcoming Jora Ghar site in the past few days have revealed some antique looking room-like structures which are made of small (Nanakshahi) bricks. The opinion of experts on its antiquity and historicity is being sought. The SGPC has discussed the matter with experts from Guru Nanak Dev University (GNDU) and is seeking the services of other experts and historians. The deputy commissioner (DC) of Amritsar has also been asked to look into the matter through the Archaeological Survey of India.”

An SGPC official who did not wish to be named, said: “There is no protocol in place about what to do if we found any old structure that could be part of Sikh history. So when old structures emerged outside the Golden Temple during digging then construction men on spot just tried to bury them. It was like standard procedure.”

Amritsar city witnessed huge destruction at the hands of invaders during the 18th century. The Golden Temple itself faced destruction several times in the 18th century and every time, Sikhs would gather reconstruct the damaged structures in a hurry.

The British also constructed a clock tower outside the Golden Temple and leveled many structures.

The SGPC itself demolished many old structures to widen the area of Parikarma, a project which started in 1955.

After Operation Blue Star too, the ‘Galliara project’ also led to demolishing of some old structures.

SGPC chief secretary Harjinder Singh Dhami admitted that employees on ground didn’t pass the information about the old structures that emerged during digging. “The controversy grew out of proportion as our men on ground didn’t inform us about the development on time,” he added.

The SGPC has a heritage committee to look after old buildings. However, this committee too didn’t issue any directions.

“As per studies, no wooden logs or wooden bars were used in roofs of the buildings, before three centuries ago.The roofs were constructed using the technique of ‘arches’, in which only trapezium shaped bricks and specially prepared binding material was used. From this point of view, the buildings found at the excavated site seem to have been built using such centuries-old techniques.The final inferences would be made by experts, but the excavated buildings bring to mind a time of turmoil for the Sikhs, centuries ago. They might have constructed underground dwellings when they had to fight with the invaders to protect Sri Harmandir Sahib,” said Harjap Singh Aujla, an engineer, Patron Amritsar Vikas Manch.

Principal Kulwant Singh Ankhi said, “If experts name these buildings as basement of the ‘bungas’, these are of great historical and religious importance as they are part of the daily ‘ardaas’ (prayer). ‘Chaunkian, jhande bunga jugo jug atal’ is the part of the daily ardas performed in every gurdwara and after each religious function. Chaunki refers to a session of kirtan, jhande refers to Nishan Sahib and bunga means a dwelling place.”

He added: “These centuries-old underground heritage buildings must be preserved and opened to devotees, historians and travelers after proper and technical restoration. Being a unique attraction, these would be instrumental in boosting the tourism industry in the holy city.”