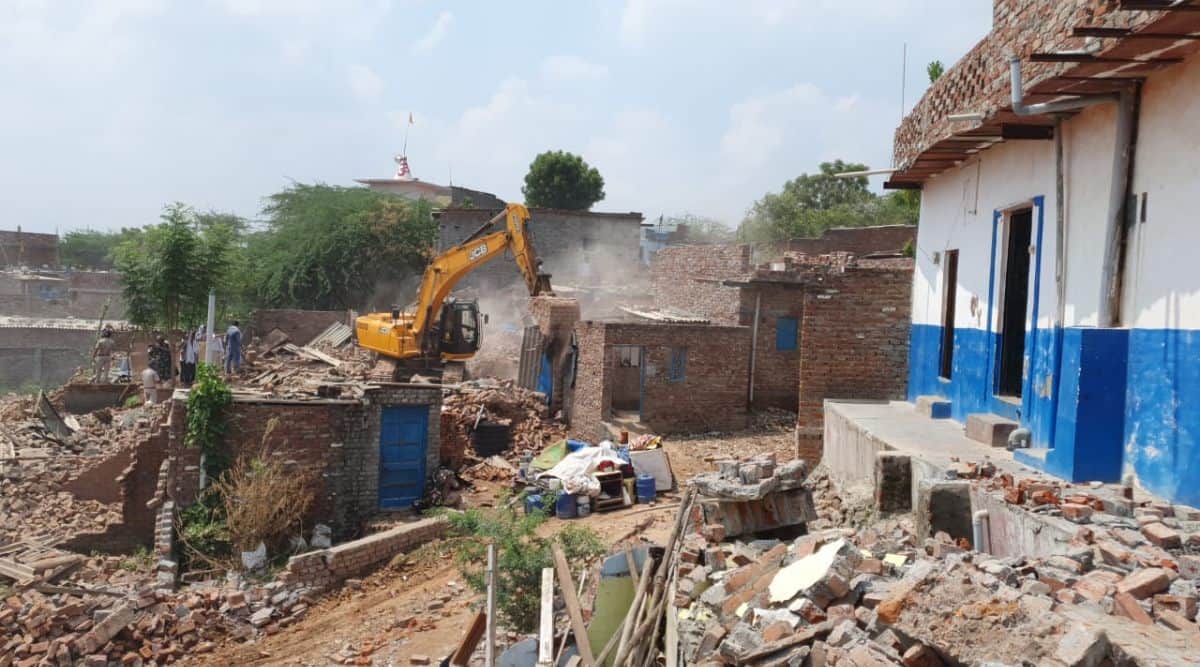 For the third day in a row, the Municipal Corporation of Faridabad (MCF), along with police, arrived at Khori village on Friday morning and continued demolishing structures in the area.

According to officials, work will continue till evening as they look to meet the six-week deadline set by the Supreme Court for clearing “encroachments”. The deadline ends on July 19.

“People have also started queuing up at the camp organised near Khori village for them to sign up for the rehabilitation policy. We are getting a positive response,” said MCF commissioner Garima Mittal. “Workers of the Red Cross Society have reached the site to alert people about food and shelter services at the nearby Radha Swami Centre,” Mittal said.

On June 7 the apex court had asked the MCF to clear all “encroachments” without exception within six weeks. With less than a week for the end of the deadline, the civic body had started demolitions on Wednesday. Although work had to be stopped in the afternoon due to heavy rainfall on the first day, it continued through the day on Thursday.