As per the results of a genomic surveillance study, over 93 per cent of the samples collected from symptomatic patients confirmed the presence of the Delta variant. 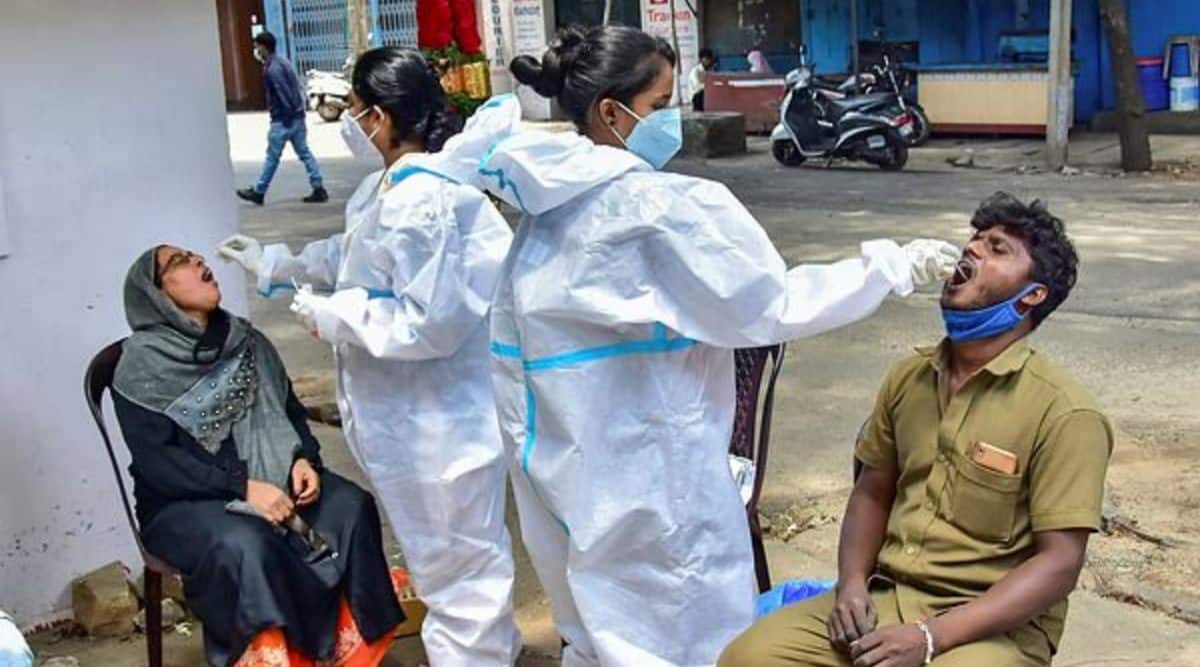 A recent genomic study held in Bengaluru has revealed that the B.1.617.2 strain of the coronavirus, now classified as ‘Delta variant’ by the World Health Organisation (WHO), was found among the majority of Covid-19 patients in the Karnataka capital.

As per the results of the genomic surveillance study, which was submitted to Karnataka Covid-19 ministerial taskforce chief and Deputy Chief Minister C N Ashwathnarayan, over 93 per cent of the samples collected from symptomatic patients confirmed the presence of the Delta variant.

“This is a genuine cause of worry. While we were aware the second wave had to do ith new variants, this comes as tangible proof that majority affected are harbouring new variants,” Dr Vishal Rao, Dean, Centre of Academic Research, HCG Cancer Hospital, who was part of the study told Indianexpress.com.

Dr Rao added that the chances of new variants emerging are a cause of concern due to widespread infections, also considering the population. Citing such factors, he added that experts felt that keeping a high level of the genomic vigilante was necessary to identify new mutants quickly. “Our public health responses need to be directed using real-time mapping of genomic surveillance to help mount a more robust public health response,” he added.

With over 7.48 lakh new infections and 10,166 related fatalities since April 1 this year, Bengaluru Urban has accounted for over 44 per cent and 53 per cent of the total cases and deaths recorded from across the state during the same time period.

In a discussion held with the Deputy CM, the team behind the genomic study including Dr Vamsi Veeramachaneni, chief scientific officer with Life Strand Sciences (LSS), and Rohan Pais, COO, LSS pointed out the necessity of mapping vaccine efficiency, in the wake of the virus “rapidly mutating and creating new resistant variants”.

The team noted that the vaccines made available at present were made using the original Wuhan strain. “With new variants we will need to constantly map the vaccine escape mutations that may come up, thus making the current vaccines less effective. To overcome vaccine escape mutation, we may require a booster or a completely new vaccine,” the team noted.

‘No scientific proof that new variant will only target children’

When asked whether warnings that the third wave would infect children more were linked to any character of the Delta strain, Dr Rao maintained that no specific proof or indicators were available that it will only target children.

“However, the conjecture comes from the fact that currently with vaccination covering all age groups above 18 years, the only vulnerable population would be children where the virus would potentially target as host. Nonetheless, all people who haven’t been vaccinated or partially vaccinated would still be vulnerable,” he said.

Further explaining that real-time genomic surveillance would strengthen the preparedness for subsequent waves of the pandemic, Dr Rao noted that it was unlikely that herd immunity would be achieved if the unpredictable progress of the pandemic continued.

“This cycle of “new variants causing new waves which may need a new herd (immunity) is likely to continue in perpetuity unless we break it with a strategy to completely lockdown and vaccinate a critical proportion of the population, a ‘lock-and-load’ strategy,” Dr Rao said.