According to police, 20 minutes before the murder, the duo allegedly attacked two other women in Rohini and robbed their gold chains at gunpoint. 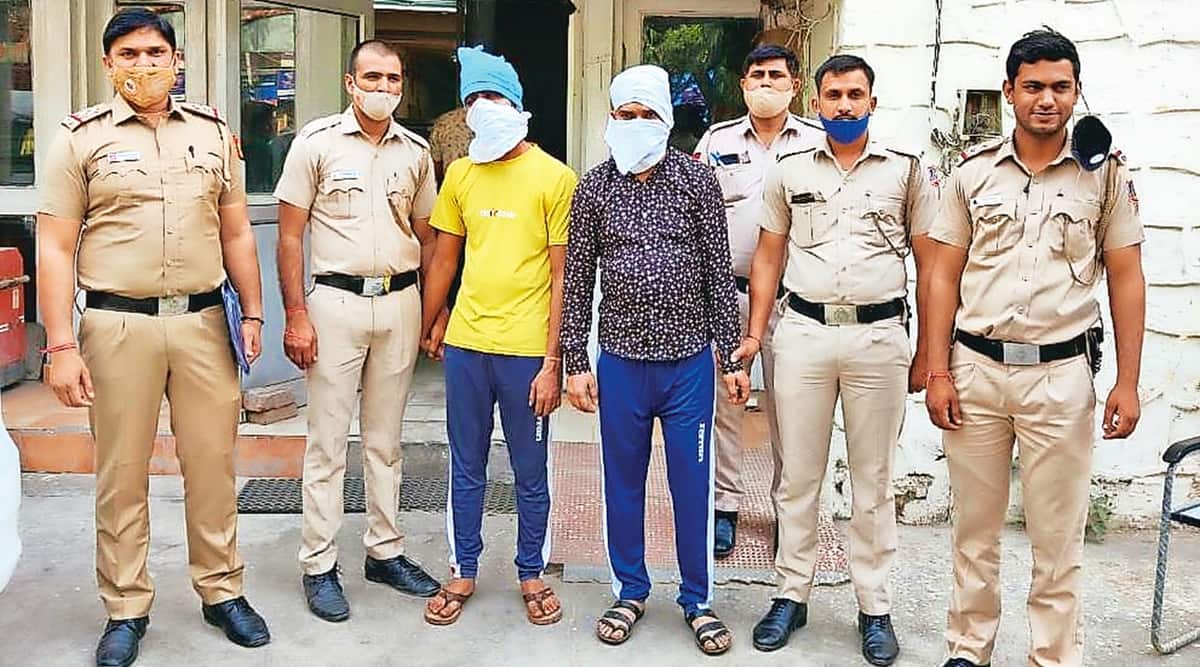 Two men have been arrested in connection with the murder of a 45-year-old Nepalese woman in North Delhi’s Majnu Ka Tila last Wednesday. According to police, 20 minutes before the murder, the duo allegedly attacked two other women in Rohini and robbed their gold chains at gunpoint.

During questioning, Sameer (30) and his nephew Faizan (25) told police they were fleeing on their bike after robbing the women in Rohini when they spotted another woman near Majnu ka Tila and tried to rob her. Police said that when she resisted, they fired at her but the bullet accidentally hit Meena who was inside her shop. Meena sustained a bullet injury in the chest and was rushed to a hospital, where she was declared dead on arrival.

On Saturday night, police conducted raids at Geeta Colony where the accused live, but they created a ruckus and injured themselves. A video shows policemen shouting at the accused and firing in the air even as the duo, along with a woman, are seen resisting arrest.

Police sources said the accused attacked the police teams and tried to flee. When personnel overpowered them, they allegedly injured themselves with blades. An officer said the teams were forced to fire to scare the accused into surrendering.

DCP (North) Anto Alphonse said that during investigation of the murder case, CCTVs were mapped and they found the accused had come from Rohini: “We found that at Rohini Sector 7, they robbed two women at gunpoint. They were escaping and came to North Delhi and tried to rob another woman.”

A video of the Rohini incident shows the duo chasing two women and threatening them with pistols. While one of the women drops her chain on the road, the other is seen pleading with the accused.

After the two incidents, police said the duo went to Akshardham and then Pandav Nagar, where they changed their shirts to evade arrest, before going home. With the help of CCTV mapping and other technical surveillance, teams from Rohini, South and North districts identified the accused from their bike’s licence number. “We scanned over 100 CCTVs from Vikas Chowk, Kashmere Gate ISBT, Shantivan Chowk, Outer Ring Road, Sarai Kale Khan up to Akshardham to trace their route,” said an officer.

The bike used in the crimes was seized. Police said the accused stole the bike from Mayur Vihar a while ago and changed its number plate. They are involved in 25 other cases of robbery.