Police suspect that at some point, Luthra's friend shot him in the back. They are, however, yet to ascertain the sequence of events. 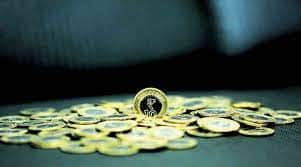 A 44-year-old man was killed in firing inside a lawyer’s chamber in Dwarka Monday night. The victim, Sweekar Luthra, had come to meet advocate Arun Sharma at his chamber with his friend Pradeep.

Police suspect that at some point, Luthra’s friend shot him in the back. They are, however, yet to ascertain the sequence of events.

Luthra is one of the masterminds of the fake coin racket, which he started in 1997 with his brother Upkaar. Luthra was arrested in 2016 by the Delhi Police Special Cell with fake Rs 5 and Rs 10 coins worth Rs 17,390, The coins were pumped in the Indian and foreign markets.

Sharma told police that Luthra was out on bail and had come to meet him with his friend Pradeep and an autorickshaw driver named Darshan. Sharma later called his driver Rohit and all of them started drinking.

DCP (Dwarka) SK Meena said, “Around 9 pm, the men were drinking inside the chambers. Luthra and one of his close associates stepped out for a moment, after which Luthra was shot in the back and the associate fled.”

Police have recovered CCTV footage of the incident which purportedly shows men dragging Luthra’s body after the firing.

Luthra was rushed to Roop Rani Maggo Hospital, where he was declared dead on arrival.

Police said Pradeep is still on the run and raids are on to nab him. The others have been detained.