The Delhi chief minister also visited the Hanumangarhi temple in Ayodhya on the second day of his Ayodhya visit. AAP leader Arvind Kejriwal on Tuesday offered prayers at the Ram Janmabhoomi site in Ayodhya, and said his government will include the temple town of Ayodhya in the Delhi government’s free pilgrimage scheme.

The Delhi chief minister also visited the Hanumangarhi temple in Ayodhya on the second day of his Ayodhya visit.

“I was fortunate that I got the chance to bow before Ram Lalla and I wish everyone must get this chance. Whatever capability I have, I will use that to make more and more people have ‘darshan’ here,” Kejriwal said after visiting the temples.

“I prayed to Lord Rama that all my countrymen live happily, the pandemic of corona should end and our country must witness the best developments in the coming days,” he said. 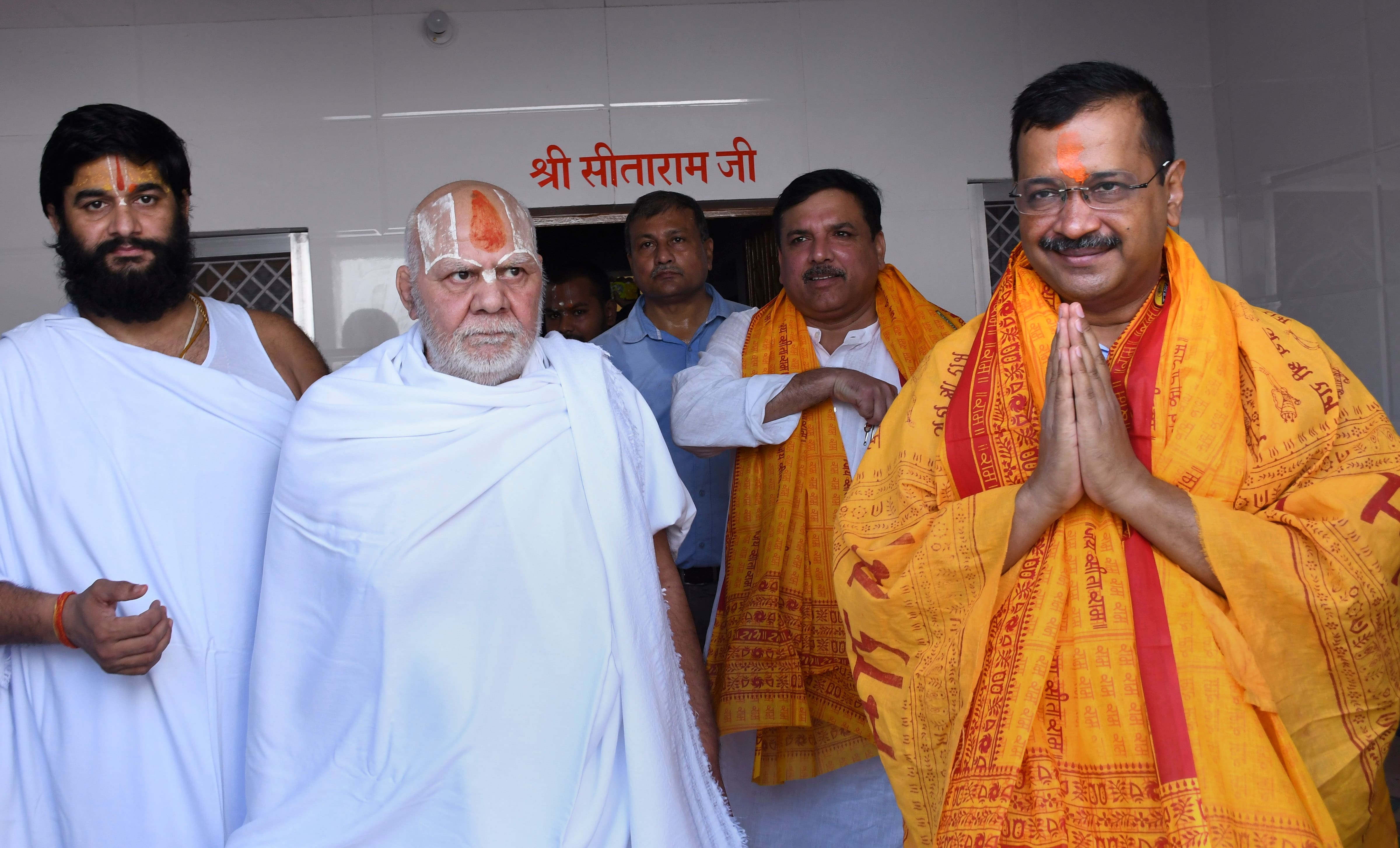 Elaborating on the plan to help people visit the temples in Ayodhya, Kejriwal said, “In Delhi we are running the ‘Chief Minister’s Tirth Yatra Yojana’ under which free pilgrimage is provided to the people of Delhi to all the pilgrim places including Vaishno Devi, Rameshwaram, Dwarka Puri, Haridwar, Rishikesh, Mathura and Vrindavan.”

Kejriwal said a special cabinet meeting is scheduled in Delhi on Wednesday in which Ayodhya will be included in the list of the free pilgrimage tour programme.

Now the people of Delhi will be able to visit Ram Janmabhoomi as well, he added.

Under this scheme, Delhiites are provided travel by AC trains and stay in AC hotels and all the expenses are borne by the government of Delhi. This service is free of charge, he said.

Under the ‘Mukhyamantri Tirth Yatra Yojana’ for senior citizens, the Delhi government bears the expenses of about 77,000 pilgrims every year. Delhi residents above the age of 60 are covered under this scheme.

On being asked whether he has made any donation for construction of the Ram temple, Kejriwal said, “I have also donated for Ram Mandir but donations must always be kept a secret”.

The Delhi CM said on Twitter that he took the blessings of Shri Ram Lalla and also had ‘darshan’ of Bajrang Bali and prayed for the healthy life, happiness and prosperity of all countrymen.

Kejriwal, whose party has decided to take a plunge in the assembly elections in Uttar Pradesh, had offered ‘aarti’ on the banks of the Saryu river on Monday and said it was an honour to visit the birthplace of Lord Ram.

The party formally kicked off its poll campaign in September this year with its senior leaders Manish Sisodia and Sanjay Singh offering prayers at the Ram Janmabhoomi and Hanumangarhi shrine in the temple town.

The party had also taken out a ‘Tiranga Yatra’ in Ayodhya from the 18th-century mausoleum of Nawab Shujaudaulah to the Gandhi Park.

The AAP has promised that it will provide 300 units of electricity free of cost to all domestic consumers, waive outstanding bills of 38 lakh families and ensure 24×7 power supply in Uttar Pradesh if it is voted to power in the assembly elections.

The AAP will contest all 403 assembly seats in Uttar Pradesh.