The committee will submit a total of three reports to the government — one every three months. 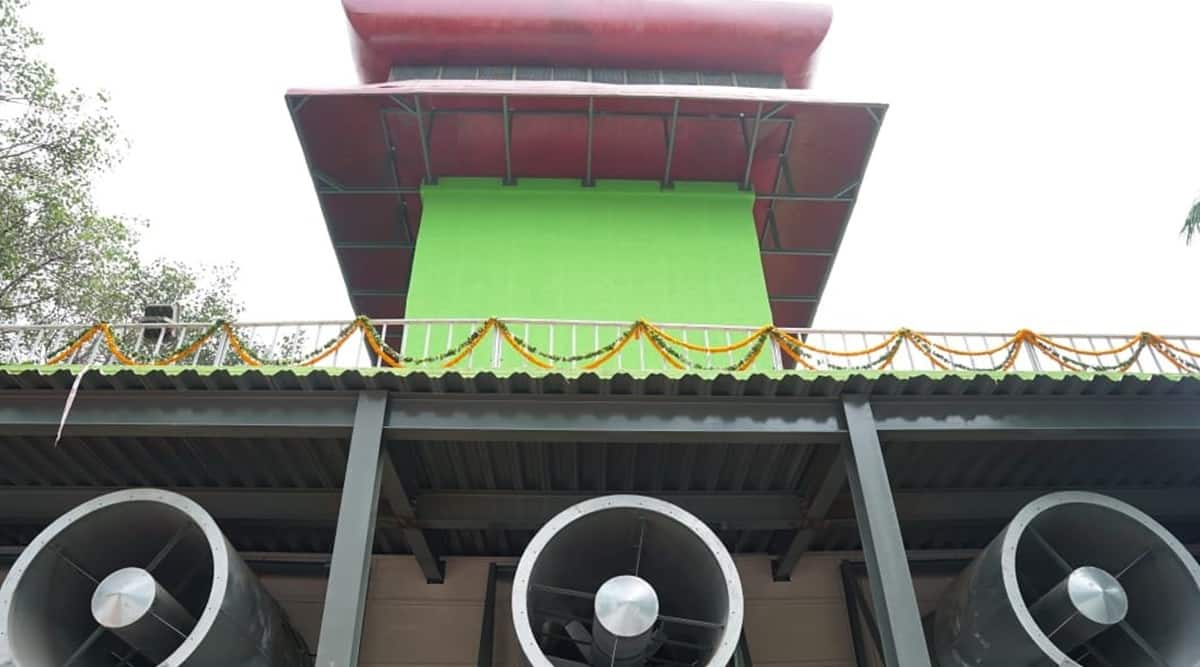 A 16-member committee has been constituted by the Delhi government to monitor functioning of the smog tower at Connaught Place.

The reports will determine whether the government will install more smog towers, according to a release issued after Environment Minister Gopal Rai visited the smog tower at Connaught Place.

The tower has sensors to monitor PM10 and PM2.5 levels of air entering and leaving the tower. Rai said that at 8 am on Friday, PM2.5 level was 151 at the input to the tower, while the level was 38 after being purified. The PM10 level was 166 before purification and 41 after, Rai said.

The tower, inaugurated in August, was set up and is being operated at a cost of around Rs 20 crores. It is expected to purify the air in a 1-km radius from the tower. It comprises layers of filters and 40 fans.