The BBMP, along with various organisations, will now feed nearly three lakh strays, which earlier depended on hotels, restaurants and marketplaces for food. 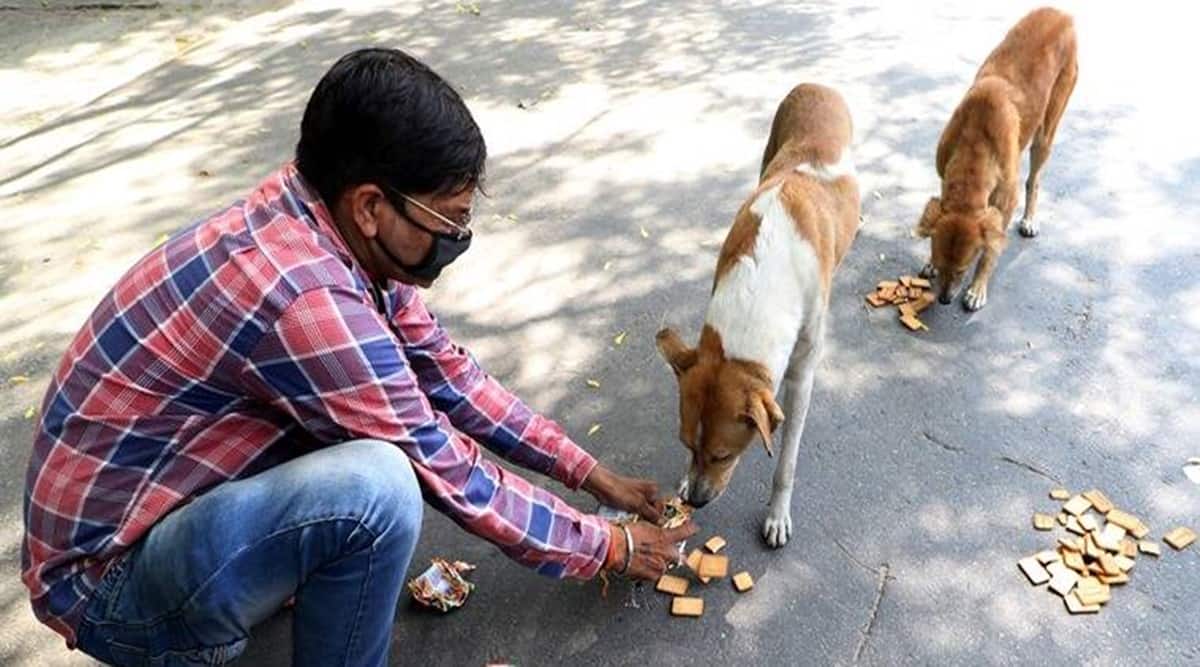 For the first time since the Covid-induced lockdown in Bengaluru, the city’s civic body has released Rs 15 lakh to feed stray animals in the city.

The decision was taken after animal activists approached the Bruhat Bengaluru Mahanagara Palike (BBMP). The BBMP, along with various organisations, will now feed nearly three lakh strays, which earlier depended on hotels, restaurants and marketplaces for food.

Speaking to Indianexpress.com, Dr Manjunath Shinde, Joint Director (Animal Husbandry) said, “Since the last two weeks, we have been feeding stray animals. Many dog feeders and animal rights activists, who were already doing a good job caring for the animals during the lockdown, had also approached us.”

“So, as a civic body, we also started feeding strays in all the eight zones of the city. Apart from feeding dogs, we have also kept a track of canines that need to be neutered and vaccinated for their overall health,” he added.

BBMP is now providing 250 grams of food to each dog which will cost the civic body approximately Rs 5.60 per canine. “We are providing rice, meat and eggs which are all cooked with the help of groups that have come forward to help the strays,” he said.

Apart from dogs, the Department of Animal Husbandry in Karnataka is feeding cows in Bengaluru. Cows are being fed in Kanakapura road, NICE Road, JP Nagar, Thalaghattapura and Konanakunte. Speaking to Indianexpress.com, Dr Lakshminarayana Swamy C, Director of Animal Husbandry and Veterinary services said, “Around 800 stray cows in the city are fed by the department with the help of a few organisations.”