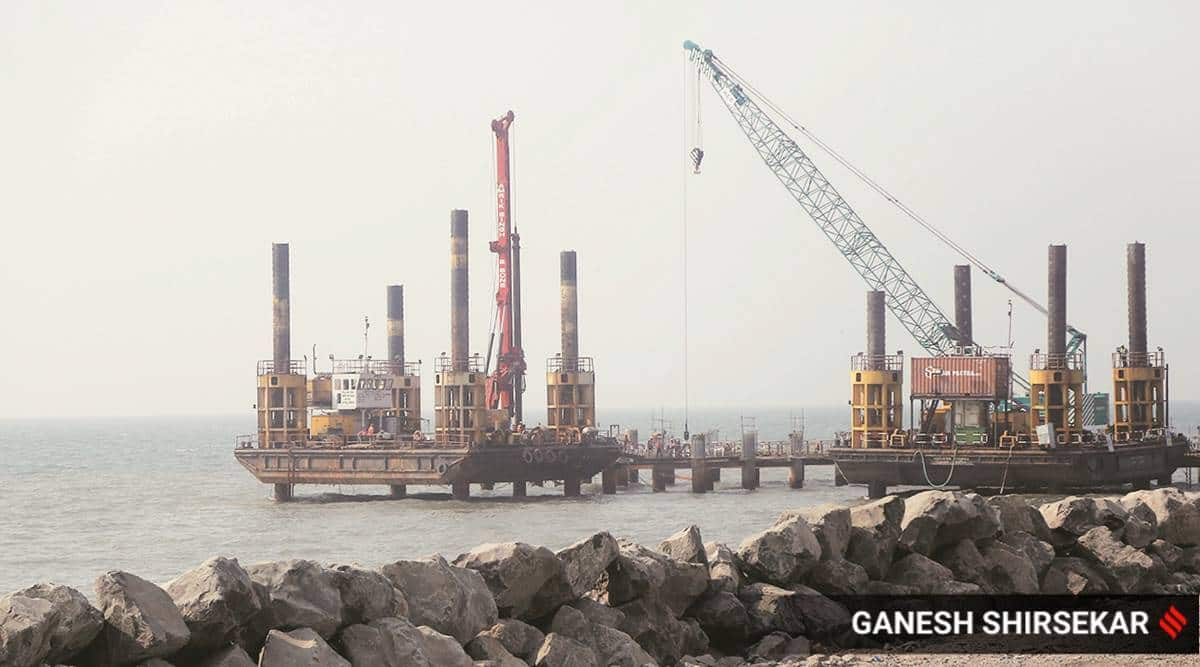 In response to protests by Worli fisherfolk against the construction of an interchange between the coastal road and Bandra-Worli Sea Link (BWSL), the Brihanmumbai Municipal Corporation (BMC) has reiterated that the interchange design and location have been vetted by competent authorities and that the civic body is providing higher navigational span than mandated by the guidelines issued by the Inland Waterways Authority of India. The BMC said that the impact of the coastal road on fishing has also been vetted by several institutes.

Fishermen from Worli Koliwada have held multiple protests since October 14 over the issue. Over 100 fishing boats from Worli Koliwada have been staging a sit-in in the alignment of the interchange since October 30. On Sunday, nearly 19 fishing villages from across the Mumbai Metropolitan Region (MMR) extended their support to the protesting fishermen.

In response to the protest, BMC on Tuesday released a statement listing the permissions it has received for the project. Giving an example, BMC said that the clear span between the two pillars of the existing Bandra-Worli link road for fishermen is 17 metres and boats can pass through only one place, while the Mumbai coastal road project will allow boats to pass through three spans and the net distance between the spans is 56 metres.

BMC stated that as per the guidelines of the Inland Waterways Authority of India issued by the Maharashtra Maritime Board, navigation span of 30 metres is sufficient.

Fisherfolk claimed that Cleveland Bunder – an artisanal fishing port in Worli Koliwada – will be at risk of permanent closure owing to coastal road interchange at the spot. They said the proposed span of 60 metres between the pillars of the interchange will cut off their access to customary fishing grounds, and have demanded a span of at least 200 metres to ensure safe passage for their boats.

According to the guidelines, the navigation span has to be 8 times the width of the boat for transportation. According to data from the state fisheries department, the largest licensed vehicle at Worli jetty is 10.4 metres long and 3.8 metres wide with a carrying capacity of 4980 kg and a water depth of 3.6 metres. “According to this, the navigation span should be kept at a maximum of 30.4 metres for double carriage. The Mumbai Coastal Road project is providing a navigational span of 60 metres, double than mandated,” read the statement.

BMC further stated that Tata Institute of Social Sciences has been appointed by the civic body to draft a policy to compensate fishermen during the construction of the project.

Fishermen are irked with the BMCs insistence on an independent, expert review, which they say undermines their knowledge and expertise.

Nitesh Patil of the Worli Koliwada Nakhwa Matsya Vyavsay Sahakari Society Limited said that while they met the BMC commissioner on November 1 over their issues, one-time compensation will not be enough. “Owing to reclamation, those fish which would come to the seashore at Worli have stopped and they now are more towards Khar Danda, Mahim waters. One boat has five people on it and there are 2,000 boats. The livelihoods of all these will be affected,” said Patil.