Adityanath also attacked the previous governments in the state, saying earlier the perception of Uttar Pradesh was that of largescale migration. “Uttar Pradesh has changed now. It has become the new Uttar Pradesh of new India,” he added. 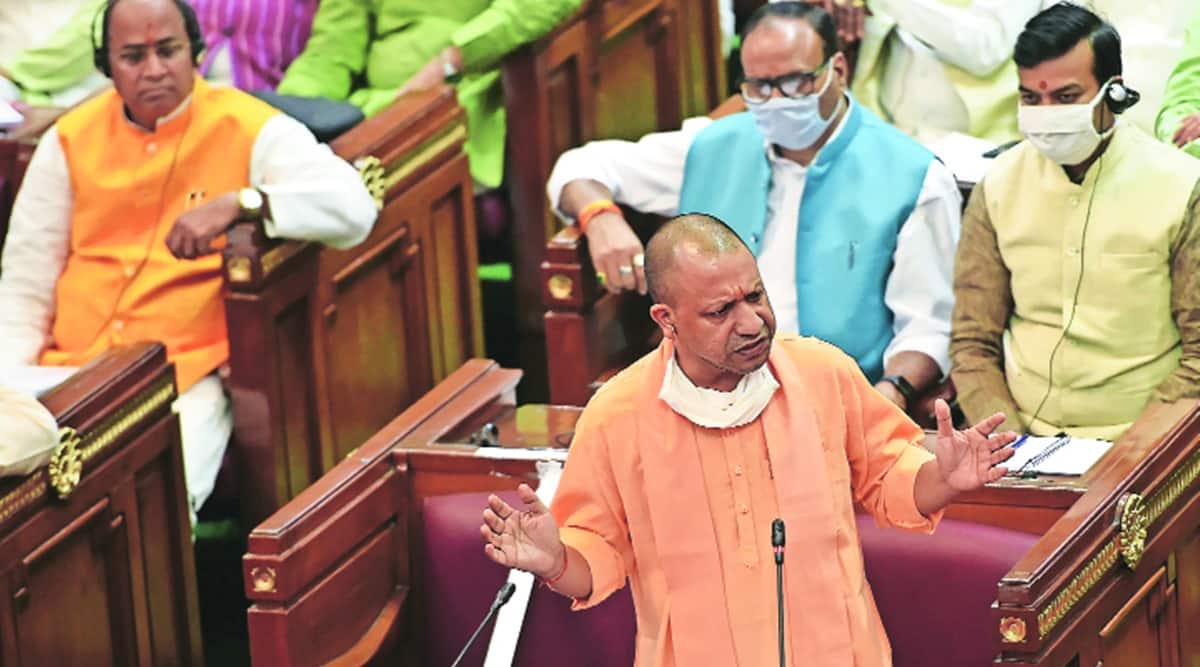 Claiming that the state’s GDP has increased more than double in the past four years,

Chief Minister Yogi Adityanath on Wednesday said that once his party comes to power again in the 2022 Assembly elections, his government would make Uttar Pradesh the number one economy in the country.

During a debate on the state’s Budget in the Legislative Assembly, Adityanath told the Opposition benches: “In four years, we have transformed ourselves significantly… Have some patience. We will come to power in the state again for the next five years and will make Uttar Pradesh the number one economy of the country.”

“…. Same machinery, same source of income, everything was the same, I only changed the work culture,” he added.

Adityanath also attacked the previous governments in the state, saying earlier the perception of Uttar Pradesh was that of largescale migration. “Uttar Pradesh has changed now. It has become the new Uttar Pradesh of new India,” he added.

Sharpening his attack on the Samajwadi Party, he said, “When I started going to the Chief Minister’s Office, do you know what was the plight of the Shastri Bhavan? I asked the staff there whether the previous chief ministers used to visit Shastri Bhavan or not. Then someone said, occasionally. I asked what does occasionally mean? To this, he said once or twice a year… If the CM goes to his office once or twice a year, then the state is bound to fail. There were some people, who used to go to a cabinet meeting for 10 minutes. And then they used to dream big that they would transform Uttar Pradesh into Europe, but there was no roadmap. Schemes were announced but only for themselves and their families,” Adityanath said.

Countering this, Leader of Opposition Ram Govind Chaudhary said: “Aap yogi hain ya nahi hain, Akhilesh Yadav karma yogi hai…agali ladayi jo hogi 2022 ki who Yogi aur Karma Yogi ke beech mein hogi (Whether you are a yogi or not, but Akhilesh Yadav is karma yogi. The 2022 elections will be a contest between a Yogi and a Karma Yogi),” Chaudhary said referring to his party chief and former chief minister Akhilesh Yadav.

Claiming that the state’s per capita income has increased from Rs 49,000 to Rs 95,000 in his chief ministership, Adityanath said that his government has ensured “ease of doing business” in the state, and this year’s budget has focused on “ease of living”.

Stating his government ensured payment of dues of sugarcane farmers in the middle of the pandemic, Adityanath said that farmers have been his government’s “top priority” from the first day of his rule.

He also told the House that Rs 3 crore fund, which will be made available to the MLAs for utilisation on their recommendation will be on the lines of MLA local area fund.