Kashmir observed a shutdown on Friday in response to a call by the Hurriyat Conference against the killings. 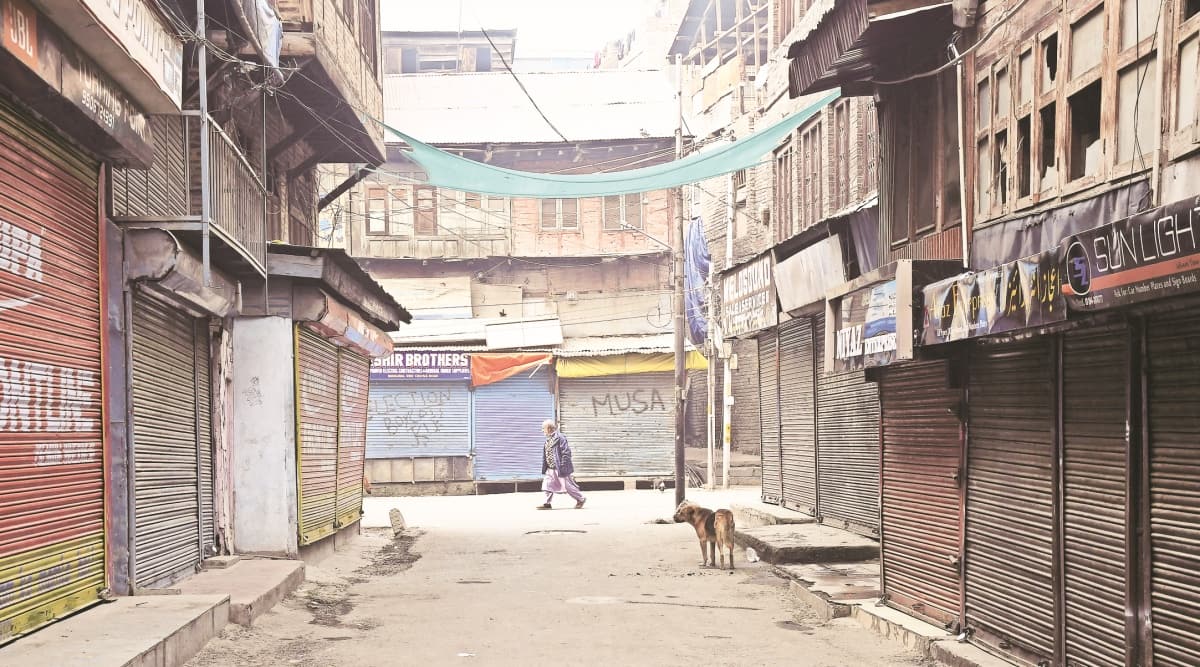 By Thursday evening, a crowd began to swell at Altaf Ahmad Bhat’s home in the Barzulla area of Srinagar. With no official word on when Bhat’s body would be returned to the family, there remained a silent understanding that this would be a long night.

Bhat was among four people killed in an encounter on the night of November 15 at Hyderpora in Srinagar and swiftly buried by police in Handwara, 70 km away. Family members of three of them (one was allegedly a Pakistani), including the two civilians – Bhat, the owner of the building where the shootout happened, and
Dr Mudassir Gul, a dentist – had contested police claims that they were either militants or had militant links. With clamour over the killings growing, the J&K administration on Thursday exhumed the bodies of Bhat and Gul and handed them over to the families. Kashmir observed a shutdown on Friday in response to a call by the Hurriyat Conference against the killings.

On Thursday, a little after 9.30 pm, family members, including Bhat’s 62-year-old brother Abdul Majid Bhat approached the growing crowd around the house and urged them to disperse. “We are grateful to all of you but we have been told that we may not be given the body if there are outsiders here. We have fought hard and all we want is a chance for his children to see him one last time.” Around 11.30 pm, police vehicles gathered around the house and the family opened the gates wide, hoping they would have to let in a hearse. A family member announced, “They are saying that they will not hand over the body in the presence of the media.” The gates were shut again.

An hour later, the gates finally opened and as the coffin carrying Bhat’s body was lowered onto the ground, wails erupted from rooms inside the house. Bhat’s 13-year-old daughter Naifa cried out, “Papa, why have they taken you away from me?”

By 1 am, a crowd of over 150 family members and neighbours carried the coffin to the local graveyard, a five-minute walk from the house. Around 8 km away, the body of Gul, the dentist who was killed in the encounter, was buried at Nowgam.

With protests over the police version of the encounter, there have been growing demands for the exhumation of the body of Aamir Margay, whom the person termed an ‘Overground Worker’.

Margay’s father Abdul Latief Magray said his son worked as a helper in the building where the shootout happened and had “no connection with militancy”.

Former J&K Chief Minister Mehbooba Mufti said, “Aamir Magrey, also killed in the Hyderpora encounter, is yet to be given a decent burial by his mourning family.

The fact that these families are begging for his mortal remains instead of asking for justice reflects their lack of faith in the system.” National Conference vice-president Omar Abdullah, who also sat on a protest in Srinagar, called for Aamir’s body to be returned to his family. CPI(M) leader MY Tarigami called for action against “those involved in the killing of unarmed civilians”.