Addressing reporters during a function celebrating the LJP's 20th foundation day, Chirag Paswan said that the seat belonged to the BJP and it was for the party to decide which candidate from which party to field in the by-election. 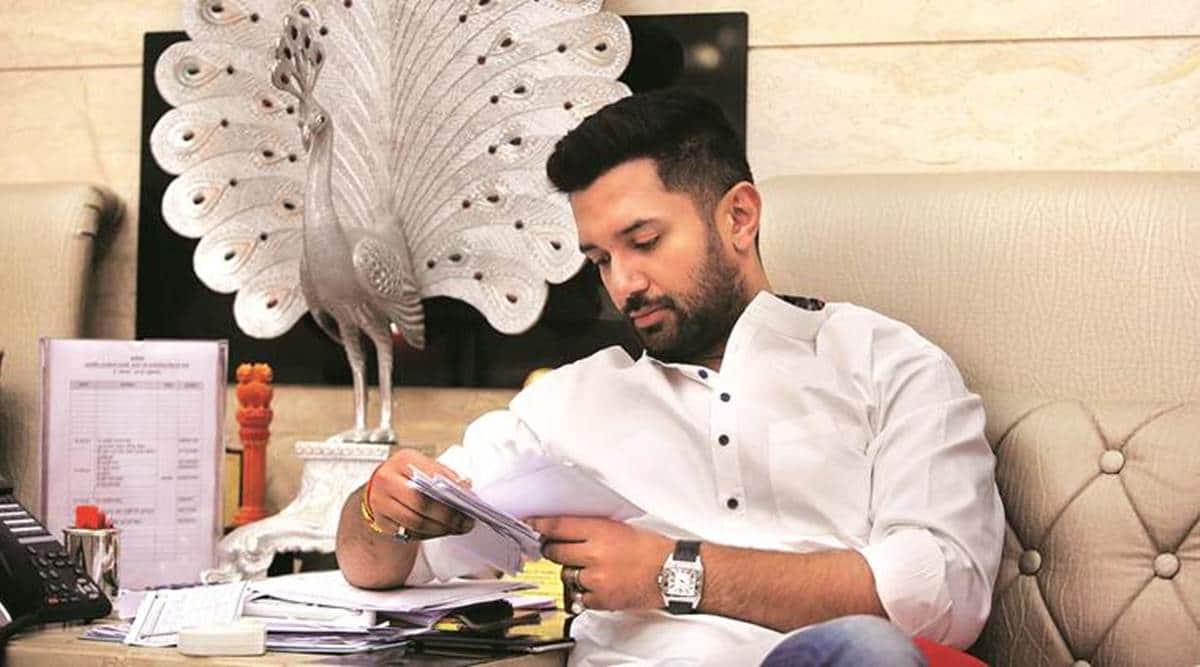 Cold-shouldered by the BJP in the by-election to a Rajya Sabha seat in Bihar, LJP president Chirag Paswan said on Saturday that it belonged to the saffron party and it was free to take a decision about whom to field.

Sushil Modi is likely to win uncontested unless the opposition Grand Alliance fields a candidate to challenge him. In that event, the polling will take place on December 14.

A union minister, Ram Vilas Paswan had got elected from the seat last year after it fell vacant following his cabinet colleague Ravi Shankar Prasad’s election to the Lok Sabha from Patna Sahib.

“The seat belonged to the BJP and it is for the party to decide which candidate from which party to field in the by-election,” the 37-year-old leader told reporters at a function held to celebrate his party’s 20th foundation day.

Chastened by the drubbing in the recent Bihar elections, Chirag Paswan asked the party rank and file to gear up for the next assembly polls which could take place “any time”.

He reiterated it in a letter addressed to LJP workers and shared with the media.

Responding to questions, Paswan maintained that he saw “fresh elections taking place any time in Bihar, given the way the new government is functioning”.

In a written message to party workers, Paswan defended his decision to go solo in the assembly polls, saying, “We had to make a choice between accepting the NDA’s offer of only 15 seats despite being a party with six members in the Lok Sabha and one in the Rajya Sabha, or engage in a friendly fight to preserve our honour”.

In the one-page letter, Paswan refrained from making any remark against Chief Minister Nitish Kumar, the JD(U) boss whom he had targeted all through the elections and repeatedly accused of being unfair and brusque towards his late father while he was alive.

The letter contained no reference to the BJP or Prime Minister Narendra Modi to whom Paswan has proclaimed loyalty despite his steadfast support to Nitish Kumar.

The Jamui MP also deplored the heated exchanges between the chief minister and Leader of the Opposition Tejashwi Yadav on the floor of the assembly on Friday and said both shared the blame for the unsavoury turn of events.

“I would not like to take sides in this matter. From both sides many personal attacks were made. I do not think the discourse in Bihar assembly has ever touched such depths,” said Paswan.

The LJP chief, under whose stewardship the party fought more than half of the seats in the 243-strong assembly but won only one, tried to perk up his supporters and asked them to focus on the bright side.

“We could win only two seats in the previous assembly elections even though we had contested as part of the NDA. This time, we were alone, without an army of star campaigners to canvass in our favour. But we secured 28 lakh votes and now our party is being talked about across the state,” Paswan said
in his letter.

“It was the dream of the LJP founder, my late father, to help the party come of its own. We have taken a step in that direction. Let’s keep marching,” Paswan, who took over the party mantle from Paswan Sr a year ago, added.