The arrested accused were identified as Vishesh Agarwal, 38, and Vishal Surani, 23, of Surat in Gujarat. 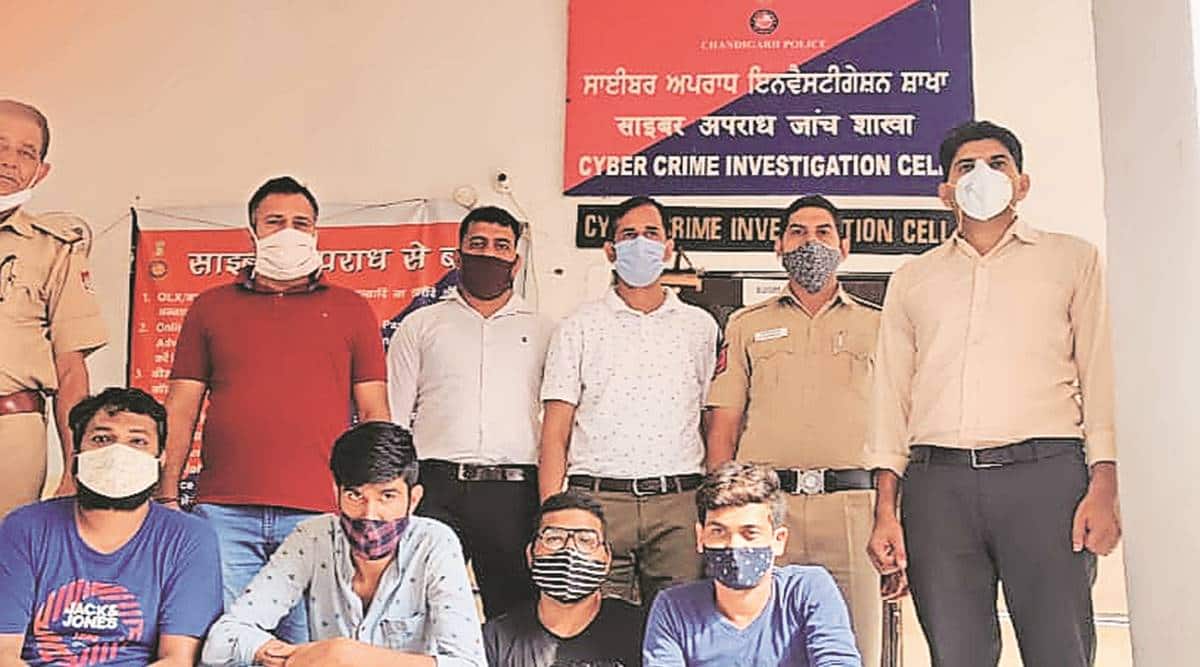 THE UT cyber cell Thursday arrested two more persons from Gujarat for cheating the owner of a pharma company of Rs 23.76 lakh by promising to deliver an anti-fungal medicine.

The arrested accused were identified as Vishesh Agarwal, 38, and Vishal Surani, 23, of Surat in Gujarat. The police had arrested Pallav Kumar and Brijbhushan Verma from Bihar on July 6. They were in police custody for eight days.

Sources said accused Vishesh, who runs a consultancy business in Surat, is the mastermind. Police said there are chances that he could be involved in more cheating cases. The other three men are his gang members, and the group was operating pan India.

In Chandigarh, they cheated one Geeta Rao of Rs 23.76 lakh. A case was registered at PS Mani Majra. Later, the probe was transferred to the cyber-crime cell.

“The accused trapped and lured the woman for supplying Liposomal Amphotericin, which is an antifungal medicine. Geeta Rao stated to the police that she is a member of pharma group on WhatsApp, where all members used to share information about sale and purchase of medicines. On May 24, Rao received a call from a person, who stated that they were selling Liposomal Amphotericin B Injection for Rs 4800/- per injection. She required 600 pieces and deposited Rs 23.76 lakh in different bank accounts provided by them,” said sources.

Cyber cell Inspector Hari Om said, “The injections were not delivered and the phone number was later found to be switched off. The investigation established the account numbers, in which money was transferred, were situated in other states.”

Police said efforts are being made to recover the cheated amount.