Earlier, the officials had decided to hold a physical meeting at Environment Building in Sector 19, but it was shifted to virtual mode as some members raised concerns. The last meeting of the standing committee was held in February. 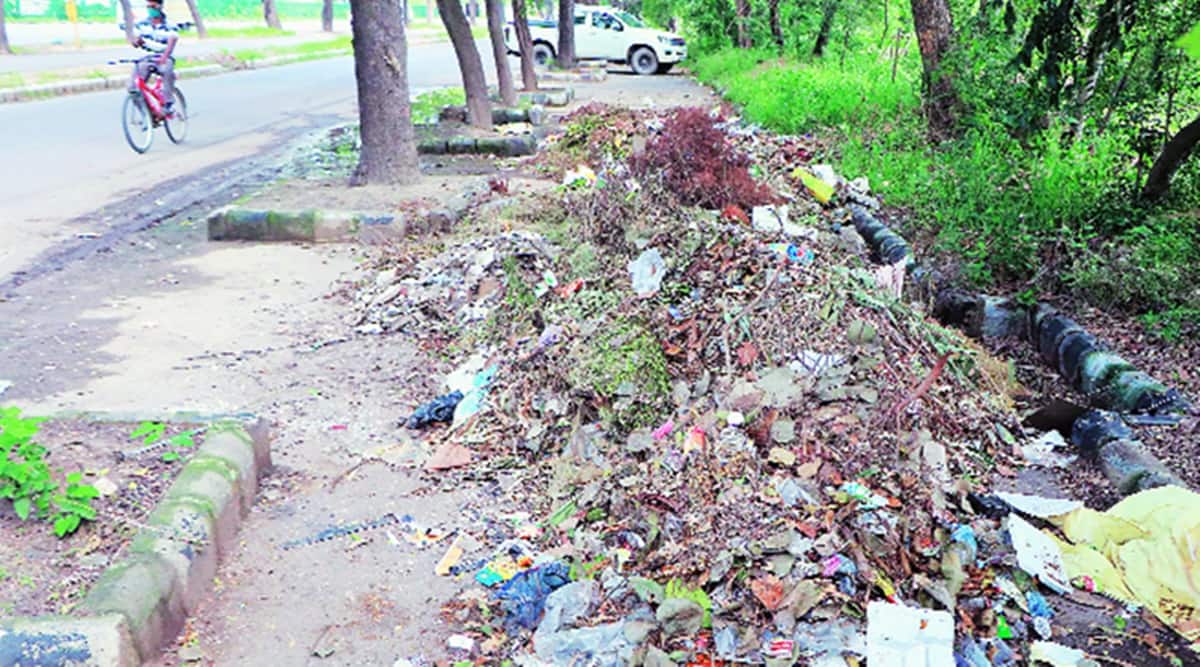 THE FIRST post-Covid meeting of the UT Administration’s Environment Standing Committee will be held on Monday concerning at least seven agendas, including the NGT’s strong response on solid waste management (SWM), sewage treatment plants (STPs), garbage collection and traffic congestion causing pollution in Chandigarh. The representatives of the Municipal Corporation Chandigarh, UT’s Environment department and traffic police personnel will participate in the meeting.

Earlier, the officials had decided to hold a physical meeting at Environment Building in Sector 19, but it was shifted to virtual mode as some members raised concerns. The last meeting of the standing committee was held in February.

President of the committee, Ex-MP Pawan Kumar Bansal said, “I have decided to review the report on action taken regarding issues that were raised in the last meeting. Issues including garbage disposal, solid waste management (SWM), polluted contents discharged into Ghaggar river from sewage treatment plants (STPs) and traffic chaos were some of the issues discussed by the committee. In the past, the National Green Tribunal (NGT) has been vocal about the UT Administration’s activities concerning STP and SWM, among others.”

Official sources said, “The report of action taken regarding the issues which were discussed in the last meeting is yet to be prepared. Concerning officials claimed that due to the Covid-19 certain suggestions were not implemented. The issue of the garbage treatment plant in Sector 38 West has also not been resolved. Due to the recent strike of garbage collectors over the issue of wrist watches, that tracked their movements, will also be discussed in the meeting. The safai karamchari’s strike left a bas taste among the local residents as garbage was not collected from houses for a couple of days.”

Director UT Environment Debendra Dalai said, “All the committee members and stakeholders have been informed about the meeting. It will be the first post-Covid-19 meeting. We will also discuss the impact of ban on bursting firecrackers in Chandigarh. The ban resulted in good air quality, which touched the point of 32 a day after Diwali in Chandigarh. We are also concerned about SWP and STPs.”

On November 2, the NGT had raised concerns over the four sewage treatment plants (STPs) in Chandigarh, which have failed to meet the set norms for effluent discharge in water that ultimately gets drained in Ghaggar river. The deadline for the UT Administration to upgrade the four STPs’ standards was set as March 2021.

The NGT executive committee had stressed to meet the revised standard of BioChemical Oxygen Demand (BOD) and especially fecal coliform. The Chandigarh representatives had informed the NGT that repeated tenders were issued for the upgradation of STPs, however, no company had expressed interest. Recently, some companies have showed interest and the work will be allotted shortly, officials said.