Over thousands of people were evacuated from the Elante Mall, which was also put out of bounds for visitors for more than five hours 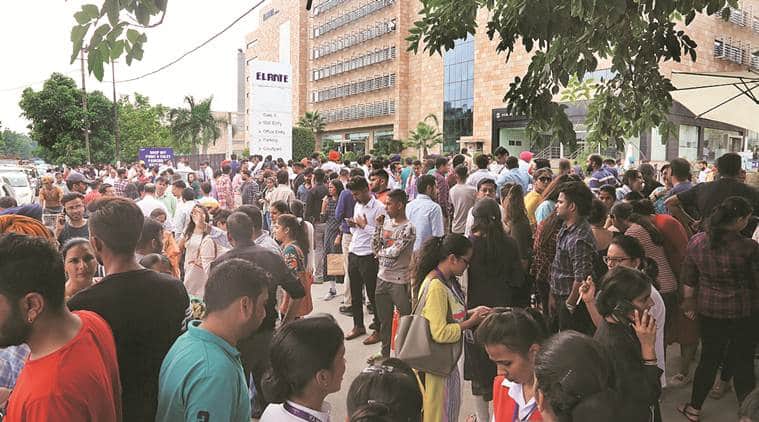 A bomb hoax was reported at the Elante Mall on Monday. Police claimed to have identified the caller.

Over thousands of people were evacuated from the Elante Mall, which was also put out of bounds for visitors for more than five hours and a half, after a Voice Over Internet Protocol (VOIP) call was received at the police control room claiming that explosives were planted inside the mall spread over 20 acres of land at Industrial Area Phase-1.

An intensive search operation was started around 1 pm which lasted till 5.30 pm. Later, the mall resumed its operations.

Police lodged an FIR for giving misleading information against the unknown caller. SSP Nilambri Vijay Jagdale said the caller was identified and he would be arrested shortly.

An official with the Elante Mall management said, “As today was Eid, a national holiday, the rush at Elante Mall was greater than witnessed on any other day. We told visitors through our private security guards to immediately leave the mall. People, staff members and shoppers cooperated. People emptied out within half an hour. Around 250 four-wheelers were parked inside the mall parking lots. We did not compel the visitors to take their vehicles out. We checked each vehicle with bomb/explosive detection equipment thoroughly.”

In a released statement, the Elante management said, “There was a report of an unclaimed object which turned out to be a bomb hoax at our mall. It was a hoax call in view of the heightened security alert across the country (sic). The situation created due to the hoax call gave us an opportunity to test our preparedness. We are very satisfied with the cooperation from customers, shopkeepers, police and our own security team.”

As the announcement was made to evacuate the mall and people were asked not to enter the mall, chaos was witnessed at phase-1, Industrial Area. People were seen arguing with security personnel at gate number-1 and 3 as they were eager to know whether it was a prank call, mock drill or actually someone planted a bomb inside the mall.

Sanjeev Gupta, an IT professional working at IT park Manimajra, who came along with his wife to the mall, said, “There was a sudden announcement to leave the mall immediately. We did not take any chances and came out along with others. There was chaos all around the mall.”

SSP Nilambri Vijay Jagdale said, “A thorough search was carried out in and around Elante Mall. All field units of Chandigarh Police swung into action. Later, it was confirmed that there was no bomb or any other threat at Elante Mall. The search operation has finished and the mall is open to public. We have identified this fake caller who used VOIP to place this call.”

The call was received at the police control room when all senior officers, including DGP Sanjay Baniwal, DIG Omvir Singh, SSP Nilambri Vijay Jagdale and SP Vinit Kumar, were making preparations for the inauguration of 112 emergency number before August 15 at the police headquarters, Sector 9.