“The mining operations are normal and no filling up is being done. The claim that we are filling up our mine is completely baseless,” an official of the company told The Indian Express on the condition of anonymity. 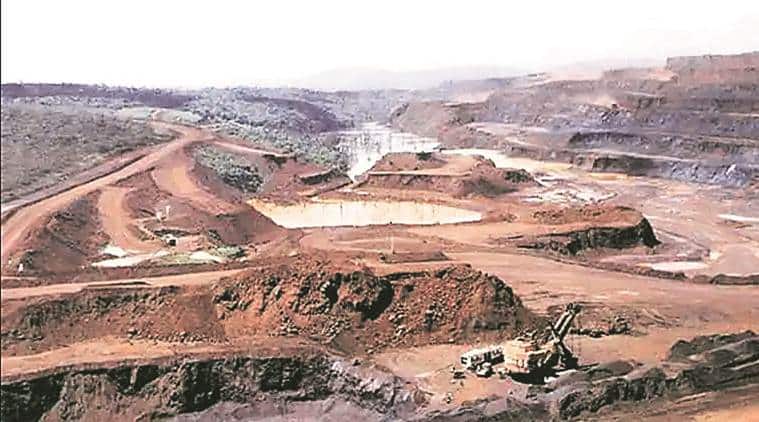 Around A month after the Gujarat High Court had set up an expert committee to look into the “consequences and repercussions” of allowing limestone mining to UltraTech Cement at Talli-Bambhor in Talaja taluka of Bhavnagar district, farmers protesting in the area have claimed that the company has started restoring the top soil at the site to destroy evidence of alleged violation of environmental norms.

The company officials, however, have denied the claim and said that the mining is in progress.

“The company, which had been mining limestone from coastal Mahuva and Talaja areas of Bhavnagar district for the last six months, not complying with a single environmental and mining norm, has started restoring the top soil and filling up mines after the court formed an independent committee to look into the issue,” Bharat Bhil, leader of the group of protesting farmers from surrounding villages, told The Indian Express on Sunday.

Bhil said that UltraTech had started filling up its mining site around a week ago.

However, UltraTech rejected the claim. “The mining operations are normal and no filling up is being done. The claim that we are filling up our mine is completely baseless,” an official of the company told The Indian Express on the condition of anonymity.

Incidentally, in response to a petition moved by Bhil in January, the Gujarat High Court had on May 10 formed a committee of independent experts to assess impact of limestone mining in Mahuva and Talaja talukas of Bhavnagar. The committee comprises agricultural scientist Kapil Shah who is pioneer of organic farming in Gujarat; G V Ramanjaneyulu, executive director of Centre for Sustainable Agriculture, a Hyderabad-based NGO, and Arun Dave, founder of Lokbharati Community Science Centre, an institute working in the field of agricultural and rural affairs in Bhavnagar district.

“With serious allegations of long-term effects on account of Lease (sic) of mining of limestone, let a committee of scientists be formed… to let the court know of consequences and repercussions of allowing mining in the area… Let the same be done within 3 months and the state shall also extend requisite support and assistance to the said committee in its work,” the court of Justice Sonia Gokani had ruled in the petition.

UltraTech had been granted clearance in January 2017 to mine limestone from Talli-Bambhor site for 50 years. The company had started developing the mine in mid-2018. But, the farmers had started protesting against the mining, alleging it would break the natural barrier against salinity ingress and ruin agriculture in the area.

On January 2 this year, around 500 women and 200 children had taken out a march from Bambhor to Talli village, which had turned violent as police resorted to lathicharge after there was alleged stone-pelting. Police had booked 105 people for rioting, assault on police etc. But Bhil had moved the HC alleging 54 persons, including himself, had been subjected to custodial torture and that the mining would destroy rich agriculture in Mahuva and Talaja talukas.

The court had ordered a probe by Criminal Investigation Departmemt (Crime) in the alleged custodial torture.

UltraTech has a cement plant in Kovaya village in neighbouring Amreli district. The company also plans to develop two other mining sites in Mahuva and Talaja.