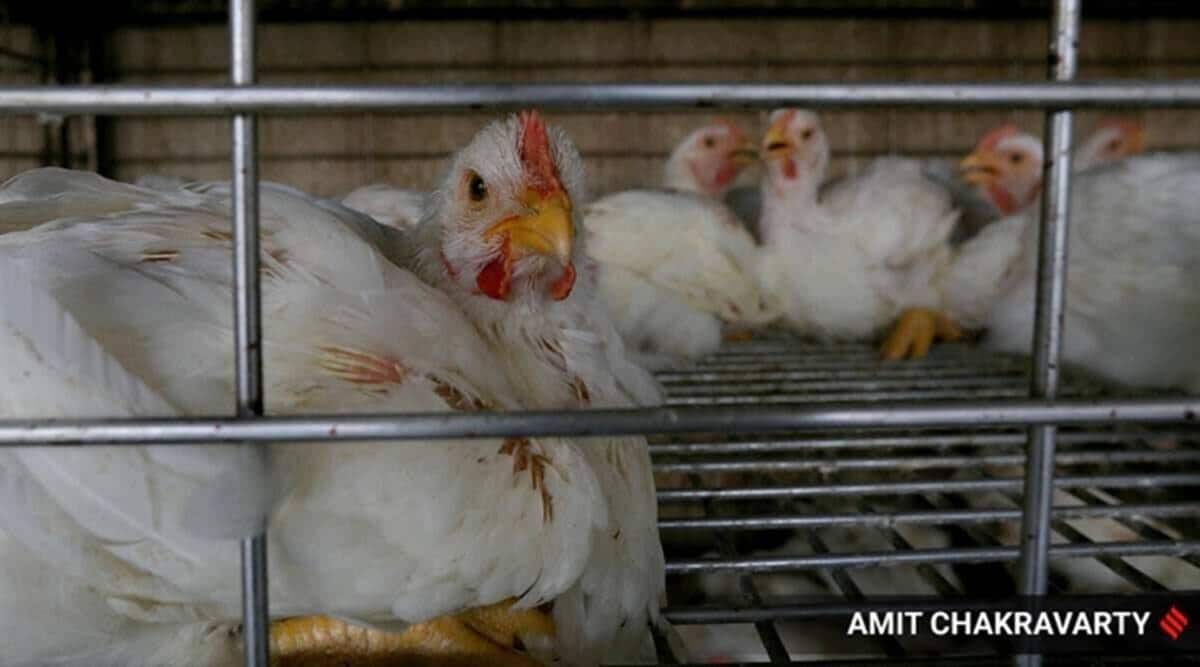 THE OUTBREAK of avian influenza at Barwala poultry farms in Haryana has split the state body of poultry farm owners as one section alleges that the number of dead birds is almost 10 times higher than the projected figure of 4 lakh.

One group of poultry farm owners said, “Illegally smuggled vaccination in the country is being used by the owners of big poultry farms at Barwala for treating their poultry birds. These people have managed to delay the results of samples collected from their farms. The vaccination was available in the market but big farmers procured the maximum stock, leaving no vaccine for the small farmers.”

Around 30 owners of the poultry farms met Panchkula Deputy Commissioner Mukesh Kumar Ahuja, apprising him of their concerns at his office on Tuesday.

Gopal Rana, owner of two poultry farms Rana and Unique poultry farms, said, “The poultry birds had started dying mysteriously since December last year. There was a hue and cry among almost all the farm owners. But owners of big farms, especially office-bearers of state farm association, advised us not to raise the voice. Even now, officials of Haryana animal husbandry and dairying department are not collecting the right figures of already died poultry birds. Almost 50,000 birds in my two farms died.”

Parvesh Kumar, owner of Parley Poultry Farm, said, “Almost 35 lakh to 40 lakh poultry birds have died in the entire Barwala-Mouli-Raipurani poultry belt in the last one and a half months. Strangely, the state government only woke up in the first week of January when samples were collected from the selected poultry farms. I have lost almost 65 per cent of birds at my poultry farm. The compensation should be increased from Rs 90 to Rs 450.”

There are around 125 poultry farms at Barwala, which is considered one of the biggest poultry belts in Asia.

Interestingly, owner of SKM Poultry Farm, Rajnish, whose samples were tested negative for avian influenza by High Security Animal Disease Laboratory (HSADL), Bhopal, expressed surprise over the result when high mortality of poultry birds was reported at his farm. He said, “I believe there is a conspiracy going on.”

Countering the allegations, Darshan Singla, president of Haryana Poultry Farm Association, said, “We have not misled anyone. We shared the right information about the number of dead birds. Indeed, illegal vaccine is being used in the poultry farm industry all over the country. Even we are urging the Central government to legalise this vaccine. I am the owner of a small poultry farm.”

DC Ahuja said, “I will enquire about all the facts, including the mortality of more than 4 lakh birds. The outbreak started in early days of December. The concerns of the farm owners who met me today are being reviewed.”

The state government had only collected the samples on January 1. The samples were found insufficient for ascertaining the reason behind the high mortality at RDDL, Jalandhar.