According to the sources in the Department of Education, as a general rule the government always sends the Governor a list of three names for such appointments. The Governor is expected to choose from the list. 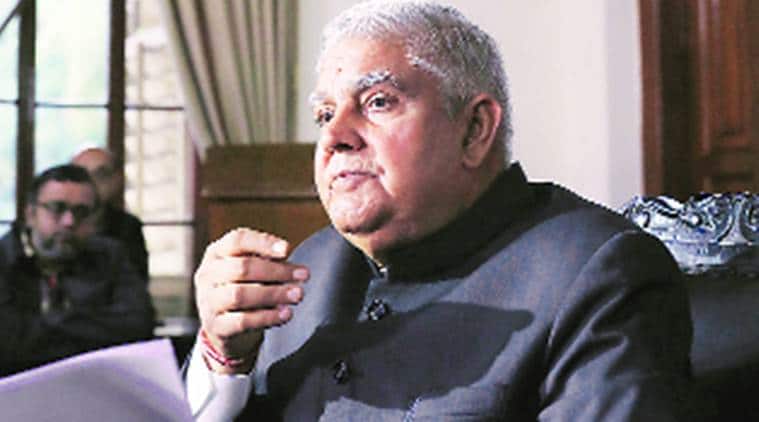 A new row erupted between Governor Jagdeep Dhankhar and the state government on Monday after Dhankhar appointed the pro vice-chancellor of Burdwan University without consulting the Mamata Banerjee administration.

Education Minister Partha Chatterjee hit out at the Governor, calling him a “BJP man”.

“This is very unfortunate. We sent him our choice, but he appointed a person not on the list. He always wanted to appoint people loyal to BJP. This is not done. We will not accept him in that position,” Chatterjee said, adding, “The Governor should have remembered that the government pays salaries in all the universities.”

According to the sources in the Department of Education, as a general rule the government always sends the Governor a list of three names for such appointments. The Governor is expected to choose from the list.

However, this time, Dhankhar chose Department of Zoology’s head Goutam Chandra, who was not on the list. In his order, the Governor wrote, “In exercise of power conferred by sub-section(1) of section 9A of the Burdwan University Act 1981 (as amended) I, the Chancellor of the university of Burdwan appoints Professor Goutam Chandra, Professor and Head of Department of Zoology, Burdwan University, as pro-vice-chancellor (Administration and Academic) of the University of Burdwan for a period of four years or up to age of 65 years or until further order, whichever is earlier.”

Though the Governor had not reacted to the government’s criticism till late at night, sources in the Raj Bhavan said Dhankhar’s actions were in accordance with the law.

The BJP defended the Governor, saying the ruling TMC was furious because Dhankhar does not want to be its “yes man”.

Dismissing Partha Chatterjee’s accusations, BJP leader Sayantan Basu said, “The government always wants such a Pro-VC or VC who will sit on a dharna platform with the government, something which has happened earlier.”