The accident took place on Monday when the high-end Mercedes Benz, which had five passengers, was going back to Bengaluru after sightseeing around Hampi. 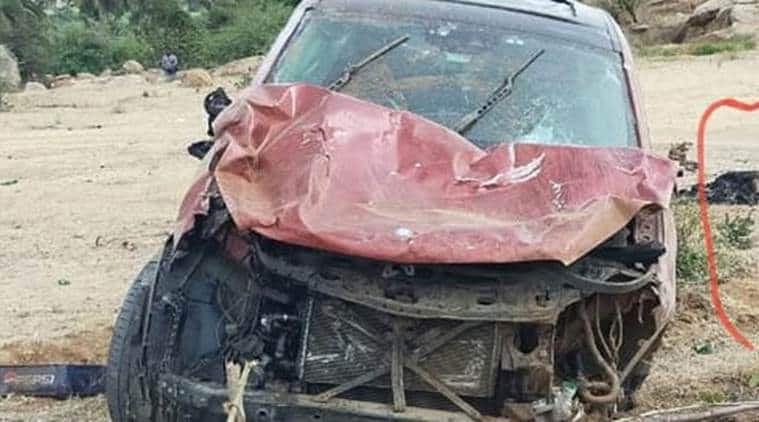 Days after two people died in a car accident near Bellary’s Hospet, the Karnataka Congress sought probe into the incident and alleged that the son of a sitting BJP minister is involved. Two people, including a pedestrian and a car passenger, lost their lives in the accident.

The Karnataka Congress alleged that the son of R Ashoka, who is a minister in the state Revenue Department, was involved in the accident. “There is huge conspiracy to protect R.Ashoka’s son in Bellary accident. Police giving clean chit to him even before any investigation raises eye brows. Innocent man, killed for reckless driving of a ministers son should get justice. Police should conduct thorough investigation,” the party tweeted.

The accident took place on Monday when the high-end Mercedes Benz, which had five passengers, was going back to Bengaluru after sightseeing around Hampi.

The Bellary superintendent of police C K Baba, however, clarified the minister’s son was not present in the car.

Baba said, “One person named Rahul was driving the car when the accident took place. Sachin, a pedestrian, lost his life in the incident. The case has been booked and we are investigating. Rahul is also seriously injured in the accident and he is been taken to Bengaluru for treatment.”