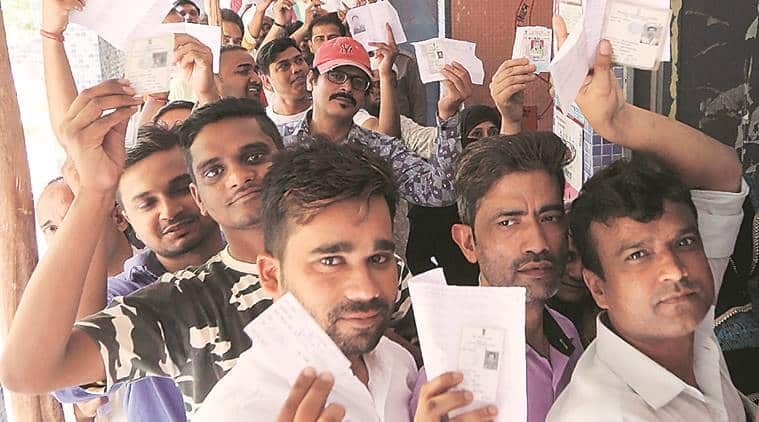 The trend of Bangaloreans choosing not to turn up to vote in the elections continues, and now extends to the local civic body elections as well. Bengaluru disappointed once again as only under 45% voters showed up for the Bruhat Bengaluru Mahanagara Palike (BBMP) by-elections to two wards held in the city on Wednesday.

The wards that went to the polls were Sagayapuram (Ward 60) and Kaveripura (Ward 103). It was decided to hold bypolls to these seats following the death of Deputy Mayor Ramila Umashankar and V Elumalai, representing Kaveripura and Sagayapuram wards respectively.

While BJP fielded Jayerim from Sagayapuram, the Congress chose to give the former corporator’s kin a ticket. Their candidate is Palaniyamma, Elumalai’s sister. Interestingly, former ‘hooch queen’ Marimuthu is also in the fray from the same ward contesting as an independent candidate. Reserved for general category candidates, JD(S) chose not to field a candidate from the ward as they are a part of the Congress alliance.

At the same time, in Kaveripura, JD(S) fielded Susheela who is up against BJP candidate Pallavi from BJP. It has to be noted that Susheela was preferred over former corporator Ramila’s sister and sister-in-law who were expected to get the tickets.

As polling concluded on Wednesday evening, the voter turnout in Sagayapuram (Ward 60) was 44.71%; while the same at Kaveripura (Ward 103) was 39.54 per cent. Polling was delayed for a while at Kaveripura following minor clashes between JD(S) and BJP party workers next to a polling station.