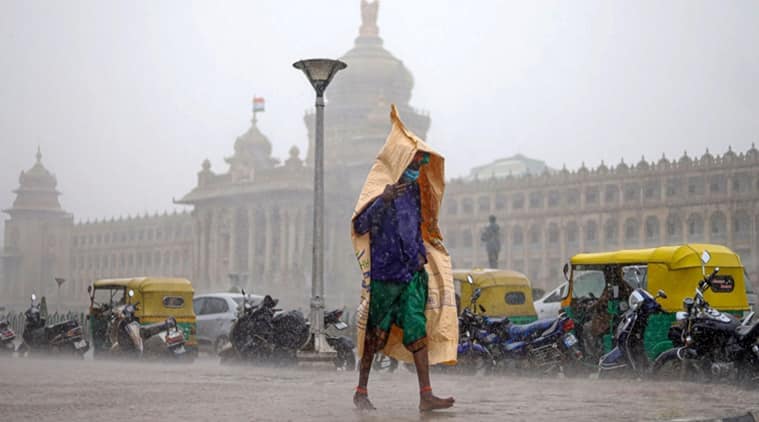 The Karnataka government has asked the authorities of all districts to declare holiday for schools on Friday, after assessing the situation arising out of rains in the state.

Meanwhile, the Bengaluru Urban district administration declared holiday to schools on November 19, citing heavy rains. In the state capital, several areas saw waterlogging and people were confined to their homes following rains. Water gushed into houses in low lying areas of the city. Owing to heavy downpour, roads wore a deserted look as there was hardly any vehicular movement.

Catch the latest news in Bengaluru and Karnataka as we bring you live updates on the political developments, Covid-19, weather and more in the state. Follow for the latest updates. Also read Tamil Nadu Chennai news

As the Karnataka BJP on Thursday tweeted a picture of his late son Rakesh with associates of alleged bitcoin scam accused Srikrishna alias Sriki, senior Congress leader Siddaramaiah hit back at the ruling party accusing it of trying to hide its “corruption” and attempting to get personal to pursue “dirty agenda” in politics.

He also urged Chief Minister Basavaraj Bommai to order a judicial enquiry into the alleged scam by the Supreme Court judge, including the term of the Congress government headed by him.

arnataka BJP Vice-President B Y Vijayendra on Thursday said he would contest the next elections from whichever constituency the party leadership decides to field him.

“As state Vice President (of BJP) I’m travelling across the state… Whether I should contest polls, if I have to contest from where, all those things, our party state president and senior leaders will decide. I’m not bothered about it,” Vijayendra, son of former CM Yediyurappa, said.

Responding to reporters on a query about the constituency he personally desires to contest from, he said, “Wherever our state president and party asks me to contest, I’m ready to contest from there.” The next assembly polls in Karnataka is slated for 2023. (PTI)

Out of 313 new cases reported today, 179 were from Bengaluru Urban, as the city saw 2 deaths. Total number of active cases in the state is at 7,349.