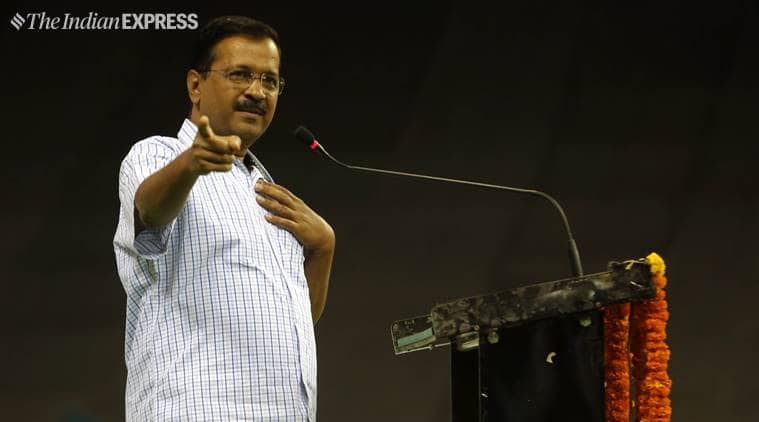 Delhi Chief Minister Arvind Kejriwal Friday said pollution in the national capital is decreasing. “Want to share that pollution in Delhi is decreasing. This isn’t my claim. I am saying this on the basis of CPCB data. Between 2012-14, PM 2.5 was 154. Between 2016-18, it has come down to 118. 25 per cent reduction in levels of PM 2.5. Between 2011-14, the yearly average of severe pollution days used to be 40. Now the annual average is 15,” Kejriwal said in a press conference.

The chief minister also said that during the year 2012-2014, the air quality was in “Good category” only for 12 days, but during 2016-18, it rose to 205 days. Asserting that this has happened not because of efforts of the Delhi government, Kejriwal thanked the Centre, Supreme Court, EPCA, CSE, and RWAs for it.

Explaining further, Kejriwal said, “Secondly, the reduction in the number of trucks using Delhi’s roads. The EPE and WPE have had a major impact. Due to EPE, 30 per cent less trucks are entering Delhi. According to a study of the CHRI, EPE has helped but 7 per cent pollution in Delhi. We want to thank the Centre for building these highways.”

“Thirdly, the measures against dust, especially at construction sites. Even the MCDs have played a big role in this regard. Fourthly, planting of saplings. Forest cover has increased from 20.2 per cent in 2015 to 20.6 per cent.”

The AAP chief also said that two big thermal power plants  — Rajghat and Badarpur — have been shut by the Delhi govt. “And most importantly, the Graded Response Action Plan (GRAP). We followed the directions of the SC and EPCA. These have played a major role in the reduction in the pollution level,” he added.

Kejriwal also said that his government is now looking at tackling the stubble burning issue. “We are staring at a big challenge — stubble burning, which turns Delhi into a gas chamber. The neighbouring states are trying to tackle the issue. This time, whenever pollution will increase in Delhi due to stubble burning, we will surely implement the GRAP. But I want feedback from people on what else we can do. We are launching an email address, [email protected]”

On the other hand, a day after the Delhi government decided to turn down the Delhi Police request for sanction to prosecute former JNU Students’ Union president Kanhaiya Kumar and other students who have been accused of sedition, Kejriwal said the government will not interfere in the matter now.

“Home Dept will take a call. From our end, I can assure you that we will not interfere. There will be no political interference. The concerned authority will take a decision based on facts. I have read a few reports in the papers today. We will take a call,” he said.