November, a city-based artist has been visiting Tambat Ali to capture its aesthetic splendour in an effort to document a culture that dates to the Peshwas and could be in decline. 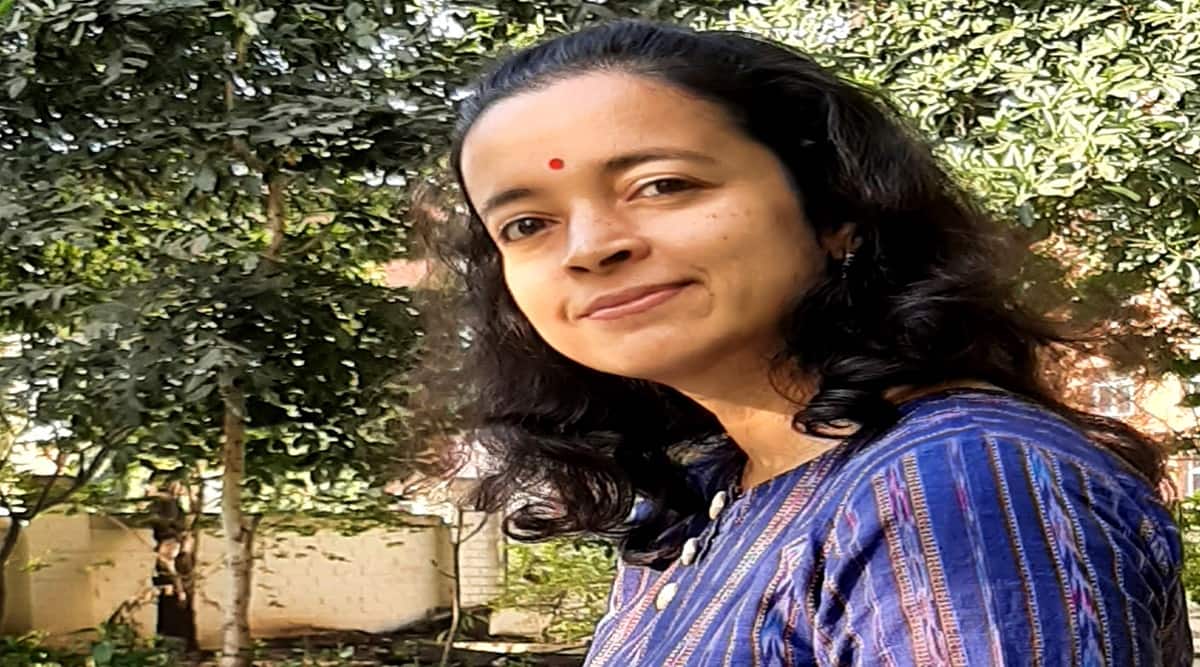 As long as the sun is in the sky, the sound of hammer on metal rings through Tambat Ali. This old quarter of Pune is famous as the coppersmith’s alley, where stacks of the metal gleam gold and ochre in the light. Since November, a city-based artist has been visiting Tambat Ali to capture its aesthetic splendour in an effort to document a culture that dates to the Peshwas and could be in decline.

Priya Krishnan Das will present the story of the coppersmiths before a global audience of artists on February 21 as part of Urban Sketchers Talk on YouTube. Urban Sketchers is an international platform that explores the world through sketches and Das is a part of its Pune chapter. Excerpts of an interview with the painter:

How do your sketches capture the nature of Tambat Ali?

In all my sketches, I have shown the coppersmiths holding their hammers. That’s because every coppersmith needs to keep hammering the copper to create concentric indentations, which lends aesthetic value, as well as to strengthen the texture of the metal. Copper is a relatively soft metal to work with and needs to be beaten consistently to create a firm texture. It takes a coppersmith several years to gain mastery over the hammer. I met a coppersmith who said that he had been working for 20 years and, yet, sometimes he struggles with the larger vessels. Another sketch is of Vikrant Dakhave, who is 41-years-old and the youngest, which shows that the younger generation is not taking up the art form. Dakhave had grown up in Tambat Ali but actively did not participate in it. He completed his graduation and took up a job in a bank but, in 2008, he quit and joined his father. He is aware that artisans are growing fewer by the year and a craft that has been alive for centuries may not survive more than a few decades.

How old is the history of Tambat Ali?

About 400 years ago, a few hundred families migrated from the Konkan coast and were under the patronage of the Peshwas, who were the Prime Ministers of the Maratha empire. The community lived in the area of Kasba Peth, one of the oldest inhabited areas in Pune. I found that the families in Tambat Ali have been in the same place their forefathers came to centuries ago. Generation after generation, they have been living on the same premises. Though the younger members have started earning more and bought a flat in and around the area, in most cases the eight or ninth generation lives and works in Tambat Ali. So, we see old wadas with a courtyard though you may also see some asbestos sheets that are recent additions. The living spaces of the coppersmiths are very small, and this is where all the work happens.

What motivated you to explore this historic part of the city?

I have a keen interest in art, culture and textiles. I am also a solo traveler and travel blogger so I travel to remote places that are not on the tourist map. I have documented a range of indigenous arts, crafts and cultural practices such as shamanic rituals in Arunachal Pradesh. In Kutch, I found that the potters still make the same patterns that were found in the Indus Valley Civilisation. India has a wealth of art, craft and culture and I write about these in my blog as a way of preserving their memories. 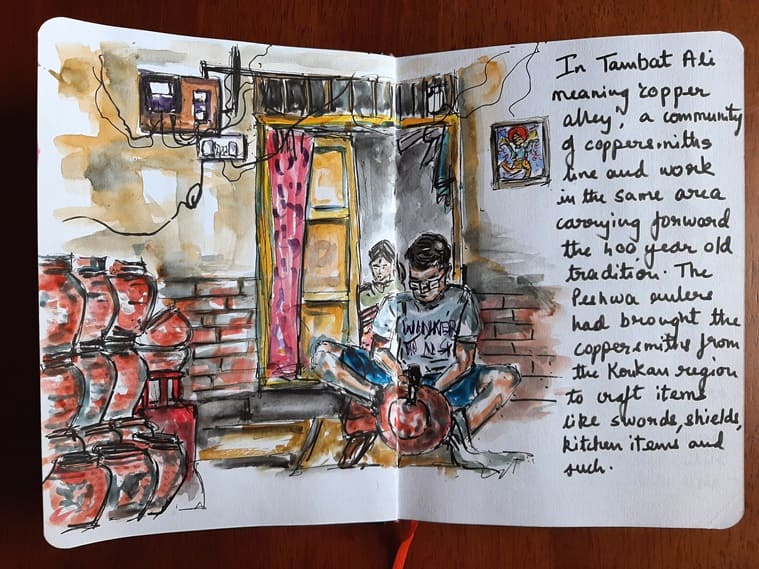 Your sketches show that the coppersmiths live and work in the same space. How is the family involved in their work?

One of my first sketches shows a coppersmith working in a small area while, behind him, his wife is polishing a vessel. In several works, there are women going about their housework. The coppersmiths live in small spaces, which have an anteroom, and work there from sunrise to sunset. The story would be incomplete without mentioning women because they run the household and are custodians of the old-world hospitality and culture. One coppersmith’s wife would offer me tea every time I visited. During sankranti, she gave me laddoos. I asked if I could sketch her and that’s when I went inside their small living space and saw that it was spotlessly clean. She had brass and copper containers filled with food and water, among others.

Women handle the domestic roles and play as important a role as the coppersmiths in keeping up this old tradition. There are no women coppersmiths. They say that there is no rule that women cannot take up the profession and if any of their daughters want to, they would be welcome.