“We all salute Amartya Sen. Just because he isn’t inclined towards BJP's ideology, they’re levelling such allegations against him,” Banerjee said. 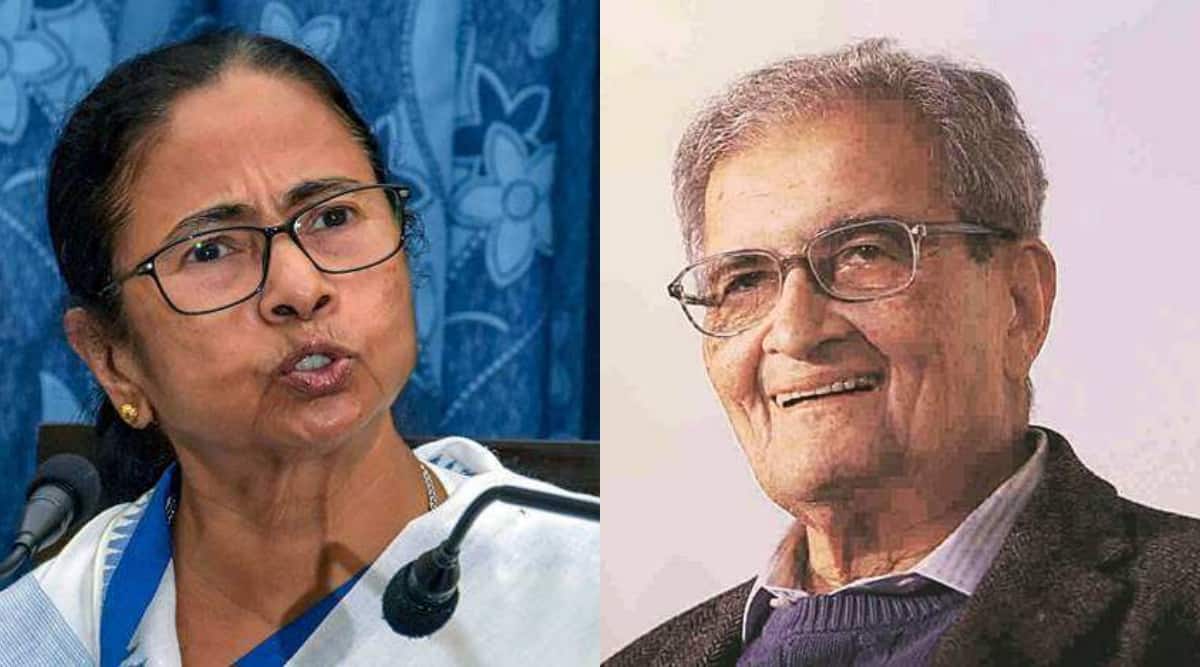 A day after Visva-Bharati University (VBU) wrote to the state government, accusing economist Amartya Sen of illegally occupying its plots, Chief Minister Mamata Banerjee on Friday said the accusation had been levelled against the Nobel laureate as he was “isn’t inclined towards BJP’s ideology”.

The VBU administration alleged that dozens of the university’s plots had been incorrectly recorded and the list of unauthorised occupants included Sen.

“We all salute Amartya Sen. Just because he isn’t inclined towards BJP’s ideology, they’re levelling such allegations against him,” Banerjee said.

Writing to the Nobel laureate on Friday, the CM said, “We all know about your family’s deep and organic bonds with Santiniketan. Your maternal grandfather, revered scholar Kshitimohan Sen, was one of the early leading settlers in Santiniketan, while your father Ashutosh Sen, a noted educationist and public administrator, had his famed house Pratichi built in Santiniketan about eight decades ago. Yours has been a family weaved in the culture and fabric of Santiniketan, inalienably.”

She added, “Some new invaders in Visva-Bharati have now started raising surprising and completely baseless allegations against your family properties. This pains me and I want to express my solidarity with you in your battles against the bigotry of the majoritarians in this country, battles that have made you an enemy of these forces of untruth.”

On Thursday, Banerjee had said she had not been invited to VBU’s centenary celebrations. She tweeted, “Visva-Bharati University turns 100. This temple of learning was Rabindranath Tagore’s greatest experiment on creating the ideal human being. We must preserve the vision and philosophy of this great visionary.”

Pointing to Prime Minister Narendra Modi’s address at the centenary programme, TMC claimed that there were several “factual errors” in his speech. A senior member of the ruling party said the PM had “denigrated” Bengali culture during his speech in more ways than one.