A purported screenshot shared by Alka Lamba shows she was removed by AAP’s North East Delhi candidate Dilip Pandey. Pandey did not respond to the matter. 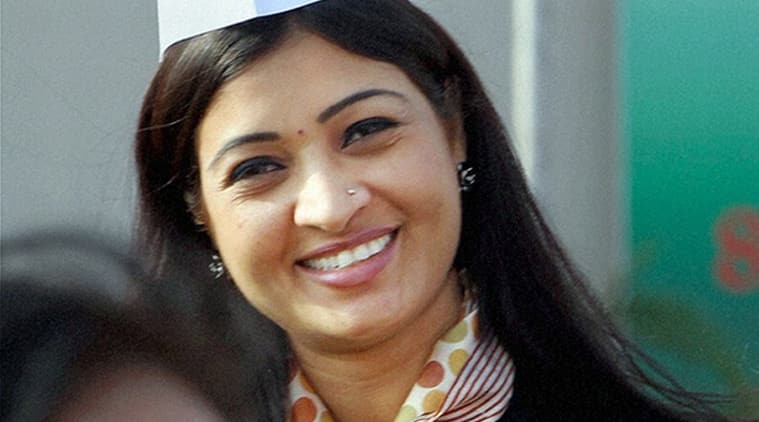 AAP’s Chandni Chowk MLA Alka Lamba has claimed she has been removed from the WhatsApp group for party MLAs after she raised questions over the party’s performance in Lok Sabha polls. Lamba shared a video claiming that the party chief Arvind Kejriwal had sent a message on the group asking members to apologise to the public and focus on the assembly campaign.

Hitting out at the CM, Lamba said action should be taken against those who made decisions sitting in a closed room. “You (Kejriwal) are accepting that mistakes have been made. But how can you proceed further without discussing those mistakes? Seeking an apology from the public will not help,” she said.

A purported screenshot shared by Lamba shows she was removed by AAP’s North East Delhi candidate Dilip Pandey. Pandey did not respond to the matter.

“I have always been telling the party what you (Kejriwal) are telling them now. I am sometimes added to the group, sometimes removed. It would have been better if a meeting was held to introspect, look at the shortcomings and move ahead,” she said.

AAP’s spokesperson Saurabh Bharadwaj said: “We don’t want to comment on Alka Lamba. She is an attention seeker. Some MLAs had raised a point that some people are unhappy about a few local works in their area. The CM asked them to meet such people with humility, assure them of speedy work and apologise for the inconvenience.”

This is the second time that Lamba has been removed from the group. The last time was in December when she raised an objection to the party’s resolution to revoke Rajiv Gandhi’s Bharat Ratna. However, she was added before the Lok Sabha polls.

In April, Lamba engaged in a Twitter spat with AAP’s Greater Kailash MLA Saurabh Bharadwaj, who had taunted her to resign from the party. She had refused to campaign for the party and had refrained from participating in Kejriwal’s road show after she was asked to walk behind his car. Following the spat, she had addressed a crowd outside Jama Masjid and said the party was demanding her resignation.

On Saturday, former joint secretary of AAP’s Delhi unit Pawan Sharma, meanwhile, revived the question of who would take responsibility for the loss the party suffered.

In 2017, when AAP lost the municipal polls, Delhi convenor Dilip Pandey and Sharma had tendered resignations from party posts. On Saturday, Sharma retweeted his tweet from 2017 wherein he had resigned. While he could not be contacted for a comment, he later clarified on Twitter: “The party is united and is preparing for the next frontier. We will fight, we will win.”