In the past too, the group has defaced road signages and pasted controversial posters in the national capital. 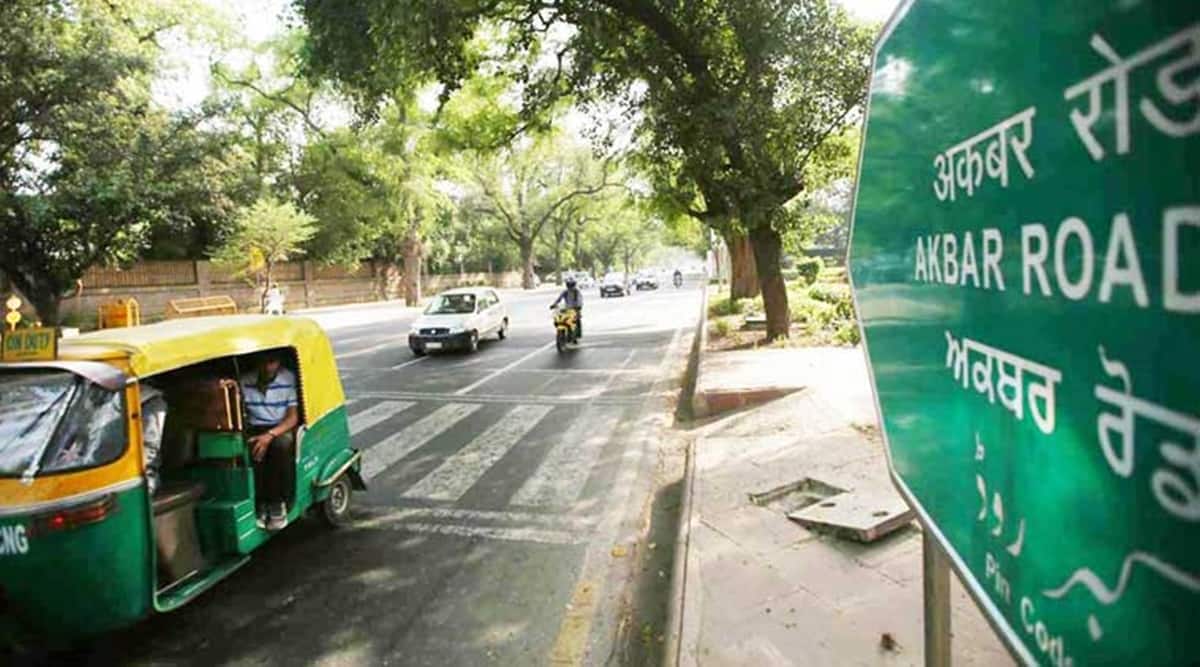 A signboard of Akbar Road in Lutyen’s Delhi was vandalised Thursday and posters were put up on them, declaring the stretch as ‘Samrat Hemu Vikramaditya Marg’. The Hindu Sena claimed it was behind the act.

A senior official of the New Delhi Municipal Council (NDMC), under which the area falls, said it has removed the poster and complained to Delhi Police to register a FIR. DCP (New Delhi district) Deepak Yadav said an FIR under relevant sections of the law is being registered.

In the past too, the group has defaced road signages and pasted controversial posters in the national capital. In November last year, it had defaced a signboard of the India Islamic Cultural Centre (IISC) in Lodhi Road area. Police later removed the poster. An FIR was also registered after the NDMC reported the matter.

In June this year, they had put up objectionable posters and hoardings on Akbar Road in the national capital.