The report, which allegedly went missing one and half years ago, was traced on Tuesday. Maharashtra Chief Secretary Sitaram Kunte met Pawar and informed him that it had been found. 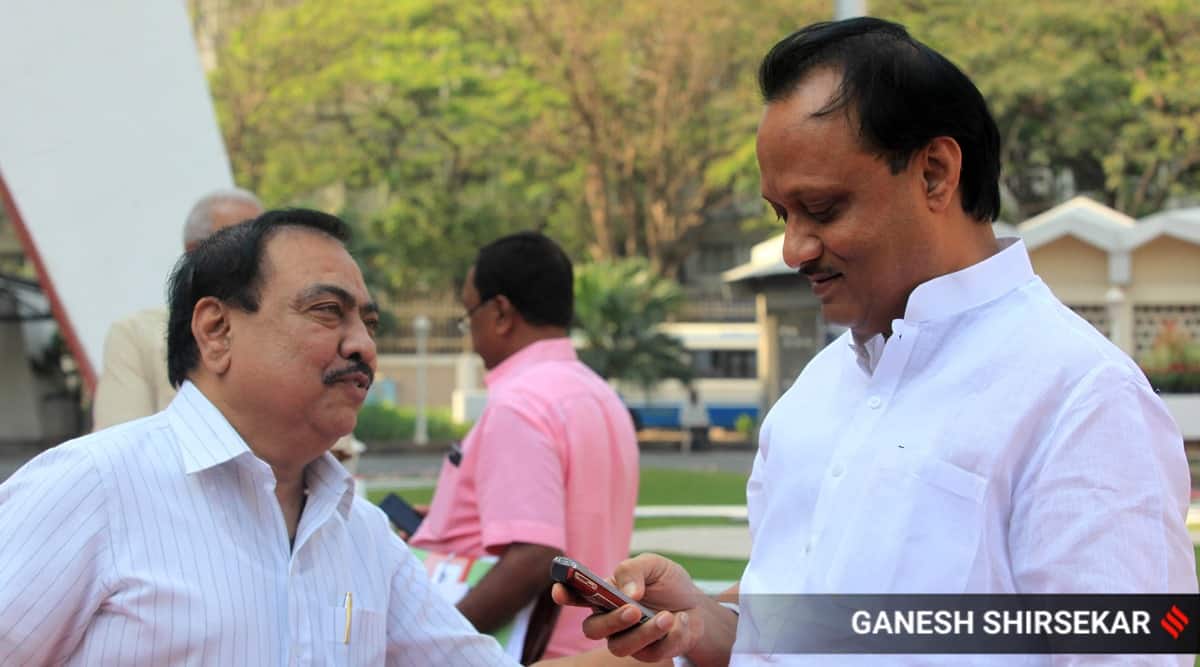 A group of senior cabinet ministers led by Maharashtra Deputy Chief Minister Ajit Pawar will reflect on the Zoting committee report on Wednesday to determine the next political course for senior NCP leader Eknath Khadse in the state. The report is based on findings of an alleged 2016 Pune land deal case, in which Khadse is accused.

The report, which allegedly went missing one and half years ago, was traced on Tuesday. Maharashtra Chief Secretary Sitaram Kunte met Pawar and informed him that it had been found.

However, nobody in the government is officially confirming whether the report was actually misplaced or kept under wraps.

A senior secretary said, “Such important documents are preserved carefully. So, the question of losing the report is farfetched. But there would have been some confusion as to who held it. A case of misplacement…”

Earlier, several departments had denied having the report.

Khadse is accused of having bought land from the Maharashtra Industrial Development Corporation (MIDC) at Bhosari in Pune for Rs 3.75 crore when its actual value was almost Rs 40 crore. The land was allegedly purchased in Khadse’s son-in-law Girish Chaudhri’s name and the money for the deal was allegedly routed through five shell companies.

In June 2016, the then BJP government led by former chief minister Devendra Fadnavis had appointed a judicial commission headed by retired HC Justice Dinkar Zoting to conduct an inquiry into the alleged deal. A year later in 2017, the Zoting committee submitted a report on the same to the state government. However, it was never tabled in the state legislative Assembly.

In December 2017, Fadnavis as CM had said, “Zoting report was not relevant. As Bombay High Court had directed government to file FIR in the land scam.”

The Anti-Corruption Bureau was also investigating the cases.

Khadse had several times demanded that the report be found.

The former revenue minister had to resign in 2016 from the BJP government following the allegations. He has been accused of misusing his power to benefit his wife and son-in-law in the deal. He is also accused of convening a meeting with MIDC officials on the land deal, which was not under his jurisdiction.

Khadse has repeatedly denied all charges.