Farmer unions of Haryana are demanding that the state government withdraw all the criminal cases registered against farmers during the ongoing farmers’ agitation. 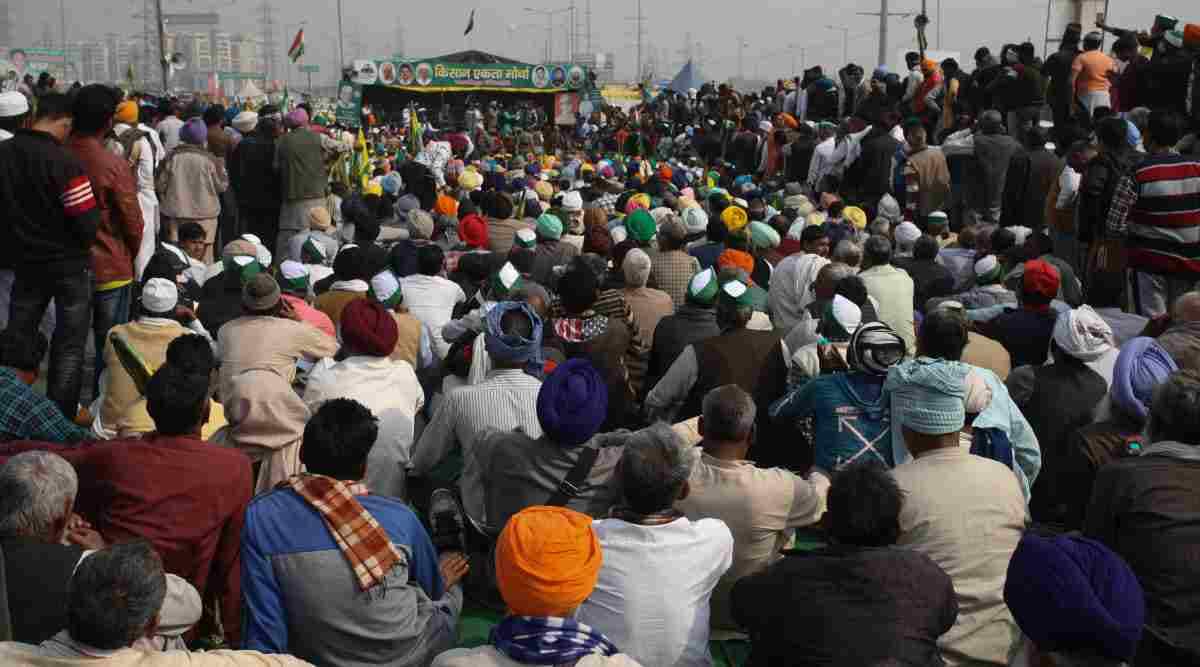 With Prime Minister Narendra Modi announcing that the Centre has decided to repeal the three contentious central farm legislations, farmer unions of Haryana are demanding that the state government withdraw all the criminal cases registered against farmers during the ongoing farmers’ agitation.

Currently, there are almost 150 FIRs that are registered against farmers across the state’s 22 districts.

Recently, the Haryana Police had also started sending notices to farm protesters who were booked in different cases during their ongoing agitation. The farmers in turn had been gheraoing the police stations in protest against the FIRs. They had also asked protesters who received such notices not to respond till their agitation was underway.

While only a few hundred protesters stand named as accused in these FIRs for breaking police barricades and gherao of BJP-JJP leaders during the stir, the overall number of farmers booked in such cases is far more.

Keeping in view the resistance they may face, police haven’t arrested many of the farmers yet in connection with the FIRs, sources said.

Farm leaders had also given a call to protesters to not go to any police station even if the police called them for the same. They had said the issue of FIRs should be decided only when a decision is taken on the three farm laws.

Under these circumstances, sources say, police had started sending notices to the protesters via village sarpanches, numberdars and chowkidars.

Yamunanagar BKU president Subhash Gurjar said: “The police went to my residence 2-3 times. Then, they tried to give notice to the village numberdar to give it to me. But the village numberdar refused to take it. A notice issued for Sadaura block BKU unit president Satpal Manakpur was handed over to the village chowkidar but he also refused to take it. Similar notice was issued against Bilaspur block BKU president Sukhdev Singh Salempur. We have received reports of similar attempts of handing over notices to the farmers through sarpanches or numberdars in over a dozen villages. As per our reports, no sarpanch or numberdar has accepted the notices issued against the farmers.”

Gurjar had further said: “Activists or local leaders are knowingly being targeted. But our agitation can’t be suppressed. It will continue till the farm laws are not repealed. We are ready to go to jail as part of our agitation.”

When contacted, Yamunanagar SP Kamaldeep Goyal had told The Indian Express that “we are trying to complete the investigations as per legal process. Notices are being issued to them under Section 41 A of the CrPC, asking them to join the investigation. But they are not joining the investigation as of now.”

Sources said police had also sent two notices to senior BKU leader Gurnam Singh Chaduni, too. Farmer leaders said the showcause notices are being issued to protesters for cancellation of their arms licences also while citing the cases lodged against them.

Expressing anguish over the matter, Chaduni had earlier stated: “We will not allow the arrest of any farmer. When the fate of our agitation will be decided, only then a call on the FIRs will be taken.”