After offering prayers at the gurdwara, Sidhu said, “On the holy day of Baisakhi, I have come to unveil the conspiracy of desecration of Guru Granth Sahib. The holy Bir of Guru Granth Sahib was stolen from this village Gurdwaras in 2015,” said Sidhu 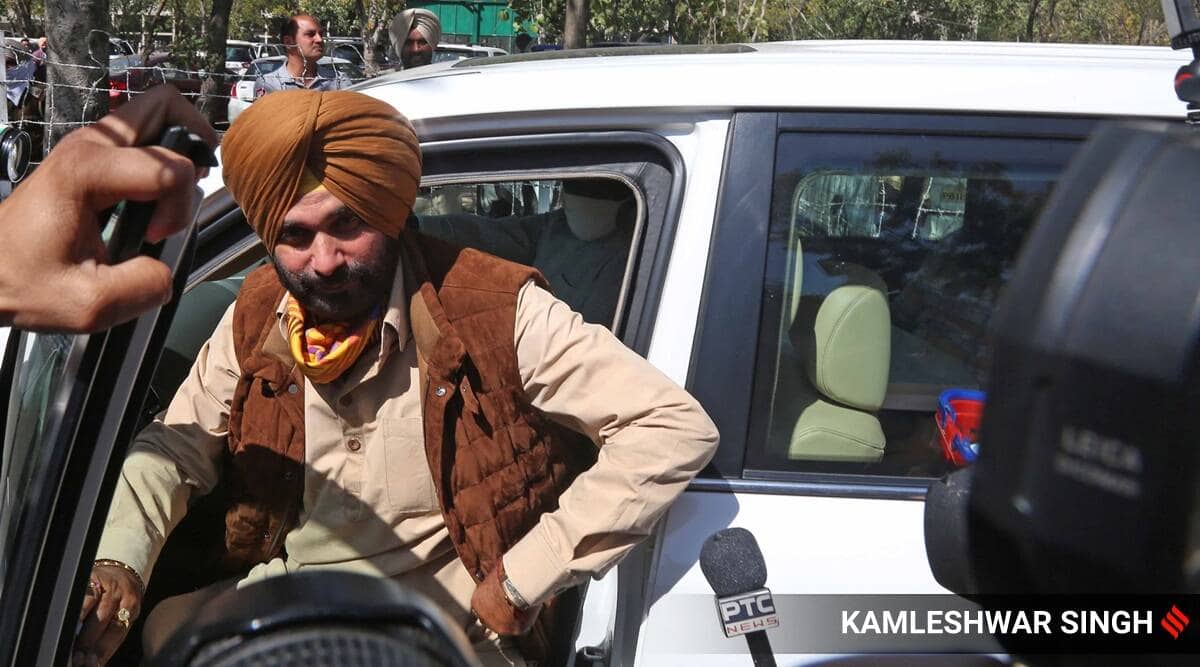 On a day Chief Minister Amarinder Singh refused to accept the resignation of IG Kunwar Vijay Pratap Singh after the high court quashed the probe led by him in the 2015 Kotkapura and Behbal Kalan police firing cases, Congress MLA Navjot Singh Sidhu demanded that the SIT report be made public.

Sidhu raised the demand during his visit to Gurdwara Burj Jawahar Singh Wala in the Faridkot district from where a copy of the Sikh holy book was stolen in 2015. Sidhu’s remarks came four weeks after he met Amarinder Singh following which political experts had predicted that he will be re-inducted in the cabinet.

After offering prayers at the gurdwara, Sidhu said, “On the holy day of Baisakhi, I have come to unveil the conspiracy of desecration of Guru Granth Sahib. The holy Bir of Guru Granth Sahib was stolen from this village Gurdwaras in 2015,” said Sidhu.

He said the way the report of Justice Ranjit Singh Commission was made public, the report prepared by the Punjab Police SIT led by IG Kunwar Vijay Pratap Singh too should be made public.

Singh was heading the SIT, probing into the 2015 Kotakpura and Behbal Kalan firings at demonstrators protesting against the sacrilegious incidents at Bargari in Faridkot. At Behbal Kalan, two people were killed in the police firing. The Congress after coming to power in 2017 had set up an inquiry commission headed by Justice Ranjit Singh to probe into the sacrilegious incidents.

The cricketer-turned-politician appeared to be targeting his own Congress-led government in the state by asking why advocates responsible for the presentation of facts were “weak”.

“Law always gives verdict on the basis of fact. But if those who have to represent facts in front of court are weak then verdict will come according. Today entire Punjab is asking if there was any other case more important than this,” Sidhu said while apparently referring to the case pertaining to the 2015 sacrilege incidents. “Why lawyers, responsible for the presentation of facts, were weak? Why top lawyers were not hired?” he asked, adding that people of Punjab have been waiting for justice for the last six years”.

He also praised as IG Kunwar Vijay Pratap as a good police officer. “Punjab Police is capable. Where there there is will, there is way,” he said.

He also invoked a 18th century story from Sikh history to draw comparison of the developments in court over police firing case.

“Bhadur Shah had sought help from Guru Gobind Singh against his brother in fight for throne. In return, Guru Sahib asked Bhadur Shah if he would take action against Wazir Khan and other kings for what they did with Sikhs. Bhadur Shah promised action but later backtracked. But Guru was all powerful and Baba Banda Singh Bhadur delivered the justice. It led to establishment of Sikh Raj for first time. Almighty will do the justice in Bargari desecration case too. Guru is just testing us if we pass his exam or not. Two Sikhs sacrified their lives in Behbal Kalan”.

Without naming anyone, Sidhu said, “One who is not true to Guru, can’t be true to Punjab. Guru is soul of Punjab,” said Sidhu.