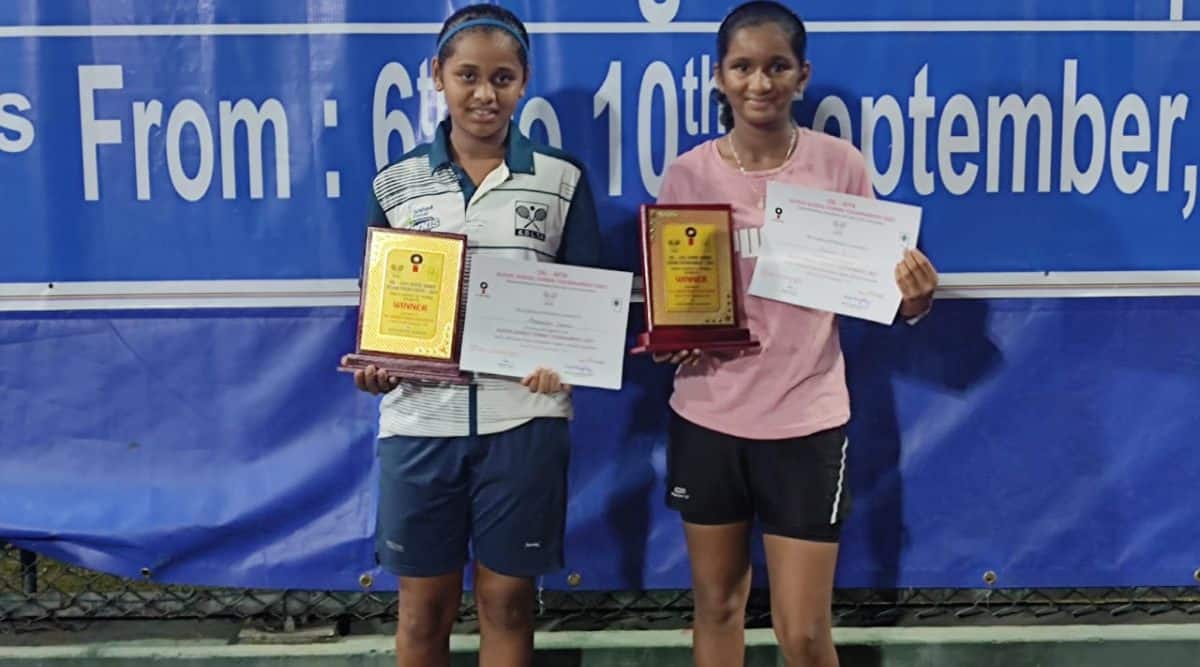 Putting behind her sour experience with a broken shoe that saw her losing a game in the quarter finals, Aishwarya Jadhav, the 13-year-old tennis player from Kolhapur, managed to bag the doubles title at the Under-14 OIL – AITA Super Series Tennis Tournament held at the hard courts of All Assam Tennis Association Complex in Guwahati last week.

Partnered with fellow player from Maharashtra, Nainika Reddy Bendram, she defeated the duo of top seed Sohini Mohanty and Manshi Singh 6-3, 6-1 on September 9. “I had met our opponents at the nationals held earlier this year and had an idea about their game. Nainika and I dominated the game and we had full control over it. The match ended one-sided,” said the teenager, hailed for her strong forearm.

Even as Jadhav kept a good stride in the doubles matches on the hard courts and was delighted with the latest title, luck was not on her side during her singles quarter final match against Manognya Madasu of Andhra Pradesh.

“The quarter final match was my second run-in with Manognya. I had played with her before at the U-16 match in Guwahati where she won with straight sets earlier that week. I put up a strong fight against her, in a way to redeem myself for the past loss. I had won the first set 6-3 and I believe I was 5-4 up but then my shoe tore open. She saw that and put it to her advantage to win the tiebreaker of set two 6-7. With the help of my father, we fixed the shoe temporarily before playing set three as at the time we had no spare pair of shoes handy. But the movement was quite restricted and I lost the third set 4-6,” Jadhav said.

Jadhav, currently training under brothers Arshad Desai and Manal Desai at the Arshad Desai Tennis Academy in Kolhapur, said that a similar experience in the past, a pep talk with her coach and a new pair of shoes had her ready for her doubles matches lined up.

“An identical incident happened with me in an U-12 match, and I lost it due to being completely distracted on account of the broken shoe. Down the line, I learnt to focus on the match at hand and not let such small things deter my objective on the court — to play well and win. After losing the recent quarter final, I did lose morale but my coach helped me understand that I lost with a tough score. And of course, after the match, I bought a new pair of shoes to play in for the doubles match,” Jadhav shared.