Special Court judge Gurvinder Singh Malhotra also sentenced two others to 10 years rigorous imprisonment in the case while one person was handed seven years in jail. 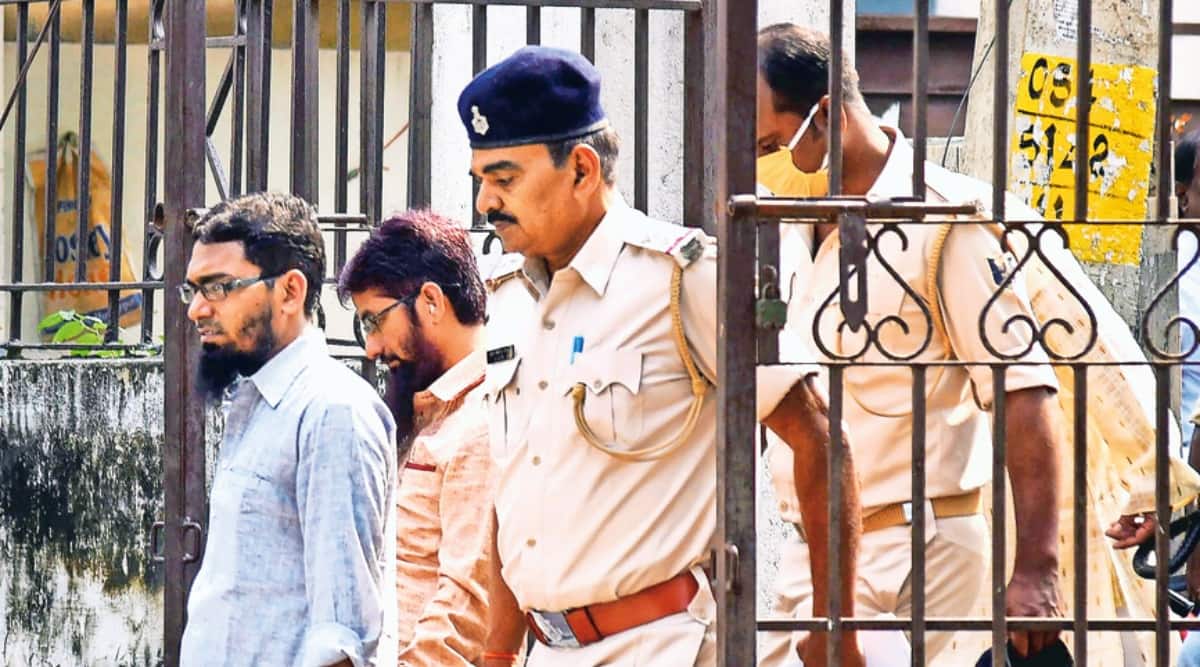 TERMING IT as a “rarest of rare” case, a Special NIA Court Monday sentenced four convicts to death and handed life terms to two others for their role in the October 2013 bomb blasts that killed six people at Gandhi Maidan in Patna during a rally by Narendra Modi, who was then the Gujarat CM and being projected as the BJP’s PM candidate.

Special Court judge Gurvinder Singh Malhotra also sentenced two others to 10 years rigorous imprisonment in the case while one person was handed seven years in jail.

The four who have been sentenced to death are: Haider Ali alias Abdulla alias “Black Beauty”, Numan Ansari, Mujibullah Ansari and Imtiyaz Ansari. Umer Siddique and Azharuddin Qureshi were handed life terms. Ahmad Hussain and Firoz Aslam were given rigorous imprisonment, and Ifteqaar Alam a jail term of seven years.

According to the NIA, all nine convicts are members of the banned organisation SIMI.

Special Public Prosecutor Lalan Prasad Singh told reporters: “We had a very strong case against the four who were given capital punishment. The court took a very strong view of the serial blasts, aimed at causing casualties during the Hunkar rally”.

Singh said the court handed life terms to Siddiqui and Qureshi as they had “admitted their involvement during the trial”.

Five of the nine convicts — Haider Ali, Mujibullah Ansari, Imtiyaz Ansari, Umer Siddiqui and Azharuddin Ansari — had been sentenced to life by the NIA court three years ago in the separate Bodhgaya serial blasts case of July 7, 2013.

The NIA had filed chargesheets against 11 people in connection with the Patna blasts that occurred when Modi was addressing a well-attended rally at Gandhi Maidan. Called the Hunkar rally, it was held soon after Bihar CM Nitish Kumar had broken ties with the NDA.

One of the 11 accused in the case was a minor, and was referred to the juvenile justice board. Another person, Fakkruddin, was acquitted for lack of evidence.