M V Kanchan, which was on its way to Mangalore, sunk seven nautical miles west of Umargam in Gujarat after engine failure 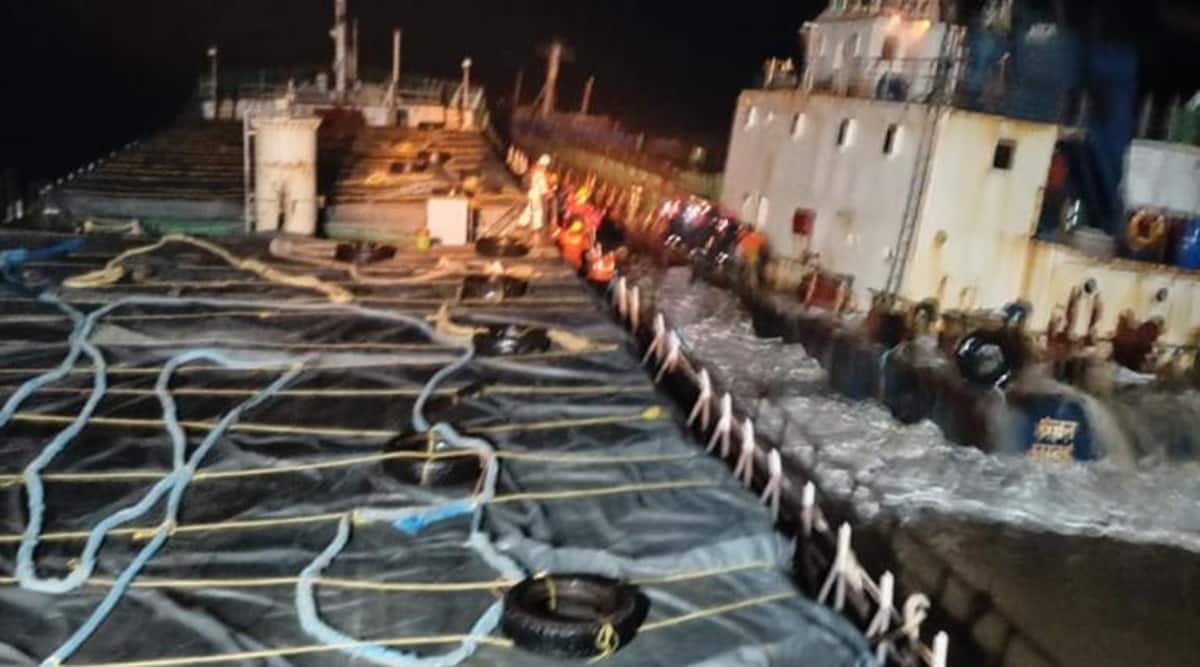 M V Kanchan, which was on its way to Mangalore, sunk seven nautical miles west of Umargam in Gujarat after engine failure

Director general of shipping Amitabh Kumar told the Indian Express, “The engine of this vessel failed on Wednesday and a distress call was given late in the evening. Since no Coast Guard vessel could reach immediately, the authorities have powers under the Merchant Shipping Act to divert any nearby vessel for help. Hence they diverted M V Hermeez and saved all 12 crew members. M V Hermeez is now coming to Mumbai with survivors.’’

The DG Comm Centre belonging to the shipping ministry and the Coast Guard coordinated all through the night.

Emergency Towing Vessel Water Lily was also sent to the spot but could not locate the vessel.

In May, an accommodation barge P 305 and a tug Varaprada working for the Oil and Natural Gas Commission sunk off Mumbai, and 79 persons were killed due to Cyclone Tauktae. Another accommodation barge called Gal Constructor is still stuck at Vadrai in Palghar.