Gigi Hadid always shows up to the Met Gala red carpet with the vibe in mind, and considering this year’s theme is Gilded Glamour, our expectations were high. And my goodness did she deliver! Gigi showed up wearing a skin-tight latex red catsuit and corset. She was spotted leaving her hotel right before hitting the carpet:

Gigi leaving the Mark Hotel on her way to the #MetGala! pic.twitter.com/UQdD8MWLCb

Here’s a closer look at that corset:

Tonight marks Gigi’s seventh appearance at the Met Gala, so we might as well take a look back at all of her looks, right? Here she is wearing Diane Von Furstenberg at her very first Met Gala in 2015, which was themed ‘China: Through the Looking Glass.’ 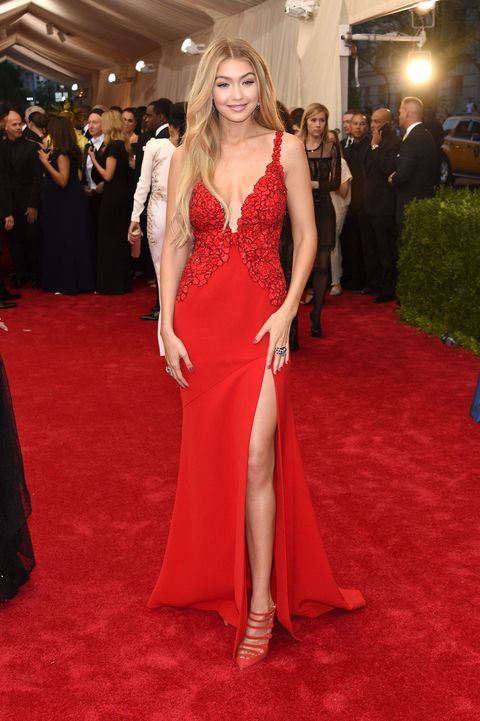 Here’s Gigi at at 2016’s Met Gala (‘Manus x Machina: Fashion in an Age of Technology’) with her then-boyfriend Zayn Malik. She wore Tommy Hilfiger. 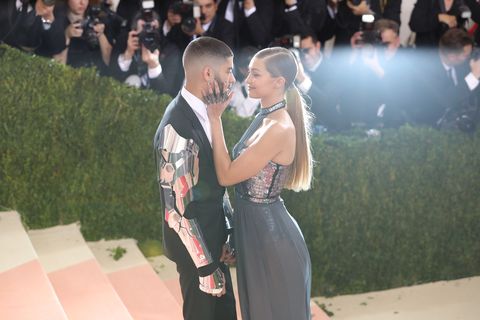 And she wore Tommy Hilfiger again in 2017 for ‘Rei Kawakubo/Comme des Garcons: Art of the In-Between.’ 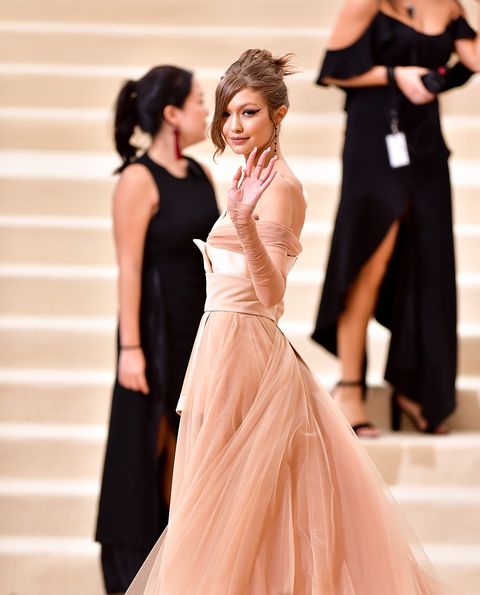 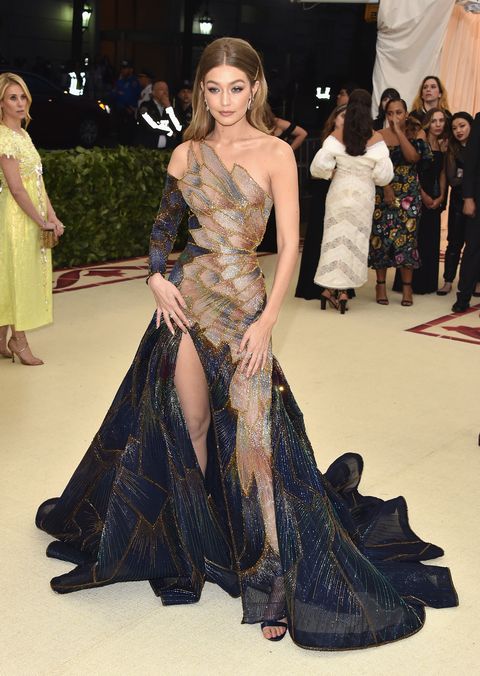 And this wild Michael Kors look for ‘Camp: Notes on Fashion’ in 2019. 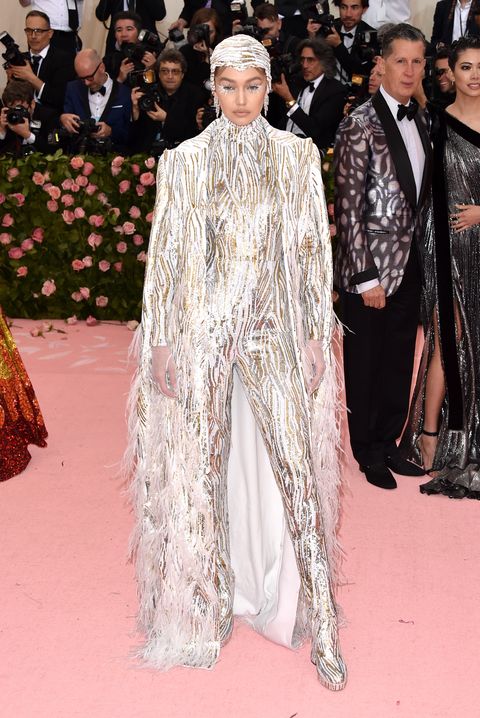 And finally, last year Gigi stepped out in a chic Prada dress for ‘In America: A Lexicon of Fashion.’ 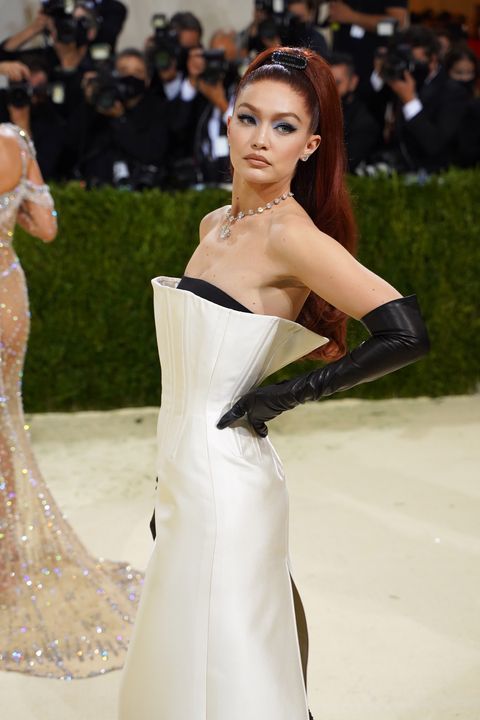 In other words, Gigi Hadid can do no wrong when it comes to this carpet, next!