Prince William and Prince Harry used to be inseparable. They were each other’s best men at their weddings, dueled with lightsabers on the “Star Wars” set, and launched “Heads Together,” a campaign to support mental health. Unforgettably, Princess Diana’s boys walked behind their mother’s coffin to the “sound of the horses’ hooves.”

Yet, Diana’s boys came apart at the seams as early as 2016, per Us Weekly, when William expressed concern at the rapid pace of Harry’s relationship with Meghan Markle. The rift deepened when Harry and his actor wife wanted to establish their own press office separate from the Cambridges, but were told that they would share an office with Buckingham Palace. The Duke and Duchess of Sussex announced that they would be leaving the monarchy, and “Megxit” followed in 2020, with the couple setting up a new life in the United States. Then, in March, Harry and Meghan shocked the world with an interview where they told their side of the story.

William has seemingly been the only royal to speak out about the allegations of racism the Sussexes made against the British monarchy. When asked by a reporter about the accusation, William responded, “We are very much not a racist family.” Now, per Newsweek, royal authors Omid Scobie and Carolyn Durand allege that they have the inside scoop on how Wills felt when his brother and sister-in-law spoke to Oprah Winfrey.

Here's how Prince William allegedly felt about the Oprah interview 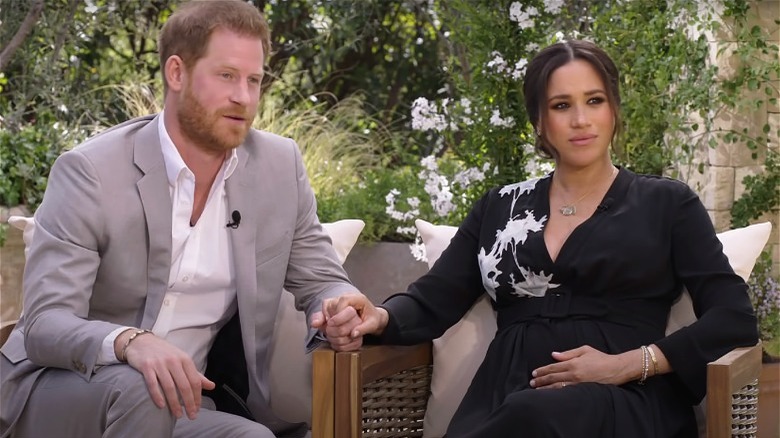 Omid Scobie and his co-author Carolyn Durant claim in their book “Finding Freedom” that Meghan Markle found the Oprah Winfrey interview “liberating,” per Newsweek. She felt “safe” enough to share her experience as part of the royal monarchy and finally voice things she had “been too afraid to say.”

And, while it was a positive experience for Meghan, Scobie and Durand report that Prince William did not have the same experience. They allege the Duke of Cambridge “was understood to be ‘furious’ that private family matters were being discussed in the public domain.” After all, Harry had gone against the royal creed of “never explain, never complain,” and had aired the family’s alleged dirty laundry. To make matters worse, William was still bound to the mantra. And, save for denying that they were racists, he could not address Meghan and Harry’s bombshell allegations.

Even though Meghan and Harry’s interview was aired in March, it still continues to make headlines. Isn’t it about time Harry and Wills kiss and make up and stop allowing others to cash in on their rift?