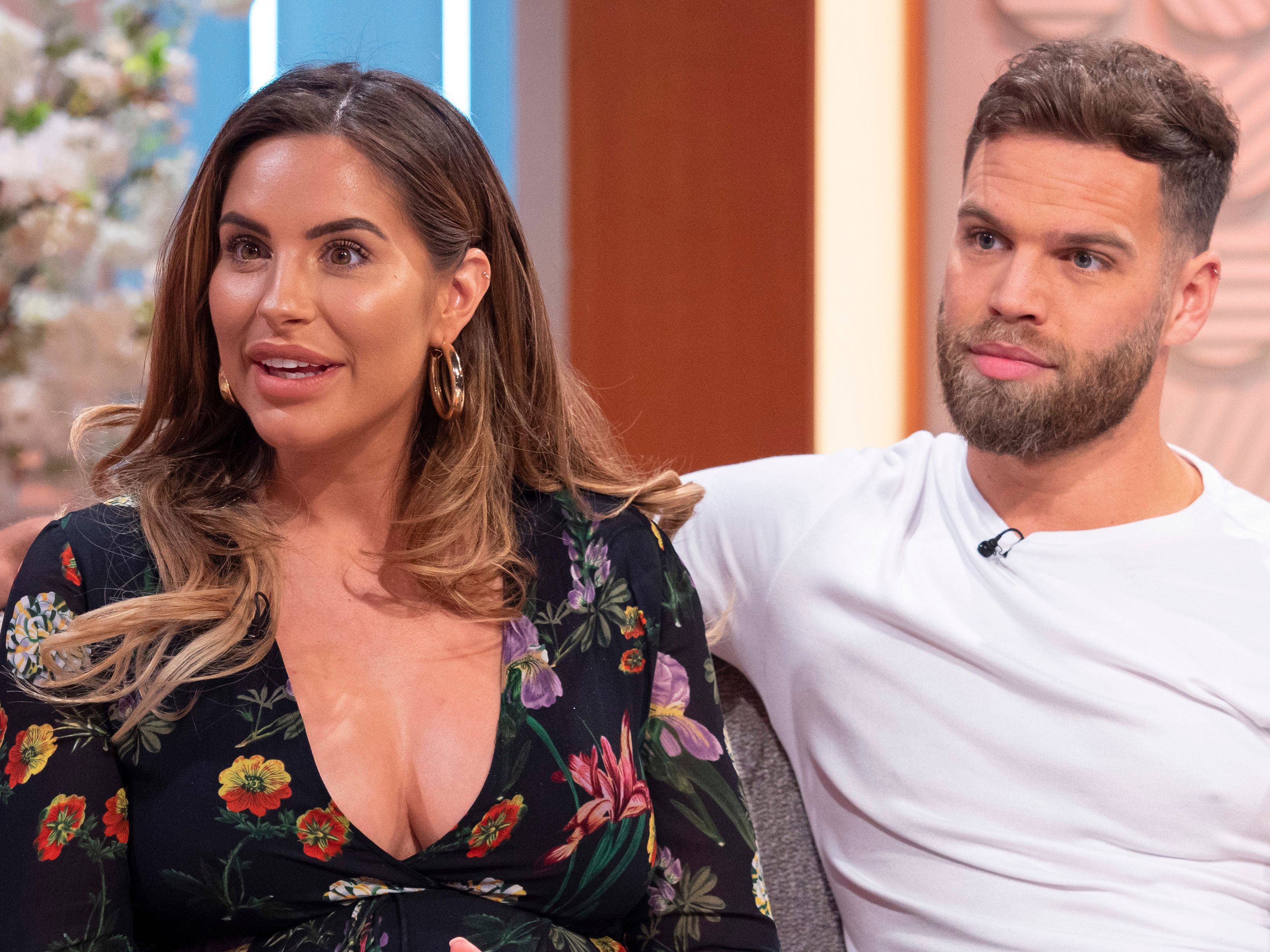 One wrote: ‘Think it would of been better if Jess And Dom had been interviewed by someone who had watched love island . Who had a general interest in them and their love story .#Lorraine,’ while another piped up to add: ‘#lorraine is even more excruciating than normal. This deals bit is awful, Carol hasn’t a clue how to interview, hope the magicians make it all disappear.’

A third simply went on to Tweet: ‘Yeah, Carol has to go.’

Having revealed the exciting news of their imminent arrival to the public, 25-year-old model Jess confessed she took ten pregnancy tests when she discovered she was expecting.

She revealed: ‘We found out at on to two weeks. We did ten tests just to make sure.’

The couple went on to reveal why they kept their baby news a secret for nearly six months, with Dom, 28, telling New! magazine: ‘Jess’ blood is rhesus negative, which means there could be a risk for the baby’

Rhesus disease is a condition where antibodies in a pregnant woman’s blood attack her baby’s blood cells.

Dishing the details on the condition, Jess went on to say: ‘I didn’t know it was a thing until recently and it can cause miscarriages. I wanted to make sure everything was good with the baby and it also gave us a bit of time to enjoy it together.’