The love triangle just took a turn. After Khloé Kardashian’s bikini photo had both her exes — Lamar Odom and Tristan Thompson — sending flirty comments her way, the Boston Celtics basketball player had some unkind words for Odom. 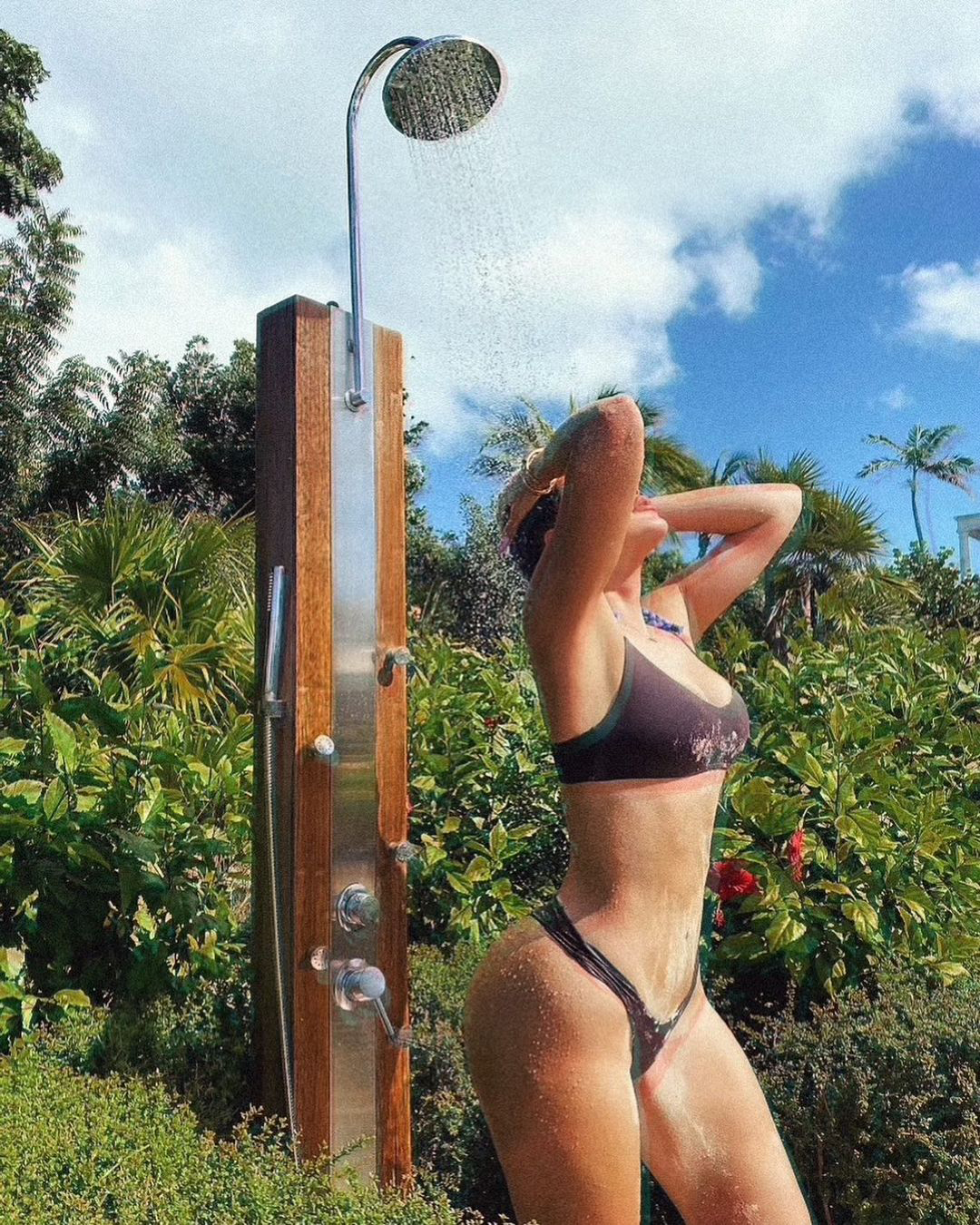 The Keeping Up With the Kardashians alum, 37, shared the bikini snap of herself rinsing off in an outdoor shower via Instagram on Friday, July 9. After the Good American founder posted the pic, Odom added his “hottie” message along with the following emojis: “🔥🔥😍😍❤️🥰🥰.”

At the time, Thompson also added a series of flirty emojis, “❤️❤️🤤🤤” before sending the second message that was directed toward the former Olympian regarding his overdose and coma in October 2015.

All the Times Tristan Thompson Insta-Flirted With Khloe Kardashian

The Revenge Body alum married Odom in September 2009 after dating for one month. She filed for divorce in December 2013, which was finalized in December 2016. Prior, she briefly withdrew her petition to serve as his medical proxy following the overdose. 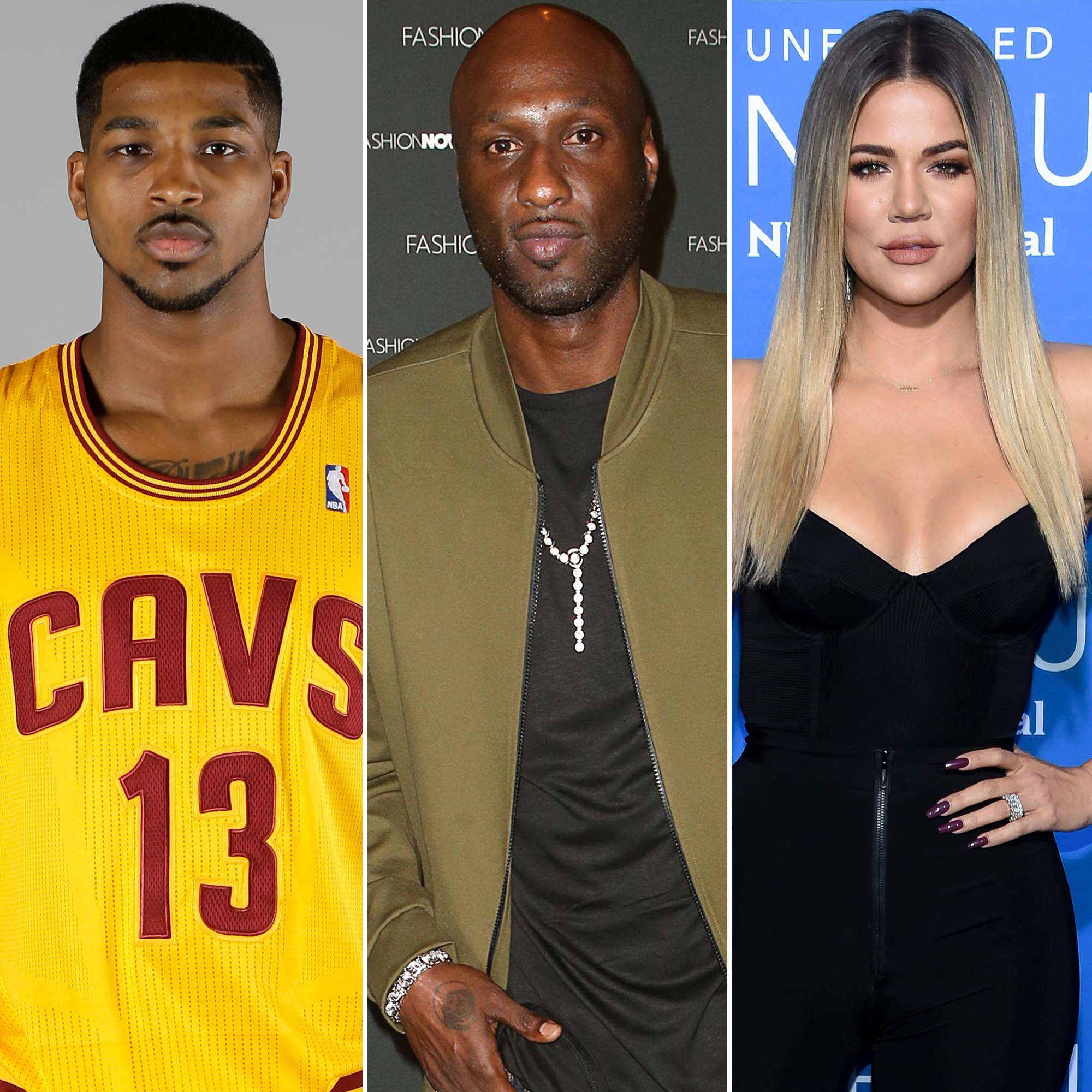 In May 2021, the Dancing With the Stars alum revealed he hasn’t had much contact with his ex-wife in recent years.

“Unfortunately, you know, due to my behavior and some bad decisions, we don’t really talk any longer,” the Khloe and Lamar alum said on SiriusXM’s “Radio Andy” show at the time. “I miss their family tremendously. We have to live with the decisions that we make and then, hopefully in time people heal and [will] be able to forgive me.”

The Strong Looks Better Naked author eventually moved on to date Thompson after they were first linked in September 2016. A year later, the pair announced they were expecting their first child together.

“My greatest dream realized! We are having a baby,” the reality TV personality wrote via Instagram in December 2017. “I had been waiting and wondering but God had a plan all along. He knew what He was doing. I simply had to trust in Him and be patient. I still at times can’t believe that our love created life! Tristan, thank you for loving me the way you do! Thank you for treating me like a Queen. Thank you for making me feel beautiful at all stages! Tristan, most of all, Thank you for making me a MOMMY!!!!”

Khloe Kardashian Through the Years: Reality TV, Motherhood and More

Days before the model gave birth to their daughter True in 2018, the athlete was pictured with another woman. The pair remained an item until he was caught kissing Kylie Jenner’s best friend at the time, Jordyn Woods. Kardashian and Thompson split in February 2019.

“I was just hoping for a better outcome. I was hoping for better for my daughter and myself,” Kardashian admitted on KUWTK in June 2019. “I’m not talking to him, like they’re both at fault. … Look at what he did when I was nine months pregnant. But, I knew that’s what he was. I had no idea that’s what she was.”

They reconciled in 2020 amid the coronavirus lockdown before calling it quits this June. “They broke up a few weeks ago,” a source told Us Weekly at the time. “They remain amicable toward each other and will continue to coparent [their daughter].” The insider added that “there was no drama” between the former couple and that “things just didn’t work out.”