11:21 AM PT — According to legal docs, obtained by TMZ, Nichols claims TT offered her $75,000 to apparently stay quiet about the baby. Interestingly enough, the alleged messages from Tristan also claim he will retire after this NBA season, making him unemployed — and at least, according to him — will require him to pay a smaller amount in child support. 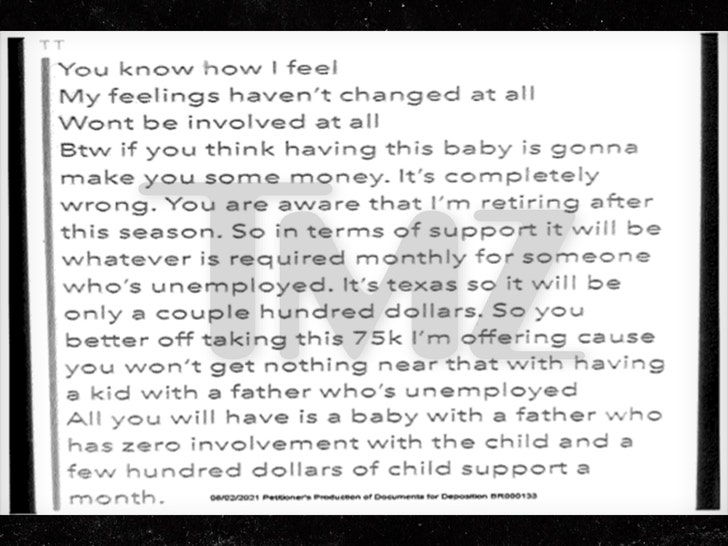 Tristan Thompson is allegedly about to become a dad x3, this time with a woman out of Houston who claims she got pregnant after a brief fling with the NBA star … and now wants him to pay up in the form of child support.

Maralee Nichols claims she’s due to give birth to a baby boy today, December 3, according to new docs obtained by The Daily Mail. Nichols says the baby was conceived in Houston back in March … around the time Thompson was in town to celebrate his 30th birthday.

The DM reports Thompson admits to having sex with Nichols several times at the hotel … and previous to meeting up she had promised him a “birthday surprise” which he knew meant birthday sex.

If Nichols’ timeline is accurate, Tristan was still publicly with Khloe Kardashian at the time he and the expecting mom hooked up.

One thing up for debate — how long the fling lasted. Tristan reportedly says it was only a one-night stand, but Nichols says the two had been together off and on for around 5 months prior to the March hook-up. 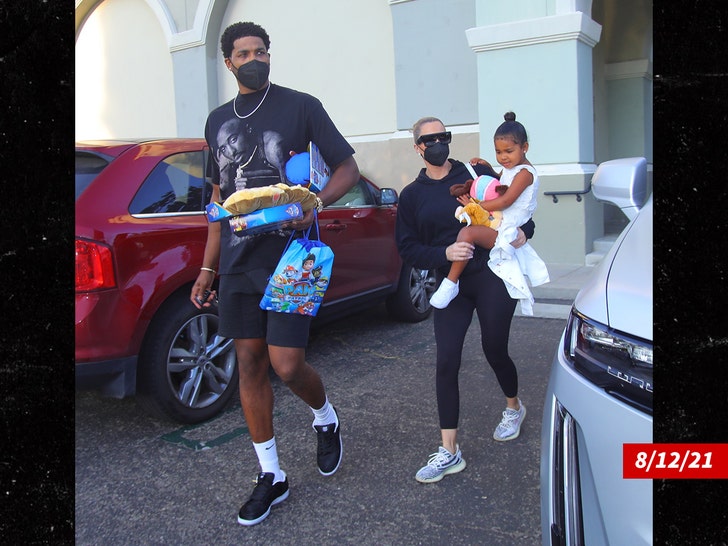 As for Tristan and Khloe, they broke up in May, shortly after a woman named Sydney Chase made allegations she and Tristan had hooked up. Both Tristan and Khloe have publicly supported each other since the split and are often seen co-parenting their daughter True.

The baby boy would be Tristan’s third known child.

Nichols is asking for child support and for Tristan to cover her pregnancy-related medical expenses.