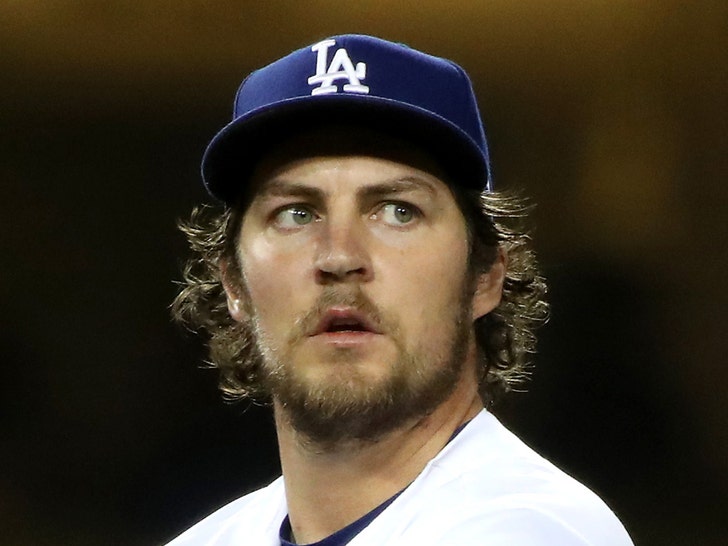 11:44 AM PT — Bauer’s co-agents, Jon Fetterolf and Rachel Luba, say the pitcher agreed to the paid leave … saying the move was part of “a measure of good faith and in an effort to minimize any distraction to the Dodgers organization and his teammates.”

The agents added that Bauer “continues to cooperate with the MLB investigation and refute the baseless allegations against him.”

Trevor Bauer will not pitch again for the Dodgers this season — not even if they make it to the World Series — ’cause the MLB has just extended the star’s paid leave through the end of the year.

The baseball org. and the MLBPA announced the move Friday … agreeing to put Bauer on the shelf for the rest of 2021 as an investigation into sexual assault allegations against the pitcher continues.

As we previously reported, the 30-year-old Cy Young winner has been on administrative leave since late June … following accusations that he got violent with a woman during two sexual encounters in the spring.

The alleged victim told cops Bauer punched her and choked her unconscious during their meetups … leaving her with scrapes, scratches, bruises and other injuries.

The woman had obtained a temporary restraining order against Bauer following it all … though a judge ruled last month a permanent one could not be put in place because Bauer did not pose a continual threat to the accuser.

Prosecutors, meanwhile, are still mulling whether or not Bauer should be hit with criminal charges … after police turned over their investigation findings to the L.A. County D.A. in late August.

Another woman, meanwhile, has also come forward claiming she, too, was physically assaulted by the baseball player during sex.

Bauer, for his part, has denied any and all wrongdoing in both cases.

The MLB is still in the middle of its investigation into all of the claims.