Not today! While reports say Tori Spelling and her hubby are nearing a split, the actress shut down talk about her marriage during her Oct. 26 appearance on ‘The Wendy Williams Show.’

Tori Spelling, 48, was not in the slightest bit interested in speaking about the state of her marriage to Dean McDermott, 54, during an in-person interview on The Wendy Williams Show on Tuesday, October 26. The actress, 48, was asked about her 54-year-old husband amidst divorce speculation by her friend Whitney Cummings, who was guest hosting the show. “What is going on with that guy?” Whitney coyly asked in the interview — which can be seen HERE — before she outright mentioned Dean’s name to Tori. But the Beverly Hills, 90210 star did not take the bait, and she immediately shut down talk about her marriage. 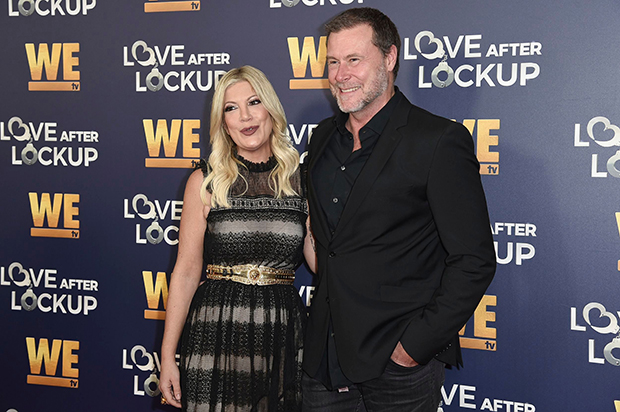 “You know I’m not gonna answer that,” Tori firmly told the comedian.  Whitney respected Tori not wanting to speak about the marriage, telling her, “Fair enough. Fair enough. We asked. I love you. This is somebody who has strong boundaries, and she’s controlling the narrative and she answers the questions [we] want to ask when she wants to answer them, and I respect that and I love that about you.”

Tori remained pretty stoic while she got the nice compliments from Whitney. “That’s awesome,” the actress said, before asking Whitney, “So what are you gonna ask me next?” The two stars then laughed off the awkward situation, with Whitney telling her pal, “I love you so much.” 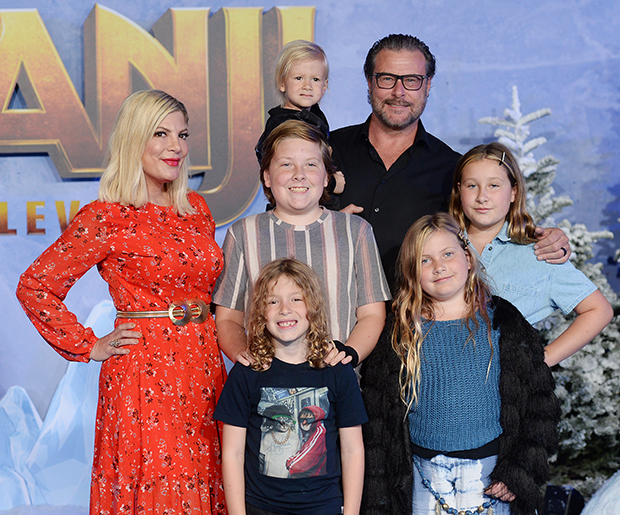 As HollywoodLife previously reported, Tori and Dean are apparently in the midst of a serious rough patch in their marriage. As recently as Oct. 18, Tori was spotted outside of a lawyer’s office in Los Angeles while holding a yellow legal pad that had the words “custody,” “support,” and “assets” scribbled on it. Days later, a source told us that the couple — who have been married since 2006 and share five children — “are not getting along and they haven’t for a long time.” Our insider also said that Tori “just doesn’t trust” her husband, who publicly admitted to having an affair back in 2013.

Tori has still not addressed the split rumors. Dean, however, somewhat did when he appeared on the “Feminine Warrior” podcast in September and called the rumors “weird.” He said, “I don’t reply, you know, anymore. It’s just weird that people need to know. ‘What’s going on with Tori and Dean? She’s not wearing her ring.’ Why do you need to know that? How is that going to affect your day?”

We’ve reached out to Tori and Dean’s reps ever since the divorce speculation surfaced, but we haven’t heard back.